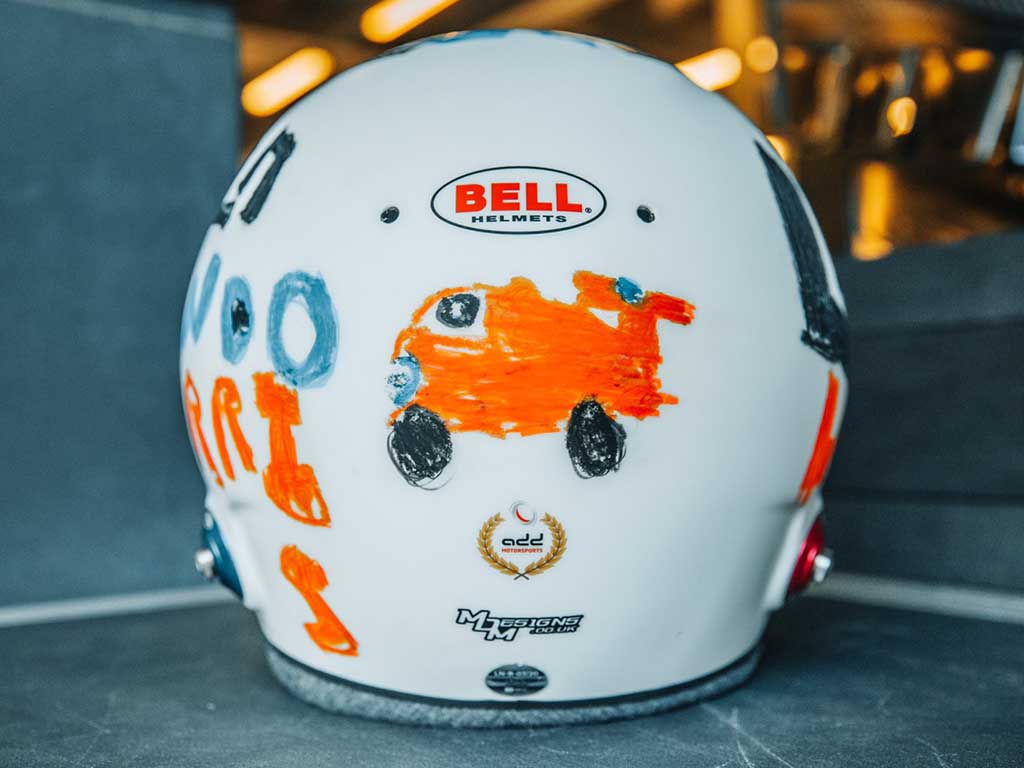 A six year-old girl has won a competition with Lando Norris using her helmet design at the British Grand Prix.

Norris created the competition for his fans, asking them to design a helmet for him to use at his home race – the rule restricting the number of designs a driver can have in a season was scrapped before the 2020 campaign began.

And it was Eva Muttram, aged only six, who won the competition with her design, submitted on behalf of her father.

Speaking on his Twitch channel, Norris said: “It reminds me a lot of when I was younger, designing helmets, drawing away, just when I was like five, six, seven years old, printing off hundreds of helmet designs, colouring them in and doing whatever.

“This is the winner. It’s very different to what I’m used to. All this glitz and glamour and sparkly bits and swooshes and cool stuff, I just went with something that reminded me of me when I was young.”

My helmet design for this weekend! THANK YOU EVA! Eva’s 6 and she created this for my design competition and it just reminded me a lot of when I was younger scribbling away coming up with some cool things, it’s just super original. Thanks for taking your time design it Eva ✊ pic.twitter.com/YAZoeJ1nqR

With a smile Norris said the hand-drawn orange and blue McLaren on the back of the helmet “is what our car looks like this weekend with the new upgrade”.

“I like the colours, and it’s very original. Thank you very much Eva.

“Hopefully in some other races we can do more of this and run some more competitions and stuff.”

Before the season started Norris said it was his intention to race with a different helmet design at every race in 2020.