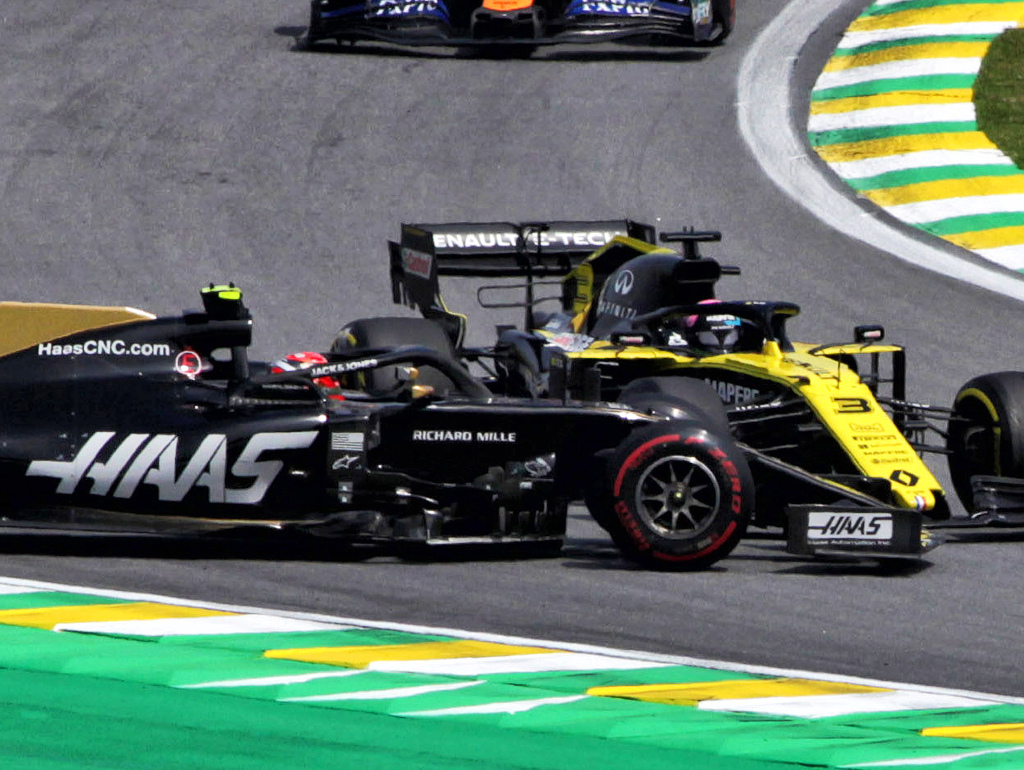 Daniel Ricciardo admits he was responsible for the collision with Kevin Magnussen that saw the Haas driver label him a “f**king idiot” at the Brazilian GP.

Fighting for position at the Interlagos circuit, Ricciardo tried to pass Magnussen up the inside at Turn 4.

Instead he locked up a wheel and slid into the Dane, pitching him into a spin.

Ricciardo was slapped with a five-second time penalty for causing a collision.

“I take responsibility for the incident with Kevin,” he later admitted to the Guardian.

“It was close, but I went into him and he spun. Sometimes you can do that and it works, but sometimes you touch wheels.”

Ricciardo pitted after the collision as his RS19 needed to be fitted with a new front wing.

That dropped him to the back of the field while his second stop of the afternoon saw him stationary for the five-second penalty, again dropping him down the order.

He recovered to finish sixth.

“In that situation you think the race is over, but we kept our heads down and managed a really strong race,” he added.