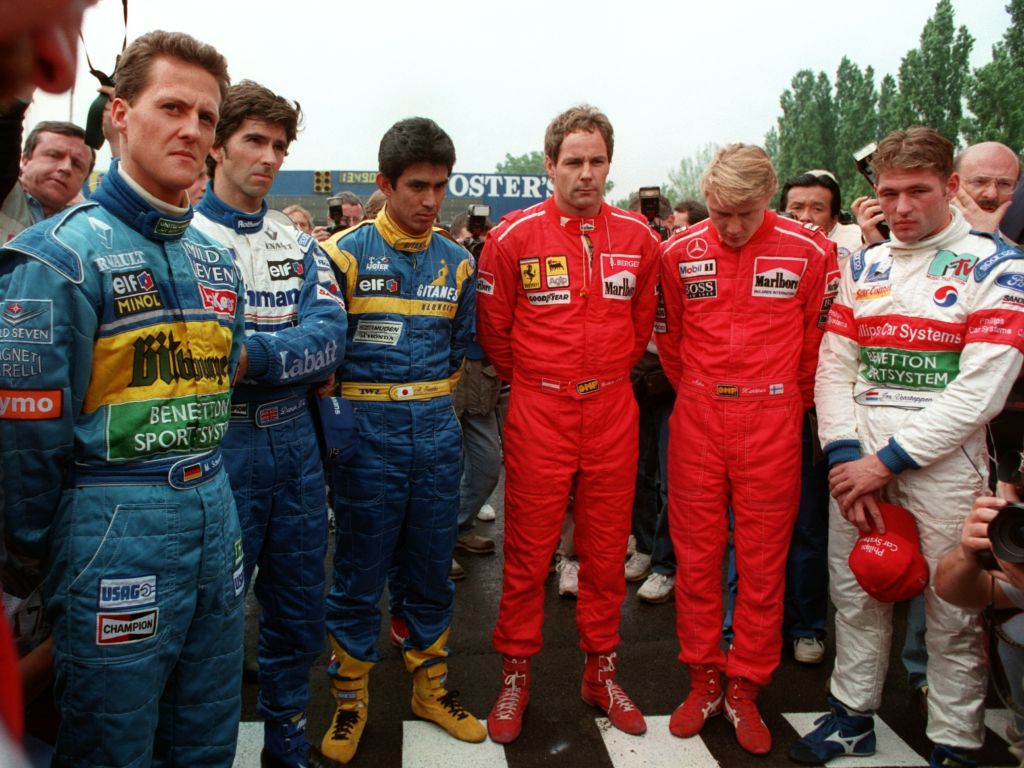 The Circuit de Barcelona-Catalunya will host various tributes to Ayrton Senna and Roland Ratzenberger as part of the Spanish GP weekend.

1 May 2019 marked 25 years since Ratzenberger and Senna tragically lost their lives at the 1994 San Marino GP, with Simtek’s Ratzenberger suffering fatal injuries during qualifying, while Senna succumbed to injuries from his 145 mph crash at Imola’s Tamburello corner.

An Austrian flag was famously found in the cockpit of Senna’s Williams FW16, a flag he planned to wave on the podium after the Grand Prix in honour of the fallen Ratzenberger – after the 2019 Spanish GP a half Brazilian and half Austrian flag merged together will be presented to the winner.

Smaller versions of the flag will be handed out to the fans to wave during the podium celebrations.

“With this idea in mind, the Catalan racetrack has created an Austrian-Brazilian flag, merging the nationalities of both drivers, which the attending spectators shall show at the Circuit, and which the winner of the Grand Prix shall show on the highest step of the podium, in order to complete the tribute that never happened, on behalf of Ayrton Senna.

“Thus, we will not only be paying tribute to the Brazilian driver, one of the world’s most important drivers in motorsport history, but also to Ratzenberger.”

In addition, on 8 May, TheChequeredFlag report that British sculpture and portrait painter Paul Oz will unveil a life-size sculpture of Senna in Palau Robert in Barcelona, where an exhibit of 15 classic Formula 1 cars will also be on display to the public.

On Thursday 9 May, the sculpture will be placed in the commercial area at the circuit. Graffiti artist Axe Colours be in action over the weekend, creating an image of the driver.

Further tributes are planned in the opening ceremony before Sunday’s race.