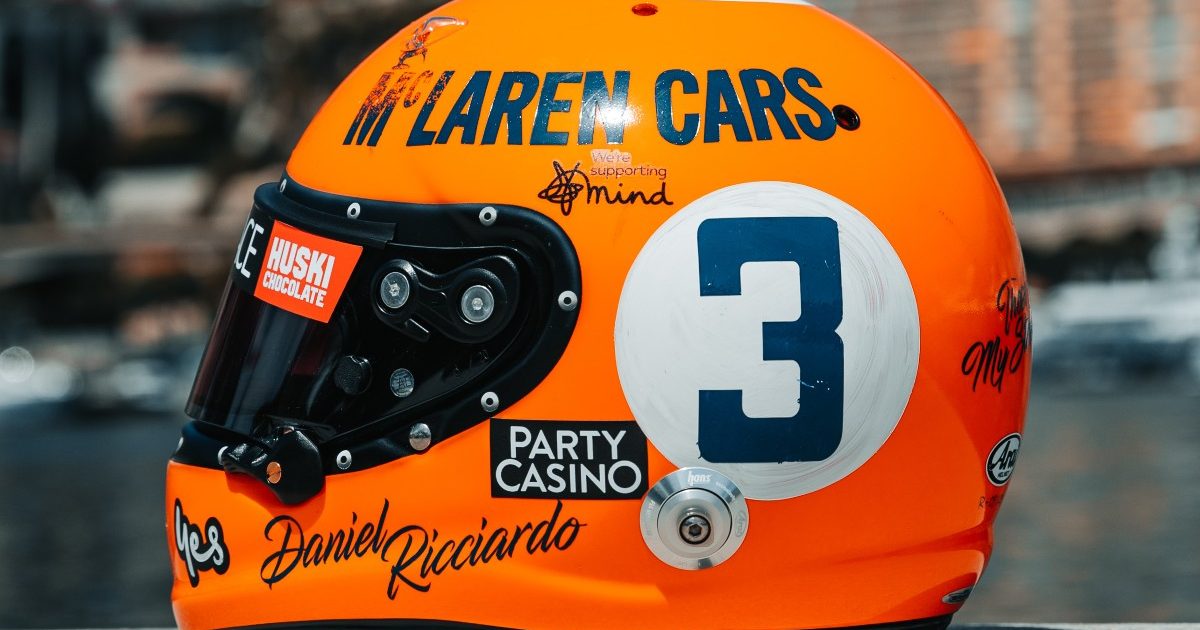 A whole host of drivers have revealed special helmet designs that they’ll be using at the Monaco Grand Prix.

Not only is the upcoming race in Monte Carlo perhaps the most famous on the F1 calendar, but it will be particularly significant for a number of teams and drivers for various reasons,

As a result of that, plenty of special designs will be on display.

It is perhaps special for Williams more than any other outfit on the grid as it will be their 750th race in Formula 1, and to make the occasion, Nicholas Latifi and George Russell will both be wearing helmets paying tribute to the feat.

Both are blue and white, staying true to the traditional team colours, while Russell’s design includes photos of cars from the team’s past and Latifi’s has wreaths for each of the Constructors’ Championships that they have won.

Williams aren’t the only British team doing something different for the weekend, either.

McLaren dazzled when they unveiled the stunning Gulf livery that they’ll be running on their cars in Monte Carlo, and Lando Norris and Daniel Ricciardo will have helmets that follow that theme.

Like the car, Norris’s helmet is predominantly light blue with orange touches and old school effects such as goggles and a leather strap painted on.

Ricciardo’s meanwhile is papaya with old-fashioned black numbers on a white circular background, and it also features the old McLaren Cars logo.

The first and so far only Monegasque to win the Monaco GP. Bringing a part of Louis Chiron back on track 🇮🇩 pic.twitter.com/9wWeTH7s2P

While Ricciardo and a number of other drivers live in Monaco, Charles Leclerc is the only one that can call it his home race, so it’s no surprise that he’s also made a special helmet for it.

Specifically, he has paid tribute to the only Monegasque to even win the race, Louis Chiron, who did so in 1931 driving for Bugatti.

The design is mainly blue with some red and white touches, with the top including Chiron’s signature above the words “Monaco Grand Prix 1931 Winner.”