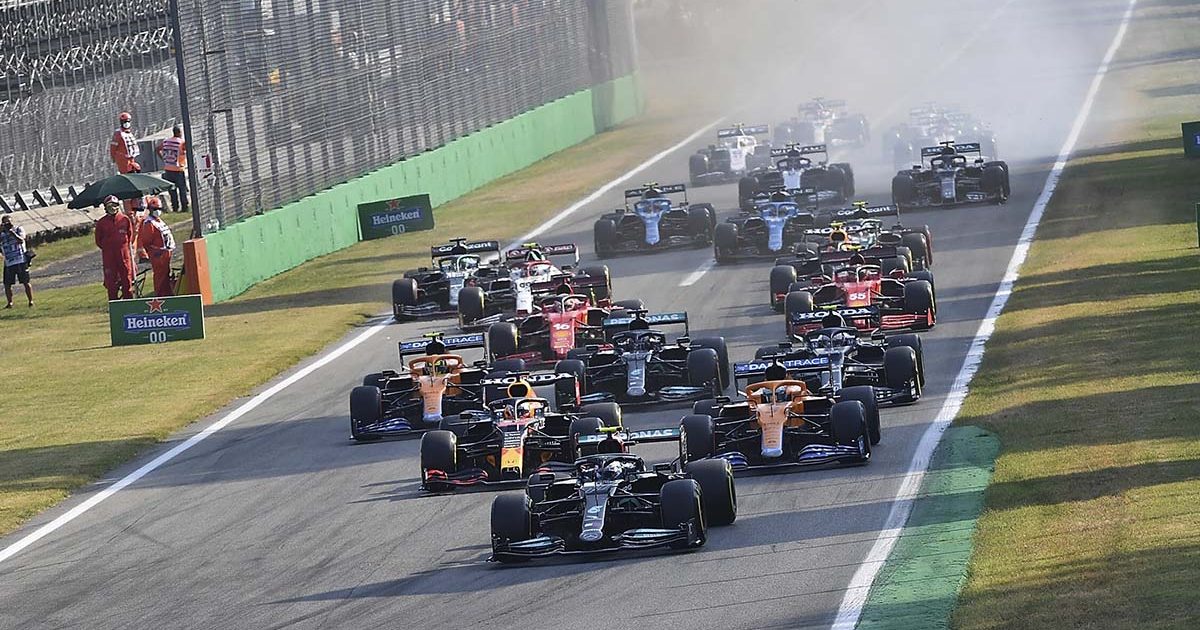 A report from Italy claims that sprint qualifying could yet feature a reverse grid element from 2022, which has previously been an unpopular prospect among fans.

After Formula 1 CEO Stefano Domenicali insisted before the season started that the idea of reverse grids in sprint qualifying was “over”, Italian publication Gazzetta Sportiva claim that the idea is being revisited and will be discussed at the next meeting of the World Motorsport Council meeting in December.

The thought is reverse grids could tie into Formula 1 running a separate ‘sprint championship’ – including a separate title – but these sprints would not affect the starting slots for the main grand prix grid.

Gazzetta Sportiva report that the top eight or 10 drivers from Friday’s qualifying session would be reversed, with a standalone sprint on Saturday – but the starting grid for Sunday would come directly from the results of the standard qualifying session on Friday, which in theory would clear up any issues surrounding the official awarding of pole position in qualifying.

However, teams and fans are thought to be vehemently against the idea of any kind of reverse grid element coming in within Formula 1, so the idea may not be able to be implemented at all if the opposition within the sport remains strong enough.

Alain Prost said he would “leave the sport” entirely if reverse grids come into play, while Aston Martin team principal Otmar Szafnauer agreed that introducing them would lead Formula 1 on a “slippery slope” towards becoming a Formula 2-style series.

Due to the apparent success of the tests in 2021, sprint qualifying is due to appear at up to a third of races in 2022, meaning around seven grand prix weekends will feature a sprint element next season.

The current format sees a shortened 100km race take place after Friday’s qualifying session, which determines the grid for the main race on Sunday. After two trials at Silverstone and Monza, a third test event will take place in Sao Paulo in November.

A small number of World Championship points are awarded to the top finishers in sprint qualifying too, with three points for the ‘winner’, two points for finishing second and one for third.