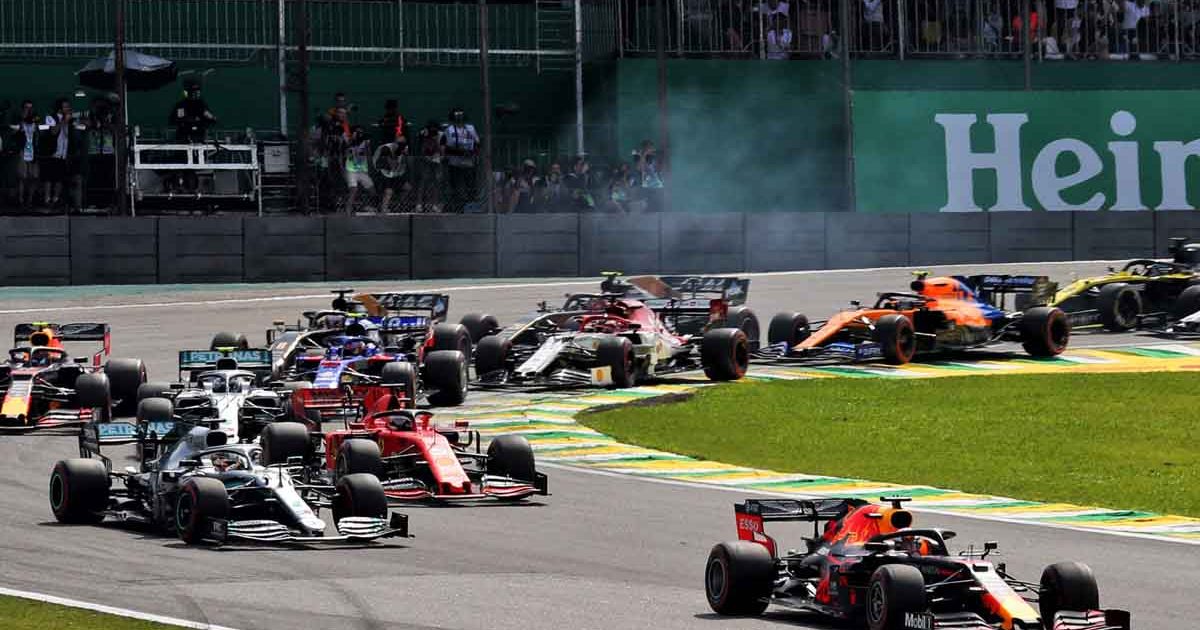 Formula 1 CEO Stefano Domenicali has confirmed that should the race go ahead, the Brazilian Grand Prix will host the third and final trial of sprint qualifying in 2021.

However, Brazil has one of the highest Covid-related death tolls in the world and is still experiencing around 1,000 deaths per day due to the virus.

Should the state of the country’s pandemic response not improve in time for the scheduled grand prix in Sao Paulo in November, the race may be cancelled altogether for the second year running.

Monza has been confirmed as the second host of a sprint when the Italian Grand Prix takes place in September and if Covid-19 restrictions in Brazil allow, Interlagos will host the final trial of the proposed new qualifying format – which Domenicali believes has gone down well so far.

“When we talk about the sprint race format, the idea was to offer something different to all stakeholders in F1,” Domenicali said to investors on Wall Street, quoted by the Dutch edition of Motorsport.

“We said we wanted to do tests this year. One has already been done at Silverstone, another will be at Monza. And the third will be in Brazil at the end of the season. After this test we will see what the next step will be.”

The structure of the race weekend at Silverstone was significantly altered for the first trial, with a traditional qualifying session taking place on the Friday, which shortened the practice time for the teams and saw the cars run on low fuel over a 100km distance to set the final grid.

The FIA and F1 have been looking for ways to alter a race weekend so meaningful running can take place on each day of the race weekend, and Domenicali feels the trial run in Britain achieved that goal.

“The people who came to the circuit on Friday [at Silverstone] were really all set for Friday’s qualifying,” he said. “The result of that first event has been very positive, if I may say so, which is great.

“It has brought a lot of attention and also new partners, because thanks to that we have brought in Crypto.com [new sprint qualifying sponsor].”

F1’s managing director of motorsports, Ross Brawn, has insisted throughout the sprint qualifying tests that the format would be shelved if fan reaction is not sufficiently positive, but Domenicali is already hinting plans may already be in place for how sprints could remain within Formula 1 beyond 2021.

“We will have a full evaluation at the end of the season,” said the former Ferrari team principal. “Of course, we have a plan for the future.

“We are developing and refining it after the comments we have received. We are ready to prepare a proposal at the end of the three sprint races, which will hopefully be a big step and a different future of Formula 1.”