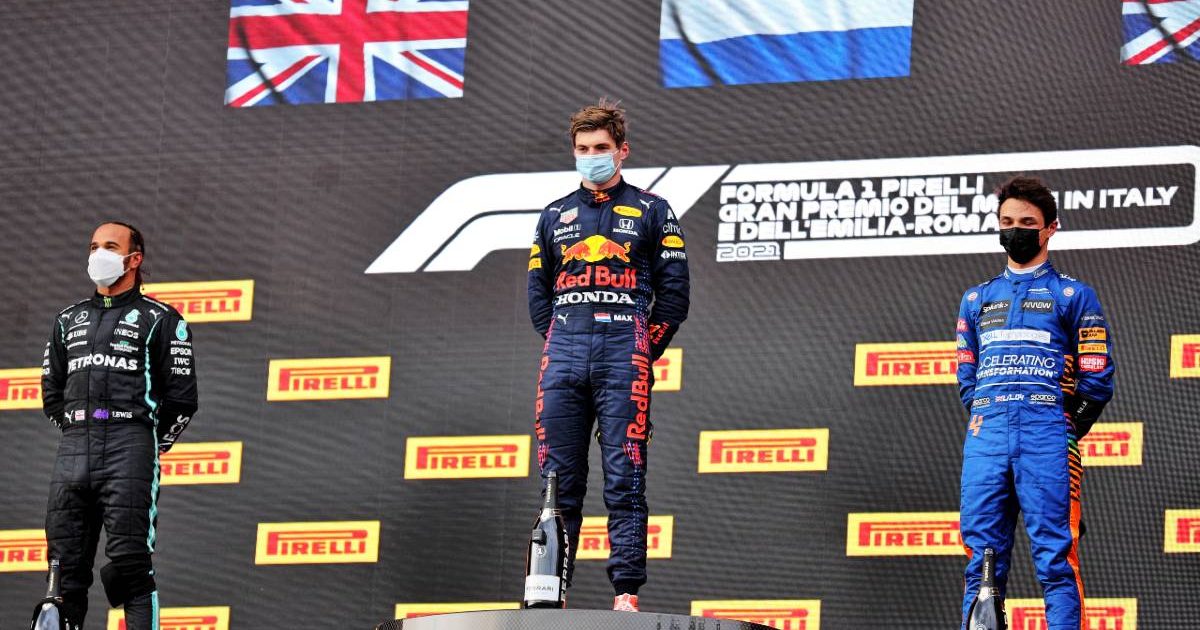 Stefano Domenicali has expressed his surprise that Max Verstappen, rather than Lewis Hamilton, was recently voted F1’s most popular driver.

The biggest ever survey of Formula 1 fans resulted in Verstappen receiving the highest number of votes in the favourite driver poll, 14.4%, with Hamilton actually down in third position behind his younger compatriot Lando Norris.

Considering the longevity of his career and monumental achievements as a seven-time World Champion, it was perhaps unexpected that Hamilton should find himself behind two much less experienced racers in the list.

But Domenicali, the F1 CEO, also sees the appeal of younger drivers, especially in the minds of those most likely to have voted in the survey.

It emerged that from when a similar survey was last conducted, the average voting age had decreased by four years from 36 to 32.

Asked if he was surprised Hamilton was not at number one in the poll, Domenicali, quoted by Motorsport.com, answered: “Well, I have to say, yes, in a way.

“But on the other hand, if you think about the demographic of the people that are more involved in these kind of [votes], I think you understand why Lando has a great audience, in that respect.

“It’s more connected to the fact he has an approach with them that is fresh, in a way that is more close to the people that are following that. That is my personal view.”

In fairness, there were not big margins between the top three, with Hamilton’s 12.5% of the vote making it a relatively close-run thing between he and the two young guns.

Still, Domenicali sees the outcome as evidence that the new breed of Formula 1 drivers have the personalities to endear them to the sport’s audience, due to their enthusiasm, openness and willingness to engage with the fans.

“I don’t want to give a bigger magnitude than what it is, but for sure it’s a sign that, as I always said, we don’t have a problem with the drivers for the future,” said Domenicali.

“We have an incredible group of young, very talented and very good drivers that is of value for Formula 1.”

Domenicali agreed that Netflix’s ‘Drive to Survive’ series will have played a big part in bringing new fans to F1 since the last vote in 2017.

“For sure, Drive to Survive had a big impact, mainly on the ones that were not really so avid fans of Formula 1,” added the Italian.

“They saw different narratives with regards to the sport. For sure, it had a positive impact.”