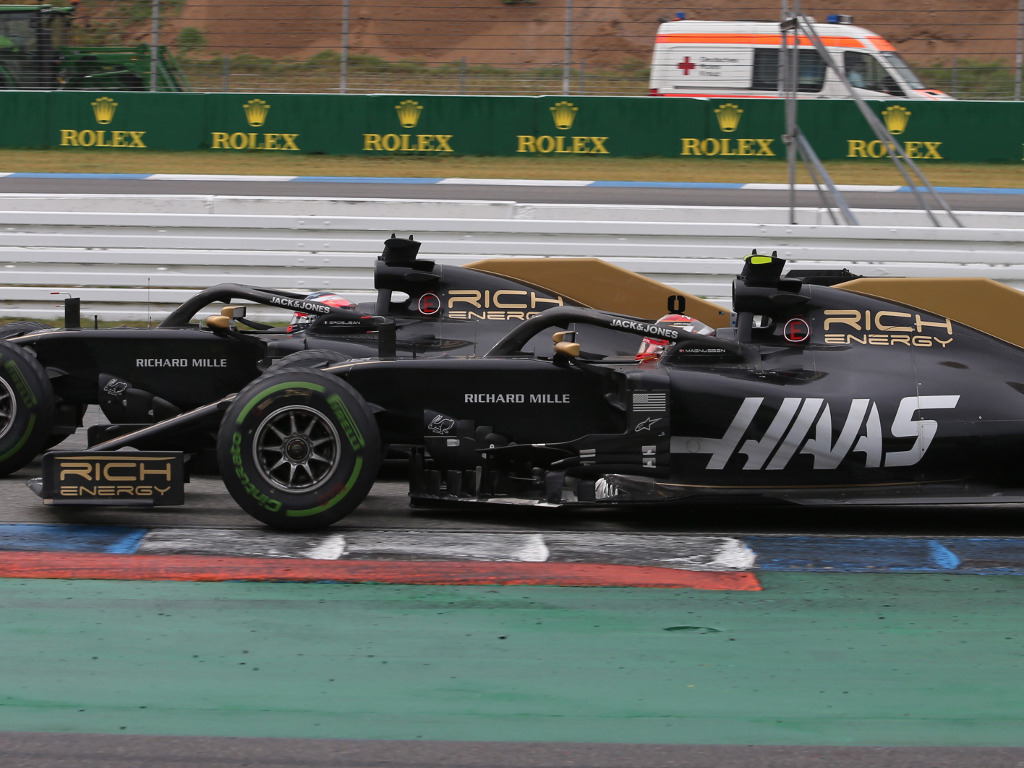 Haas team principal Guenther Steiner admits that their 2019 challenger is the “strangest car” he has ever worked with.

Romain Grosjean again reverted to his Australia-spec VF-19 in Germany, while Kevin Magnussen ran the latest package – this will continue at the upcoming Hungarian Grand Prix.

The American outfit are in a desperate search for solutions to their yo-yo form which consistently sees their performance fade away dramatically in race set-up.

Steiner admits the team remain “baffled” by the issues and branded the VF-19 the “strangest car I’ve ever worked with”.

“We’re still to understand where we are,” Steiner told Autosport. “This is the strangest car ever I’ve worked with.

“I mean, you can qualify sixth – which in reality is eighth, I know that – or qualify fifth sometimes, and then in the race you just drop off to second-last. It’s amazing.

“It hasn’t been many times that a car like this was around. I don’t remember anything like this, and therefore it’s even more difficult. You cannot just go back and say ‘hey, if you are always slow’.

“[In Germany], I think Kevin [Magnussen], without the lock-up, he would’ve made it into Q3 pretty easily. But then again, in the race, you end up being slow. I’m baffled.”

“But we haven’t come to that conclusion because in FP3 [at the German GP], look at the time from Kevin, it was an amazing time. Where did it come from, I don’t know.”

Although Pirelli deny responsibility, Steiner still believes the 2019 tyres are playing a huge role in all of this.

“I think it’s still the tyres,” he insisted. “It’s how the car influences the tyre. When we get the tyre to work, we are on it – and we need just to understand that one, what does make it work and whatnot.

“We know the window of the tyre is small, where it works, and that will not change, so we need to find out why we are popping out sometimes and sometimes not.”