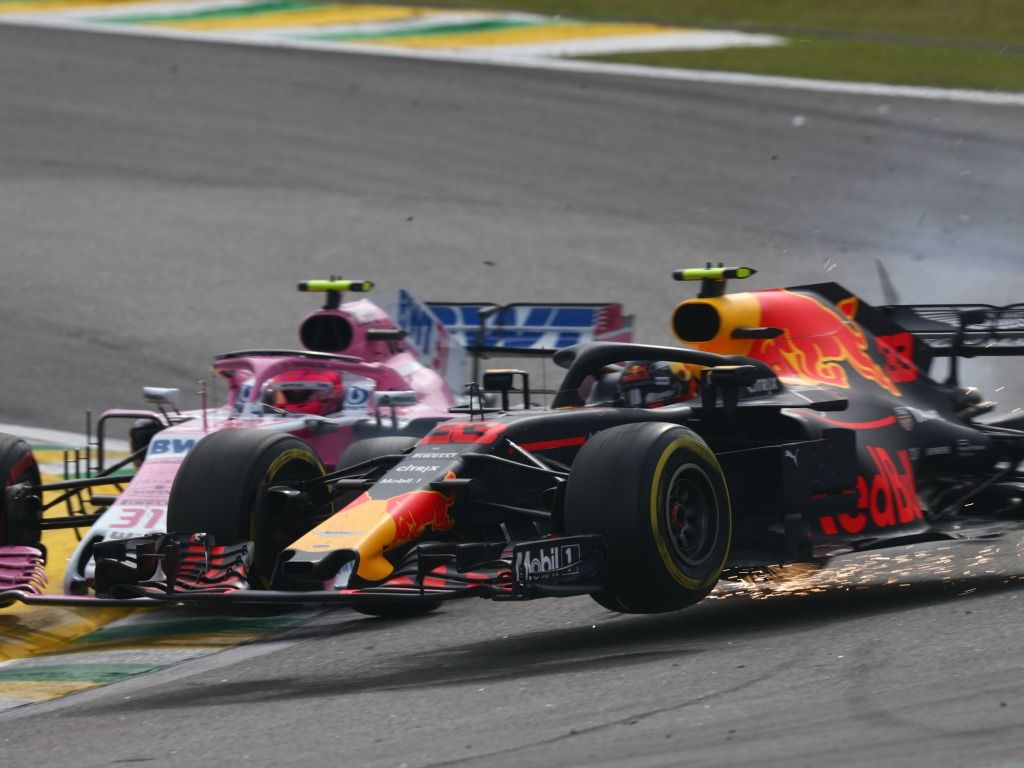 Villified for his “foolhardy” driving in the Brazilian GP, footage and audio of Esteban Ocon’s clash with Max Verstappen has been released by the official F1 website.

Ocon was hit with a 10-second stop-go penalty, and physically shoved by Verstappen after the race, for his part in the Dutchman losing the Interlagos win.

Verstappen was on course for his first back-to-back victories when Ocon tried to unlap himself and the two spun.

But while the Force India driver was held entirely responsible, it may not be all that clear cut if one looks at the onboard footage and audio.

Onboard footage and team radio of the Ocon-Verstappen clash https://t.co/yQiK6KfxXZ

Told he “can pass Verstappen if you want,” Ocon closes in on the Dutchman’s rear wing.

Verstappen, well aware that Ocon was there, told Red Bull: “I have this Force India behind me pushing.”

“Understood,” is the response from the RBR pit wall, “he’s out there on fresh supers.”

At the start of lap 44, Ocon got the slipstream and easily pulled alongside Verstappen into Turn 1.

However, instead of letting him go, the Dutchman fought back – one could say he squeeezed him.

“I don’t think I need to comment on what happened,” said Ocon. “He didn’t leave me space.”

Force India replied: “Yeah, you were ahead and he didn’t leave you space.”