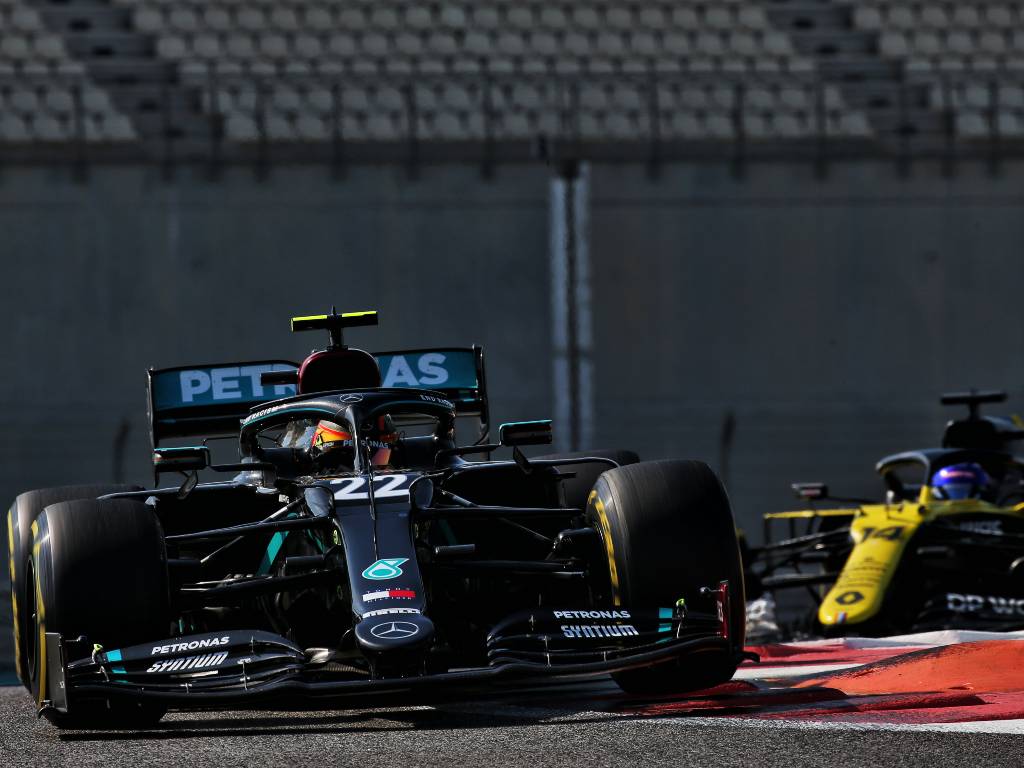 Being the official Mercedes reserve driver, the Belgian had hoped for a race call-up after Lewis Hamilton tested positive for COVID-19 – but he was overlooked and George Russell brought in from Williams on a temporary basis instead.

Vandoorne admitted the decision had “hurt” and was “disappointed” at the rejection, although he “respected” the choice the World Champions had made to put Russell in the car.

However, with a tough act to follow after Russell’s impressive Bahrain bow for Mercedes, Vandoorne made his point by doing all that was required before having to make an early dash from the post-season test at Yas Marina.

The 28-year-old former McLaren F1 racer – who, along with several other drivers, was given a special dispensation by the FIA to take part having not met the criteria – left before the end due to a commitment with the Mercedes Formula E team for which he competes.

But he made his mark in the W11 before he left, setting the fastest time of the 15 runners in the morning session and improving in the afternoon before calling it a day with 82 laps under his belt.

Nyck de Vries, Vandoorne’s Formula E team-mate, got in an extra 28 laps and ended up going 0.245sec quicker on his F1 debut.

He's a busy boy! @svandoorne had to shoot off early for a PR thing, but he wanted us to share this with you 👇 pic.twitter.com/ntXHEXrhbR

Vandoorne said: “I want to say a massive ‘thank you’ to the team for giving me this opportunity because the chance to drive a Championship-winning F1 car doesn’t come around very often and is very unique.

“It was a real privilege to drive the W11 and a really great day. I had to cut the afternoon a little short because I had to leave for the airport for a PR commitment, but nonetheless I’m really happy with the day we’ve had in the car and the opportunity to end the year driving the W11.”

Andrew Shovlin, Mercedes’ director of trackside engineering, added: “Stoffel has driven some of our previous cars over the last few years but this was his first time driving the W11, so it was interesting to get his feedback.

“Unfortunately, Stoffel had to leave early to make a commitment with the Formula E team and missed the cooler conditions at the end of the day, but we were able to get through a full programme.

“For Nyck, it was his first day in an F1 car and he’s impressed us with how quickly he was up to speed and his pace on low and high fuel.

“Both Stoffel and Nyck contribute to our F1 programme with simulator work, so today has been a really useful opportunity to let them try the real thing and a nice way for us to close off the 2020 season.”