Home News Surprise innovation to be unveiled on Merc’s W12? 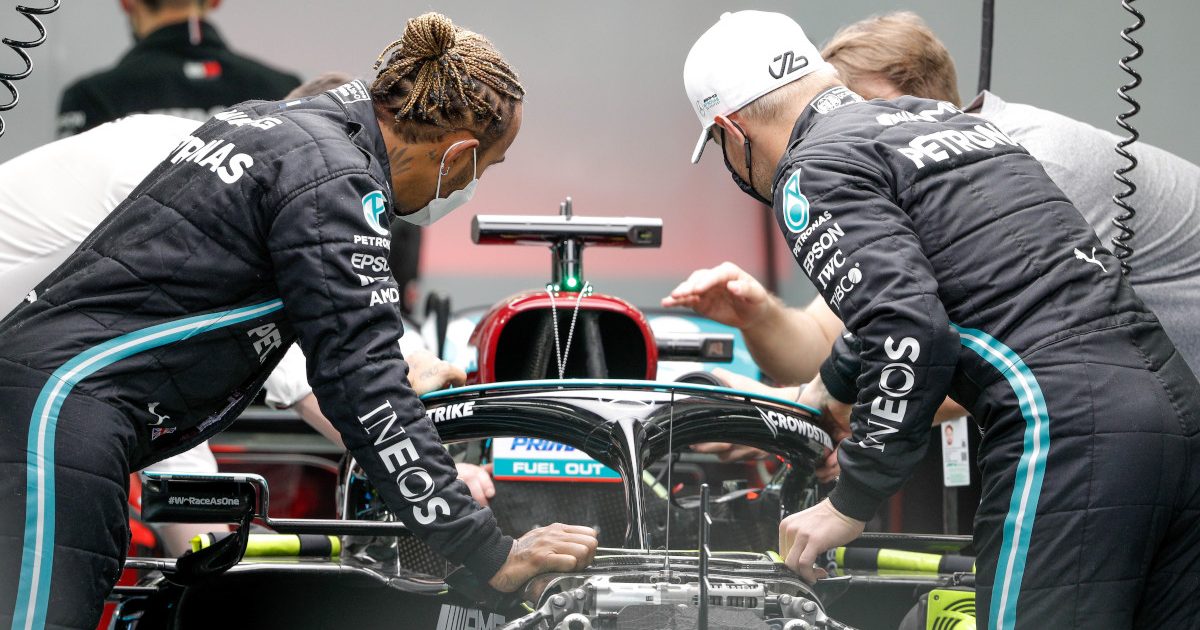 Toto Wolff has hinted at a mysterious innovation that has yet to be unveiled on Mercedes’ W12, but refused to give any details.

The team used that to great effect, taking 13 of the 17 grands prix wins on their way to a seventh successive Constructors’ and Drivers’ title.

This year the Brackley squad has already revealed that it has an new innovation with regards to its power unit.

“We’ve also got some completely new innovations that will be in the racing PU for the first time,” Hywel Thomas, Mercedes High Performance Powertrains boss, said at the launch of the W12.

“That was particularly challenging because last season finished late, so the winter period has been shorter than normal and has given us less time to prepare, which put extra strain on the business.”

That idea, which Thomas did not give details on, didn’t seem to help the team much in pre-season testing with Mercedes only fifth fastest, over a second slower than Red Bull.

Wolff, though, has now revealed that the engine innovation is not the end of Mercedes’ surprises.

One from last week. 🤩🤩 Our garage on ⏩⏩ pic.twitter.com/tloxLM1Akl

“You haven’t even seen what we’re going to put on the car yet,” Racingnews365 quotes the Austrian as having told Canal+ ahead of the season-opening Bahrain Grand Prix.

“Of course, there is room for innovation and that always made me happy. Every year we try to do something that is a little bit boxy.

“I’m not sure it makes a big difference in terms of the performance of the car. It’s beautiful if it works.”

Although Mercedes are chasing a record-breaking eighth successive championship double this season, they go into the Bahrain Grand Prix trailing Red Bull according to the pundits.

With his chance of taking an eighth World title on the line, Lewis Hamilton has said he is expecting a “massively exciting” battle this season.

“It’s massively exciting for us as a team,” said the Brit. “We are currently not the fastest and [it’s] how we are going to unite in order to get to where we want to be and I’m so excited for that challenge.

“I think it will be great for the fans and I love the collaboration with the men and women in my team to get to our common goal.”