Home News Szafnauer: ‘There were other credible bidders’ 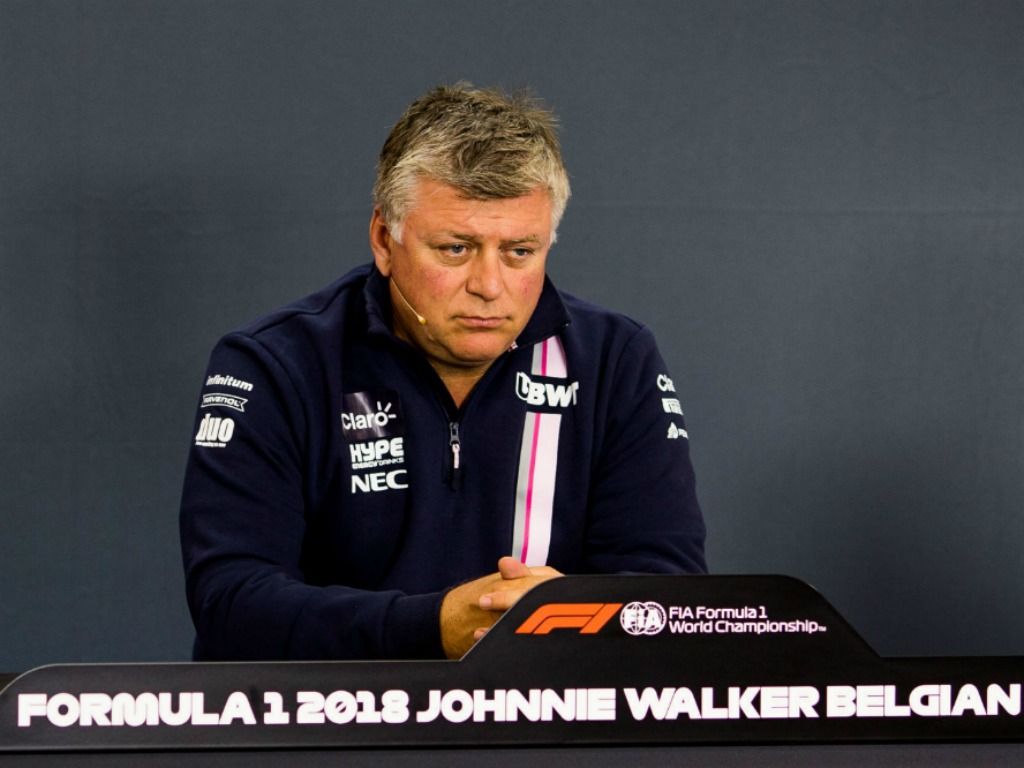 Otmar Szafnauer has admitted that the consortium led by Lawrence Stroll was not the only bidder to save Force India from administration over the summer break.

Szafnauer has now become team principal of the new Racing Point Force India, with both Vijay Mallya and Bob Fernley leaving their roles within the team.

Despite the changes, the Romanian-American said that all he could do was help the employees by keeping them informed of what was going on.

“The thing that I had to do in all this was keep the team informed of what was happening and make sure everybody had good information so they could make good decisions,” Szafnauer told Sky Sports.

“You know, it is trying times when you’re in administration, and you don’t know what the outcome is going to be.

“There is a lot of anxiety and uncertainty and the more information that I could give all the employees, the better off they were going to be, especially leading into the summer break, so that was my role in the entire thing.”

He also talked about the administrator’s role in the whole process, mentioning that Lawrence Stroll’s consortium were not the only group interested in purchasing the team.

“The administrator had his role and that was to find a rescue package and Lawrence [Stroll] put together a consortium to rescue the team,” the American continued.

“I understand there were other credible bidders too and the administrator had to decide.”

Szafnauer went on to explain where the new name came from, but says that everyone will still refer to them as Force India.

“Racing Point came from the fact that the company that purchased the assets of Force India is Racing Point UK Ltd so that’s where that comes from.

“Racing Point starts with no points and that is because we are a new entry.”

News broke over the last week that the other nine teams had allowed Force India to retain their prize money for the 2018 season.

“As far as the entrant goes, that is not an FOM issue, that is an FIA issue. The FIA said, ‘Look if you are a new entity then you’ve got to become a new entrant’.”

It seems that Liberty Media also put in some groundwork in making sure that Force India would remain on the grid this year, persuading other teams to vote for them to keep the prize money.

“They were supportive and they helped. Liberty [Media] were great, they said, ‘Yes we will sign up to that,’ and they too tried to help convince some of the teams,” the American continued.

“A lot of teams had to do their due diligence to make sure what they were doing was right for them too and in the end they all agreed.”

When asked about whether the name would change completely, Szafnauer said that he wanted Force India to stay so to not confuse the fans watching.

“So from a fans perspective, we look the same, so therefore the name Force India should obviously stay so you don’t confuse the fans.”

The only main issue with the change of ownership comes down to the driver pairing. With Sergio Perez expected to be secured for the 2019 season, it looks to be a battle between Lance Stroll and Esteban Ocon for the other seat.

With Lance’s father being the face of the consortium that has brought the team out of administration, the odds are in the Canadian’s favour, but for now, Szafnauer is focussing on the two drivers they currently have.

“In the short term, we are going to have the same drivers but we have got to start thinking about next year pretty soon, obviously, but that kind of stuff has not been decided yet,” RPFI’s team boss added.

“If that [Stroll moving to Force India] happens, we have to decide what else we do [with Ocon], but you need continuity from one year to the next, somebody that understands this year’s car versus next year’s car, somebody to help develop but we will see, that will all come in due course.

“Right now we are just happy that we are racing.”