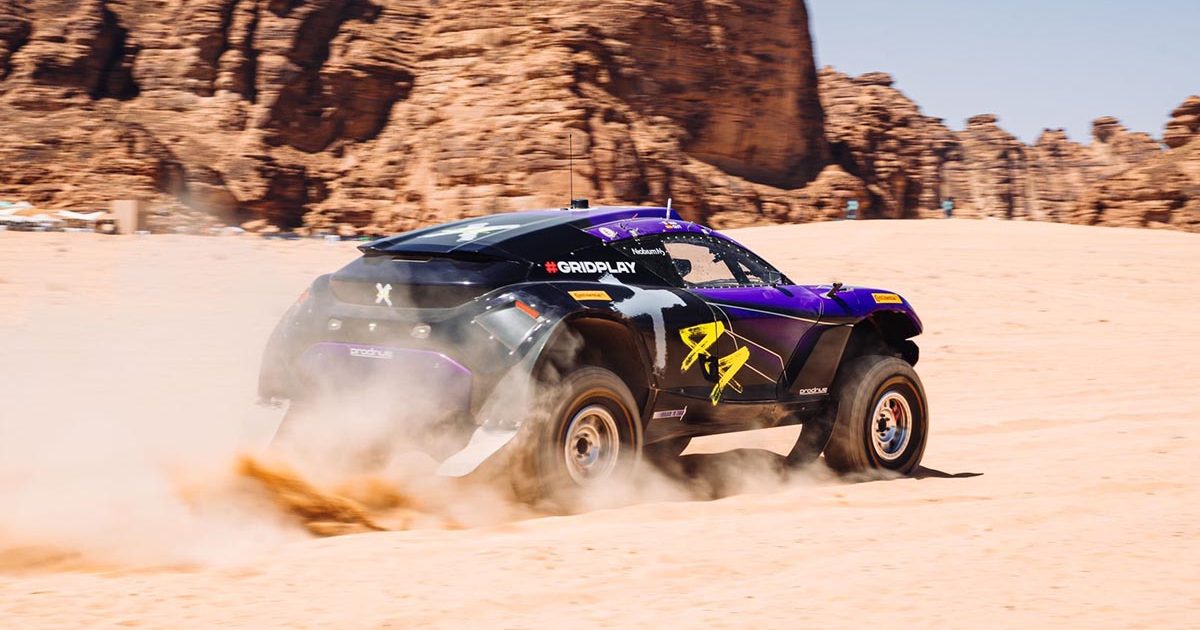 Kristoffersson and Taylor looked set to make it a P1 double for Rosberg X Racing when the drivers returned for round two of qualifying, but a 60-second time penalty for speeding in the driver switch lane saw them fall down the order from first to third place.

That meant Team X44 took the maximum 12 points on offer in qualifying which guarantees them the P1 starting spot on race day Sunday.

There was also a hefty penalty for another former Formula 1 World Champion with Jenson Button’s JBXE team hit with a 175-second penalty for multiple infractions in the driver switch zone. That put him and team-mate Mikaela Ahlin-Kottulinsky down in P6 on the overall qualifying classification.

Just six of the nine competing teams were able to take part in round two of qualifying as the challenging 8.8km desert circuit in Alula created two big crashes in round one and mechanical issues.

A crash involving Veloce Racing’s Stephane Sarrazin in round one caused so much damage to the car that it was ruled out of action for the rest of the race weekend. Team-mate and Williams reserve and development driver, Jamie Chadwick, will have to wait until round two in Senegal to set her first timed laps in the car.

Other absentees in round two were ABT Cupra XE team following Claudia Huertgen’s huge off and the Chip Ganassi Racing team, with the latter unable to get their car started for the second run.

Sunday’s schedule is full-on race mode in Extreme E, with the semi-final, ‘crazy race’ and the race proper itself taking place from 0700 BST and 1100 BST respectively.