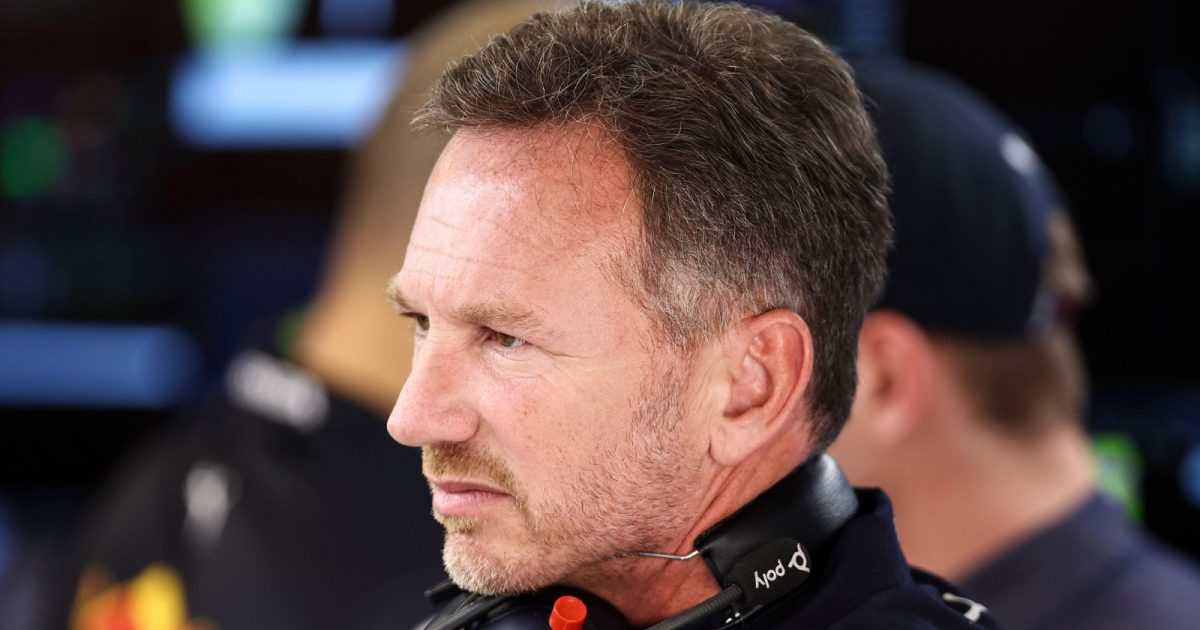 Christian Horner has warned more than two thirds of the grid may have to miss the final four races of the season if they were to meet the budget cap.

With a growing fear that teams such as Red Bull, Mercedes and Ferrari could create an insurmountable gap between themselves and the rest of the grid due to their spending power, it was agreed  a cost cap would be introduced into the sport for the first time last year.

However, the paddock is split as to whether the cap is reasonable, with some saying it levels the playing field while others feel it is too restrictive.

Of the critics, Red Bull, Mercedes, Ferrari and McLaren have been the most vocal and Red Bull boss Horner has now said seven teams could be forced to miss the final four races if they were to keep their costs within the budget.

“Seven of the teams would probably need to miss the last four races to come within the cap this year,” he said, as reported by the BBC.

“It’s not just about the big teams. It’s teams in the middle of the field who are really struggling with inflationary issues.”

Horner also pointed towards the rising cost of living and said F1 is not exempt from what is happening in the outside world.

“The FIA have a duty of care. I know they are taking it seriously,” the 48-year-old said.

“Energy bills, costs of living, costs are going up exponentially and F1 is not exempt. Freight has quadrupled and that’s not something we can control.”

At an F1 Commission meeting of the teams, the FIA and F1 last month, a proposal was made for an adjustment to the cap in line with inflation, but that was voted against by Alfa Romeo, Alpine, Haas and Williams.

Alpine’s Otmar Szafnauer argued cost-saving measures could be made elsewhere to battle inflation.

“We’ve set our budgets early, we kind of anticipated a little bit of the inflation,” he said. “Inflation didn’t just creep up on us. If we can do it, for sure others can do it too. I’m not for just increasing the cap.

“What that then does is it limits your development. So it’s a lot easier, if you have the money, to go to the FIA and lobby to raise the cap and keep your development budget the same.”

The cap also has a major impact on the amount of development the teams can do to their cars and they are unable to bring new upgrades each week as they have in previous years.

Auto Motor und Sport report that according to calculations, some teams may have to stop development as early as the Canadian Grand Prix in June.