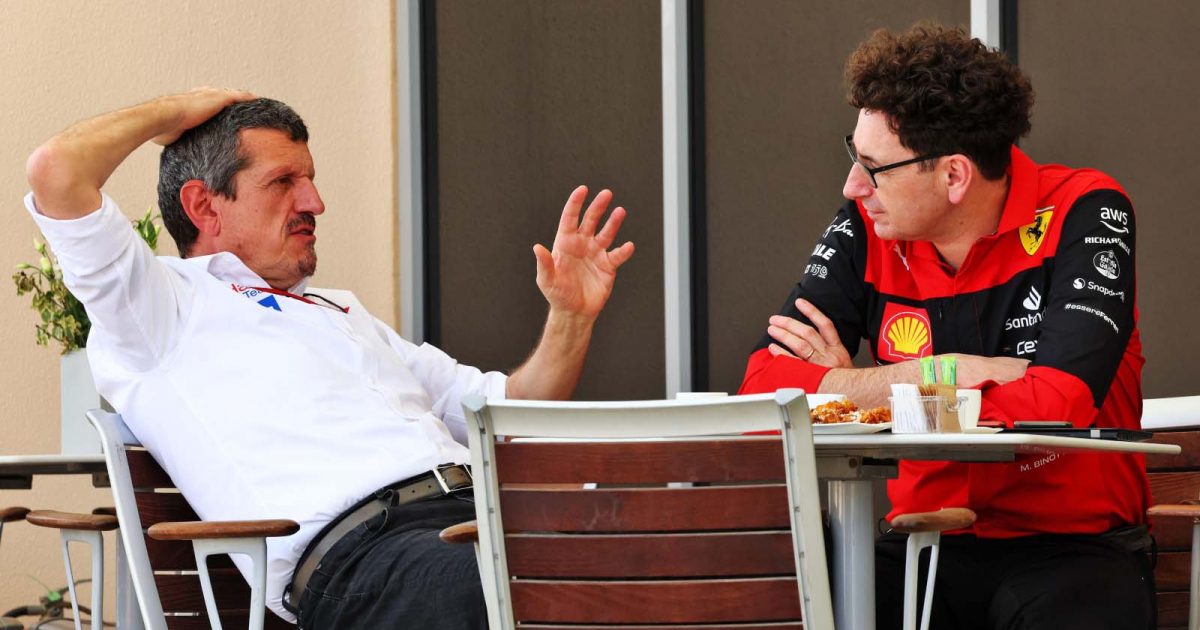 Sky Sports’ Ted Kravitz has quickly shut down a rumour in the paddock that Ferrari may have been “threatening” Haas to turn down their customer engine, with their strong performances in Bahrain and Jeddah raising eyebrows.

These paddock murmurs were reportedly started as Haas showed a drop-off in competitiveness in Australia, compared to their performance level at the first two races of 2022.

Both Kevin Magnussen and Mick Schumacher ended up outside the points come the chequered flag on Sunday, but the Sky Sports reporter was not buying into suggestions Ferrari had anything to do with their sudden slide.

“Where has Haas’ pace gone? That’s an open question being asked by a lot of people in the paddock,” Kravitz said on his post-Australian Grand Prix Notebook for Sky F1.

Disappointed not to get points today. We gambled on the hard tire, but the safety car ruined the strategy. The starting set-up wasn’t good and we were struggling with tires on the new tarmac. But we were able to turn things around and @HaasF1Team will score points next time 👊💥 pic.twitter.com/QMDD1NUaID

“From scoring points in the first couple of races with Kevin Magnussen to finishing P13 and P14 in Australia is very, very odd.

“There have been some suggestions among the rumour-mongers that maybe Ferrari are thinking Haas are doing a little bit too well and threatening them.

“Of course, that’s rubbish. Ferrari are never going to threaten Haas to turn down their own engine.

“But that’s the rumour out there and you know I like to keep you across all these rumours in F1.

“I think the truth is, really, that they arrived here with the wrong set-up and never got it back. When you essentially write off Friday because you don’t have the right set-up, it’s very difficult to get it back.”

Haas team principal Guenther Steiner admitted an ill-timed Safety Car from their perspective had put paid to their chances of a top-10 finish on Sunday, Magnussen having lost out after starting on hard tyres with others around him able to make use of the chance to stop for the longer-lasting rubber that took them to the end of the race.

Combined with their weakness in qualifying, he believes it was simply a bad weekend at the office for the team.

“It didn’t work out as we planned,” Steiner said after the race. “We always [seem to] make sure the Safety Car is out at the wrong time. Seriously though, sometimes you get lucky and sometimes you get unlucky.

“The car was strong and the drivers did a good job so we know if we qualify better we can score points, and that’s what we keep trying to do. As I always say, this year we’ve got a car that can score points, we’ve just had a difficult weekend.

“It’s one of three which was difficult – we go again at Imola.”