Home News The 7 most memorable F1 liveries and their sponsors 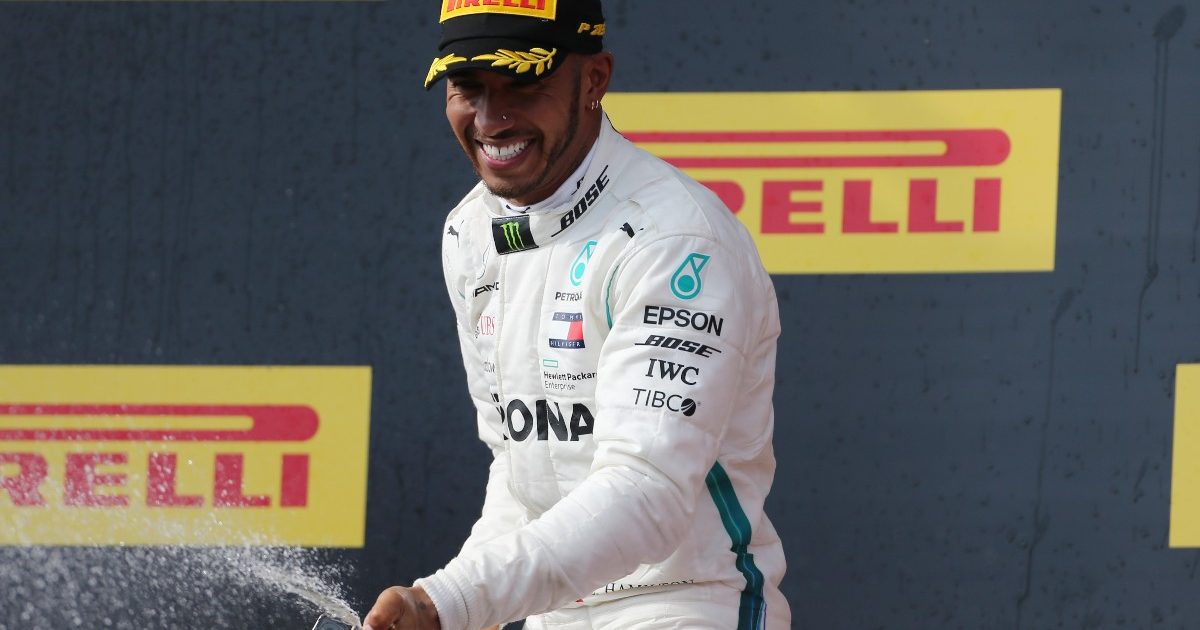 1968 was a truly historic year for both Formula One and big brands alike, as this was the year that the sport’s governing body, the FIA (Fédération Internationale de l’Automobile) decided to allow teams to allow sponsorship and branding on all of their cars.

The groundbreaking move came after a number of key race sponsors decided to pull out of the sport when they were initially denied the opportunity to promote their brands during the race. These key sponsors were BP, Shell and Firestone, with the latter deciding to cancel their free tyre supplies until changes were made.

The first team to adopt a special livery was Team Lotus, whose Lotus 49B was designed in the red and gold colours of their primary sponsor Gold Leaf, a prominent Tobacco brand.

Ever since that car took to the track there have been hundreds of truly memorable Formula One liveries each featuring sponsors that are emblazoned in the minds of F1 fans even today. Here’s our list featuring seven of our favourite liveries and their sponsors from the last few decades.

Driven to a landmark World Championship on the team’s 125th anniversary by Lewis Hamilton, the 2019 Mercedes W10 is undoubtedly one of the Silver Arrow’s most beautiful cars of all time.

The two-tone livery changes from a cool jet black to their iconic silver that fans know the team for, a single sleek aqua blue streak runs down the side of the livery from front to back.

As has been the case for a decade now, the car’s main sponsor was Malaysian oil and gas company Petronas. Other sponsors included Epson, Hugo Boss and IWC. All of which would have been very happy to feature on this car as it sped to its sixth consecutive World Constructors Championship.

As far as sleek and sexy cars go, the Lotus 97T will take some serious beating, driven by Italian Elio de Angelis and the legendary Ayrton Senna this car will be remembered for its all black livery that’s covered in fancy gold sponsorship and trim.

The team’s main sponsor, tobacco company John Player Special was wrapped along the side of the car and on the rear wing. Additional sponsors included Olympus Cameras and elf.

Whilst the car certainly looked good on track, 1985 was probably a fairly forgettable year, as between the two drivers there were no fewer than twelve retirements, disqualifications and non-classified finishes.

Driven by the dream team of long-time rivals Alain Prost and Ayton Senna, the 1988 McLaren MP4/4 was another thing of true beauty. The red and white livery almost perfectly resembled a packet of the iconic Marlboro cigarettes, which is no coincidence.

This clean and sleek looking car consisted of two blocks of colour, white throughout most of the main body and a racing red rear wing. The primary sponsor on this car was of course cigarette brand Marlboro. Shell, Honda and Goodyear also appeared on the livery.

This season saw the two McLaren drivers go head-to-head in an intense battle for the World Drivers’ Championship with the Brazilian coming out on top in one of the most heated and memorable Formula One seasons in living memory.

This colourful car shared the track with the previous entry, the McLaren MP4/4, however the Benetton B188 will probably not be remembered for being the most beautiful, but instead for its bright and vibrant colour scheme that meant it wouldn’t be missed on track.

For a team owned, sponsored by and named after a global fashion brand, this car wasn’t too fashionable (or maybe it was depending on who you ask), the B188 was designed with four blocks of colour, their classic green, yellow, red and blue.

The duo of Belgian Thierry Boutsen and Italian Alessandro Nannini drove this car to a respectable third place in the World Constructors Championship (their highest ever position at that point in their existence), despite both drivers never finishing higher than third place in a single race that year.

There are no shortages of Ferrari’s we could have picked for this list, however, we have a soft spot for the Ferrari F2004, this gorgeous car will be remembered for all the right reasons.

This stunning racing red machine is what we would consider the archetypal Ferrari. Sleek, stylish and sexy. The car’s primary sponsors Marlboro featured on the rear wing and nose whilst Vodafone and Shell were found on the front wing and nose.

The F2004 carried the immortal Michael Schumacher to no fewer than thirteen first-placed finishes that year whilst Brazilian teammate Rubens Barrichello followed behind in second as Ferrari comfortably took the World Constructors Championship in what was the end of six years of dominance in the sport.

1993 proved to be a special year for both Formula One and Williams as accomplished French driver Alain Prost bowed out of the sport with a fourth and final World Drivers’ Championship win under his belt to end what had been a long and illustrious career.

His car, the FW15C was memorable not only for its striking design and bright yellow shark fin that featured the iconic Camel branding, but also for its technology that was lauded as the most technologically advanced car of all time.

There are plenty of reasons one might look back at this car and smile, whether that be Damon Hill and Alain Prost’s wins, the memorable livery design, or the fact that Williams teamed up with Sonic the Hedgehog to promote Sega (whose logo appeared on the car) in 1993. 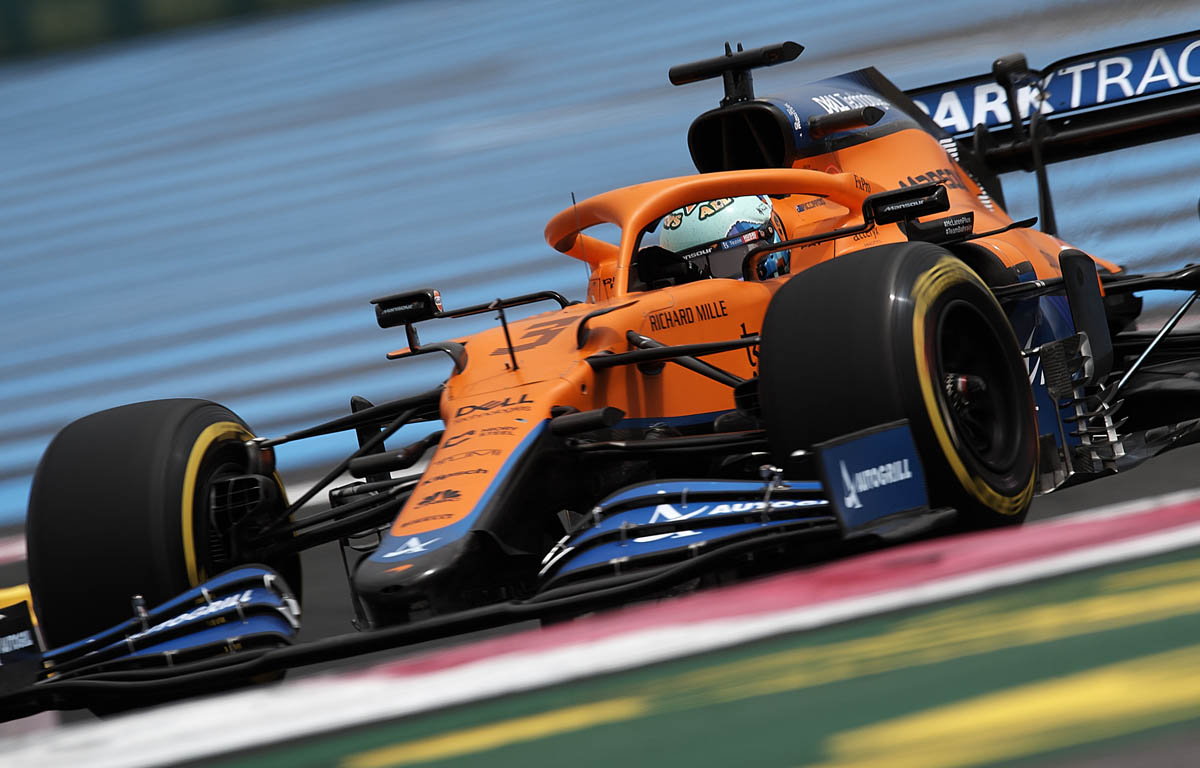 The final car on our list is a recent one, for one race only McLaren opted to unveil and utilise a special livery for the 2021 Monaco Grand Prix, celebrating their long-time partnership with Gulf.

This gorgeous retro livery saw the McLaren MCL35M shed their traditional all-orange affair, instead opting to paint the car a clean powder blue with a single orange stripe through the middle with both the rear and the front wings in traditional McLaren Papaya.

This monumental announcement not only saw McLaren reveal this beautiful new livery design, but also saw them announce a significant new sponsorship deal with PartyCasino and shortly after a brand new contract for talented young driver Lando Norris.