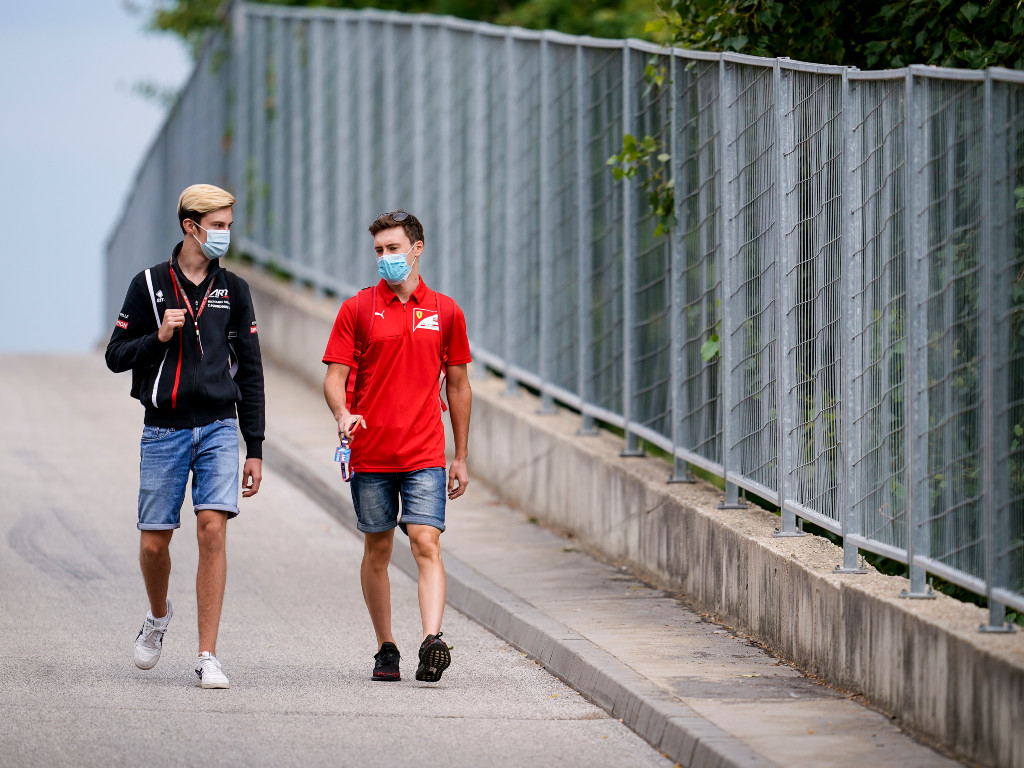 Sauber junior driver Theo Pourchaire will make his Formula 2 debut at the final two rounds of the season in Bahrain.

The Frenchman, aged only 17, finished runner-up in the 2020 Formula 3 Championship, missing out on the title to Oscar Piastri by only three points.

But now he will get the opportunity to prove himself in Formula 2 when he drives for HWA in the final two rounds of the season.

The first two races will take place on the Bahrain International Circuit’s familiar ‘Grand Prix Circuit’, while the final two events will be held on the ‘Outer Circuit’.

“We are pleased to allow such a highly-talented young driver to take his first steps in Formula 2,” HWA team principal Thomas Strick is quoted by Racefans.net.

“Theo’s talent is undisputed. The success he has enjoyed in his burgeoning career speaks for itself.

“We are excited about his debut in Bahrain. In recent years, he has proved several times that he can quickly find his feet in a new series.”

Pourchaire has spoken previously about his ambitions to step up to Formula 2 full-time in 2021.

“For the moment, we don’t really know,” said Pourchaire on his next step, as quoted by Motorsportweek.com.

“We have an idea for sure. The next category is Formula 2.

“After P2 in the F3 Championship, really close to P1, with good performances at the end of the Championship… For me I feel ready to go to Formula 2.

“Everything needs to be ready. The budget, everything. We’re going to speak with ART, because I think they’re proud of what I achieved, and proud of this season.

“Maybe we will try to make everything possible to go to Formula 2.”

BREAKING: @TPourchaire steps up to F2!

Thanks to his Sauber links Pourchaire has a path into Formula 1 with the Alfa Romeo team, and their boss Fred Vasseur has made it clear that he rates the Frenchman highly.

“There are some hallmarks of great champions: skill, composure, the knowledge of when to attack and when to hold back and the ability to be competitive from the very start in any championship,” he said.

“Theo has shown all these qualities in his rookie season in Formula 3 and it’s been incredible to watch this huge talent develop in front of our eyes.

“Missing out on the championship for such a small margin should not detract from an impressive performance.”