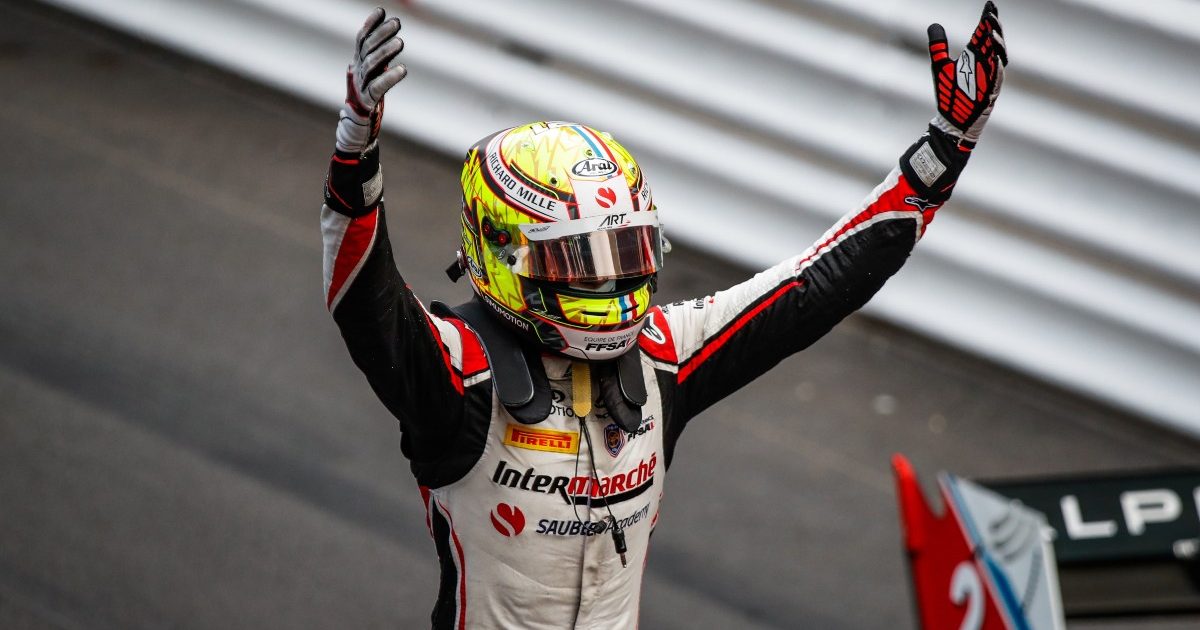 Theo Pourchaire, who became Formula 2’s youngest ever race winner in Monaco, still feels F1 is far away for him.

After finishing runner-up in Formula 3 last season, Pourchaire was given an F2 seat for this year with ART Grand Prix.

He has made a stunning start to life there, winning the Monaco Grand Prix at the age of 17 after securing pole position to become the youngest driver ever to taste victory in the category, taking that record from Lando Norris.

Despite that though, he is not getting carried away and does not expect a promotion any time soon.

“To be honest, I try to stay focused in F2 as I’m really far from F1,” he said, quoted by motorsportweek.com.

“I have their support, and my job is to just focus on F2, do a really good job. I will maybe try and be a title contender, I don’t know, maybe it’s too early, but I try to stay focused on F2.”

I won MONACOOOOOOO 🇲🇨🎉
I still can’t believe it, what a crazy race weekend. Big thanks to all of you who supported me 🙏🏻#MonacoGP #tp21 #F2 pic.twitter.com/iK5yVQbIsF

Pourchaire did not immediately hit the ground running in F2, retiring from the season opener in Bahrain before scoring points in the next four races but failing to stand on the podium.

The Frenchman was keen to bounce back and make his mark, but cannot quite believe the extent to which he did so in Monaco.

“[The win] means a lot because it is not easy to win at 17 years old in F2, it is a really competitive championship and I need to perfect, work hard to catch the others.

“In Bahrain I was not super-fast, the weekend was difficult and I wanted to bounce back and be on the podium – I did the pole, youngest pole-sitter, youngest winner and I can’t believe it.”

Pourchaire is part of the Sauber academy and therefore in contention to take Kimi Raikkonen’s seat at Alfa Romeo when he retires.

However, he faces stiff competition from Callum Ilott and Robert Schwartzman, both of whom are members of Ferrari’s academy.