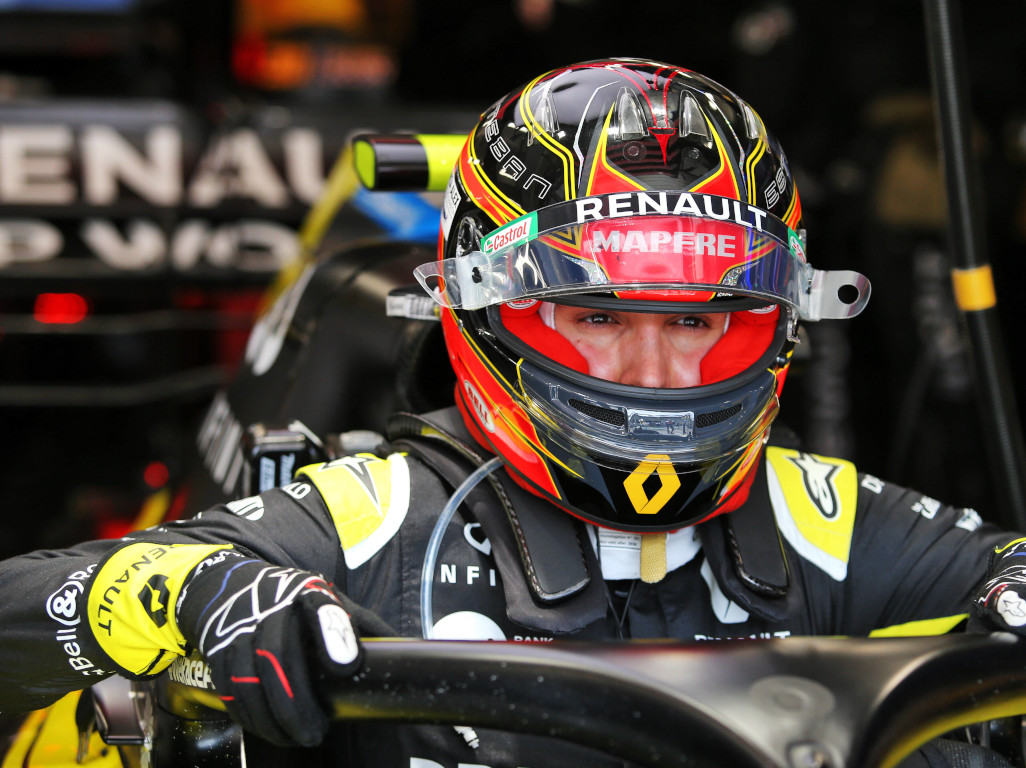 Renault’s Esteban Ocon has been handed a three-place grid penalty for the 70th Anniversary GP for blocking George Russell in qualifying.

It was during Q1 when Russell approached the Renault of Ocon at speed, who was traveling slowly on the racing line to overtake Antonio Giovinazzi in the Alfa Romeo.

Russell jumped straight on to team radio to complain of Ocon’s dangerous actions, whilst Renault acknowledged to their driver that they hadn’t warned him that Russell in the Williams FW43 was approaching early enough, and so were already resigned to an incoming penalty.

And that is exactly what happened with the stewards’ handing Ocon a three-place grid penalty shortly after qualifying concluded.

“At the exit of turn five [Aintree] Giovinazzi was at the head of three cars and was on an in-lap, Ocon was next, on an out-lap and Russell was on a flying lap,” the stewards’ noted.

“The team admitted that they did not assist their driver in this instance which led to the impeding.”

Stewards are going to have a l👀k at this…

Ocon had qualified P11 but will now start from P14, with Russell starting from P15. Sebastian Vettel moves up to P11, Carlos Sainz to P12 and Romain Grosjean to P13.

Speaking briefly to Sky F1 who sidetracked him on his way to the Stewards’ room, Russell said: “I don’t know why I’m going there, I don’t have too much to say [to the Stewards’] other than he [Ocon] got in the way.”