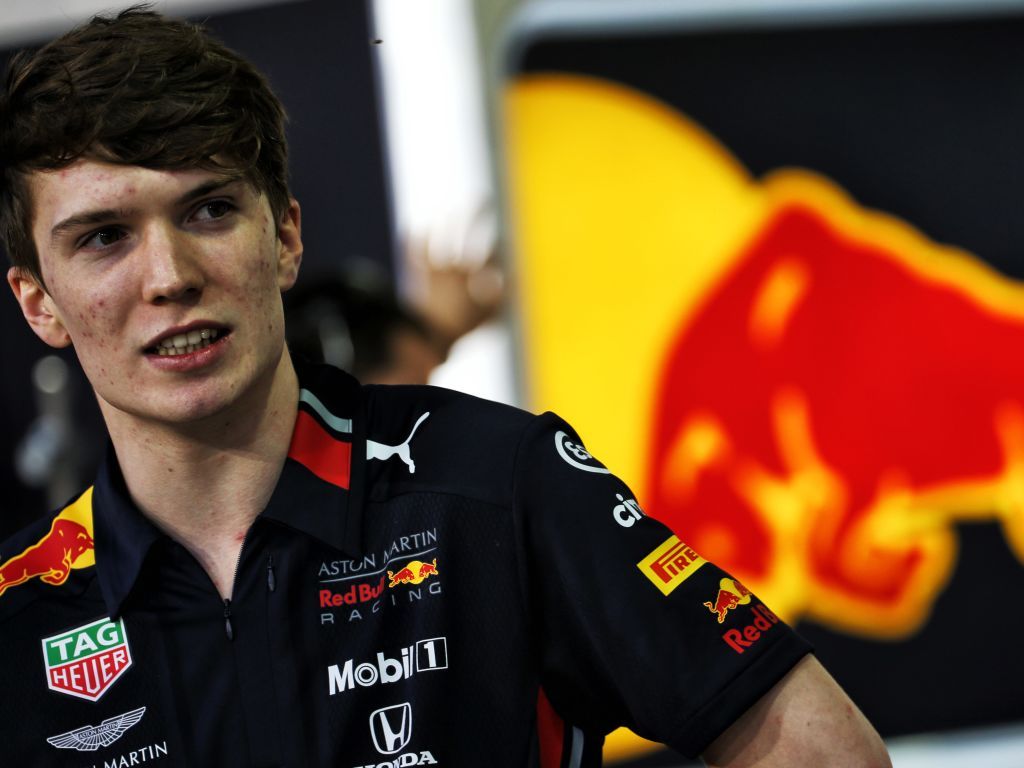 Red Bull junior driver Dan Ticktum said it took a while for him to adapt to the procedures and steering wheel of the RB15.

Ticktum, who races in Japan’s Super Formula for 2019, completed 135 laps for Red Bull in what was his first outing in modern Formula 1 machinery on the second and final day of testing in Bahrain.

However, he admitted that the steering wheel and procedures he was faced with in the Red Bull differed greatly from his experiences in the junior formulas.

“I learned a lot today and my first time in a modern F1 car was a big step” Ticktum told The Chequered Flag.

“I think the biggest thing was learning the procedures. There’s a lot of settings to use, a lot to do on the steering wheel, even on a push lap, which isn’t the case in the junior formula.

“That was quite a lot to take in at the start – but I got used to it pretty quickly.

“It was also interesting having a garage full of people. It brings home that there’s a massive responsibility on the driver to deliver not just for himself and his engineers but for a whole Team.”

An exciting moment for Red Bull Junior driver @DanTicktum today as he jumps in the #RB15 for the first time 👊 #F1Testing 🇧🇭 #F1 pic.twitter.com/Lvf3aiHTC0

“I think we gathered some really good data today, which is obviously the most important part of the test,” he explained.

“We did some long runs and I had a good opportunity to gain an understanding of how these tyres work.

“All in all, I’d say the test went well today.”