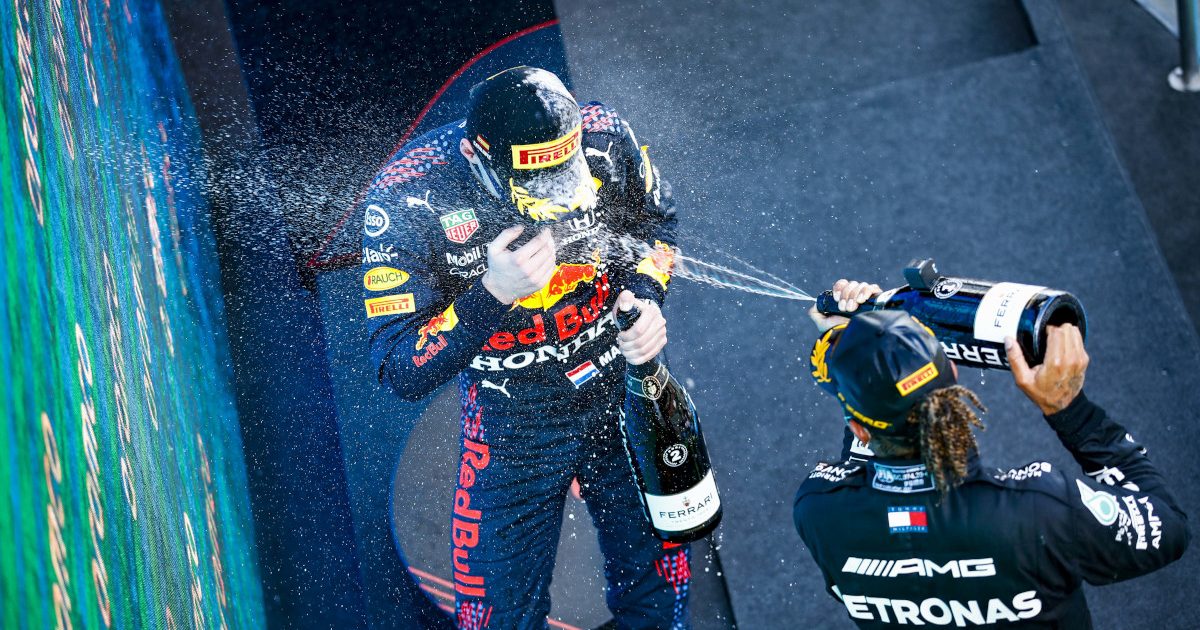 Max Verstappen did “everything right” as he aggressively took the lead off Lewis Hamilton in Spain, but it was Mercedes’ aggression that won the race.

That is according to former F1 driver turned pundit Timo Glock.

Starting second on the grid at the Spanish Grand Prix, Verstappen muscled his way into the lead as he refused to give Hamilton even an inch through the first corner.

The Mercedes driver was forced to “bail” or risk a crash.

But while Verstappen won the early battle, it was Hamilton and Mercedes who won the war.

“Max Verstappen got off to a great start in the race,” Glock wrote in his Sky Germany column. “He did everything right there.

“He drove very aggressively ahead and attacked Hamilton directly into the first corner.

“With that, he has set an exclamation point.

“That, of course, is what everyone wants to see.”

In the end, though, it was Mercedes’ two-stop strategy that won the day.

Glock continued: “Max tried to control the race from the front but in retrospect, Mercedes were strategically very clever and aggressive at the same time.”

Formula 1’s next stop, and the next destination in a fight that has seen Hamilton and Verstappen race at every race, is Monaco.

The tight, twisty streets of the Principality should, Glock reckons, play to Verstappen and Red Bull’s strengths.

“Looking ahead to Monaco,” said the German, “it will be very exciting again when you can see both cars are on a very good level.

“We’ll definitely see an exchange of blows and I’m curious to see which of the other teams can get a little closer because Monaco has its own laws.

“I’m trying to be optimistic about Verstappen again and believe Monaco should actually be pretty good for Red Bull. I’ll just say that he’ll be at the front in Monaco.

“Let’s see what happens. We can definitely expect a close race again.”

After four races, Hamilton leads the Drivers’ Championship by 14 points ahead of Verstappen.