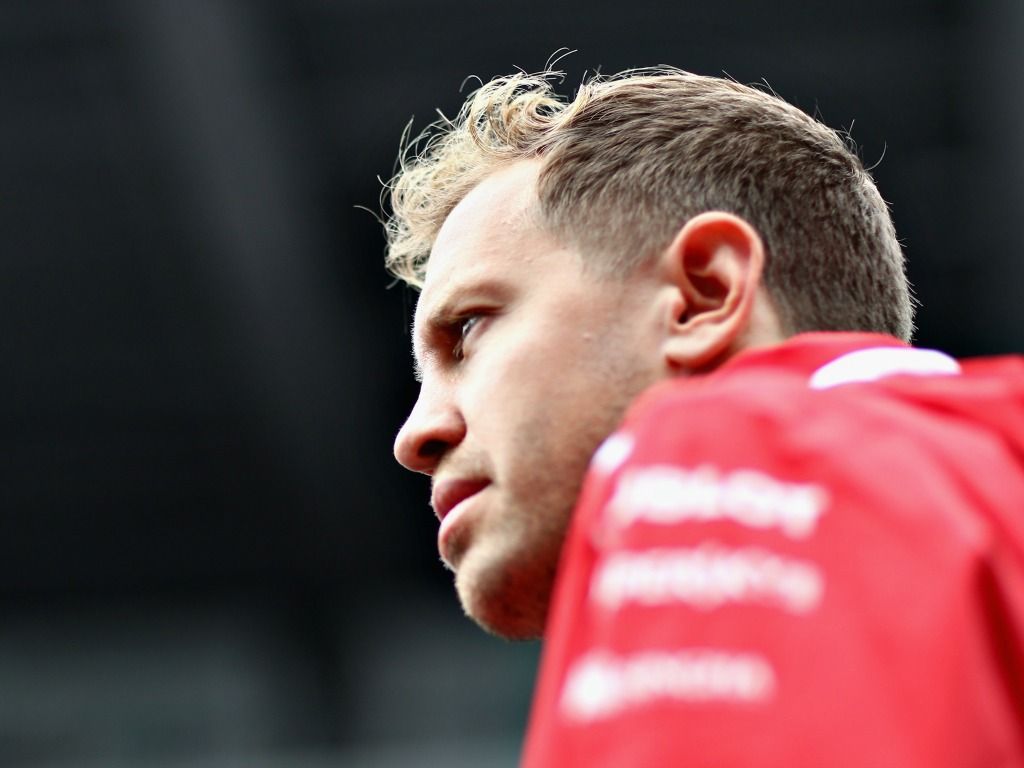 Sebastian Vettel admitted that a “tiny lock-up” down into Turn 12 was key in Lewis Hamilton getting past him.

The Ferrari man had jumped ahead of the Brit in the pit stops, but made the mistake on the next lap to allow Hamilton to have a run down the main straight.

Vettel fended off the attack down into Turn 2, but the fellow four-time World Champion managed to get the German into Turn 4.

WATCH: Hamilton and Vettel battle it out in Sochi

The Ferrari man knew that Valtteri Bottas had backed off to try and give his Mercedes team-mate the opportunity to get past Vettel.

“I mean, obviously Valtteri, as soon as he saw I was behind, he backed off,” Vettel said after the race.

“I lost one and half seconds just to make me probably run into him but I didn’t mind because I thought I could sneak DRS.

“But, I had a tiny lock-up there [Turn 12] and then the last two corners were particularly difficult.

“Lewis was close and he was on really new tyres, whereas mine were just a lap old but not new.”

The German had remained behind the Mercedes pair at the start of the race, as the two Silver Arrows worked well down to Turn 2.

“Obviously you saw that they worked very good together at the start,” the four-time World Champion added.

Ferrari stopped Vettel early, giving him the undercut and it worked, as he got past Hamilton as the Brit exited the pit lane.

However, on the very next lap, Hamilton took the position and would go on to win the grand prix.

“Then we surprised them with a very good outlap,” Vettel continued.

“We managed to surprise Lewis [Hamilton] but then Valtteri [Bottas] was backing off and we struggled a bit in the last sector so Lewis was close.

“Then he had a run into Turn 2. I managed to cover but then I didn’t see him through the left-hander [Turn 3], I wasn’t really sure where he was.

“I saw that he was somewhere on the outside but then I think you also need to be fair enough and give room, even if I didn’t want to, to make sure it remains hard but fair.”

The German believed that he could have had more pace later on in the race, but he just could not get close enough to Valtteri Bottas.

“I tried at the end to put pressure on Valtteri but yeah, I could not get close enough.

“Anyways, it was a good race. I think we were closer today but obviously not the result we wanted.”

Vettel is now 50 points behind in the Drivers’ Championship, with just five races left.