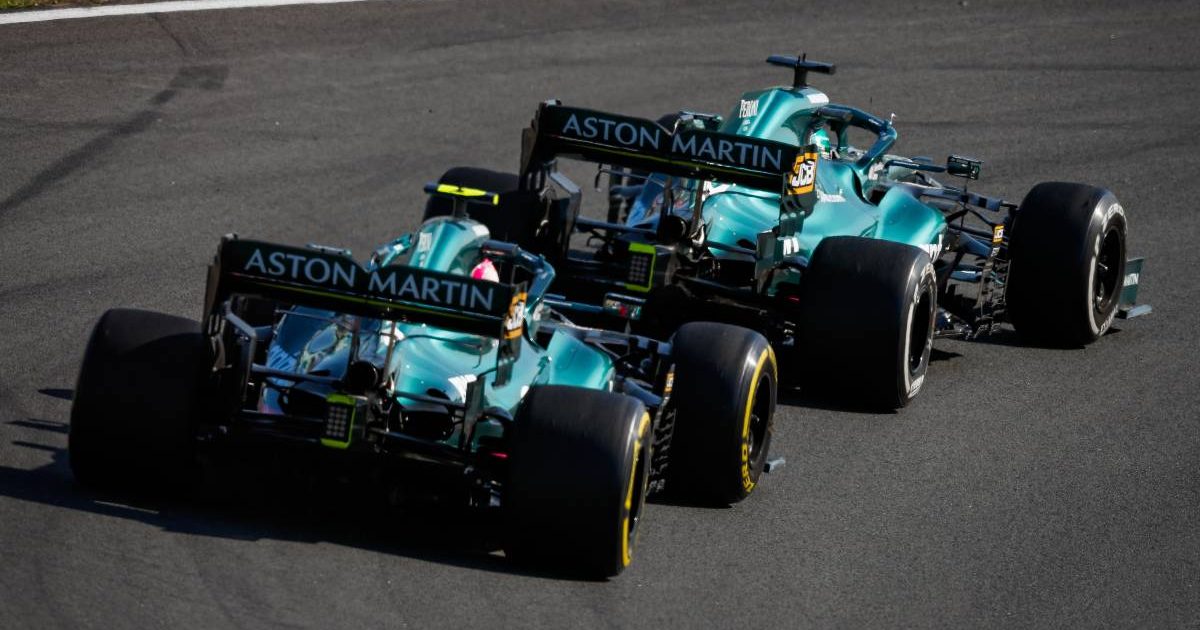 With six races to go and a lot of tension at the front of the grid, Otmar Szafnauer reckons Aston Martin could benefit if the title rivals clash.

Already this year’s championship has seen Max Verstappen and Lewis Hamilton involved in two big crashes, at the British Grand Prix and the Italian GP.

Lance Stroll scored in both races, bagging his season’s-best P7 at Monza.

Should the protagonists again clash in the final races of this championship, Aston Martin team boss Szafnauer hopes both Stroll and his team-mate Sebastian Vettel will be able to pick up the pieces.

“If Max and Lewis are fighting for the championship, they will push each other hard,” he told Motorsport.com. “So if something happens up front, you can get good points with both drivers in midfield.

“As long as it’s still possible, we will fight for it.”

Otmar Szafnauer says that Aston Martin have started discussing changing the colour of their livery for 2022.https://t.co/2uy61Gzxic #f1 pic.twitter.com/005bBCy7OW

Aston Martin are currently P7 in this year’s championship, the Silverstone-based team failing to match last year’s excellent results. With 61 points on the board, they trail Alpine by 31.

Szafnauer is not giving up on hunting down the Renault-powered team in the Constructors’ Championship.

“Difficult, but possible,” is his assessment.

“We are seventh in the constructors’ championship, which is not what we wanted” but “we still have a considerable number of races ahead of us in which we can get good points.

“It’s still possible. I think we will need some extraordinary races but we’ve seen them in the past. I remember the race in Bahrain not that long ago when Checo on the first lap was lapped and then won.”

That was the team’s last F1 race win, Sergio Perez P1 at the Sakhir Grand Prix.

Like their rivals, Aston Martin are having to balance this year’s goals against next year’s all-new car.

Revealing that the AMR21 will not be developed any further, “mainly because of the technical regulations for 2022”, the chief executive officer added: “We only have a limited amount of time in the wind tunnel and CFD to develop a car.

“But that doesn’t mean we can’t continue to get the maximum performance out of the 21-series car, it’s a completely different task.

“The race engineers, the drivers, the simulation group – they all continue to work hard to ensure we get the performance we want to maximize.”