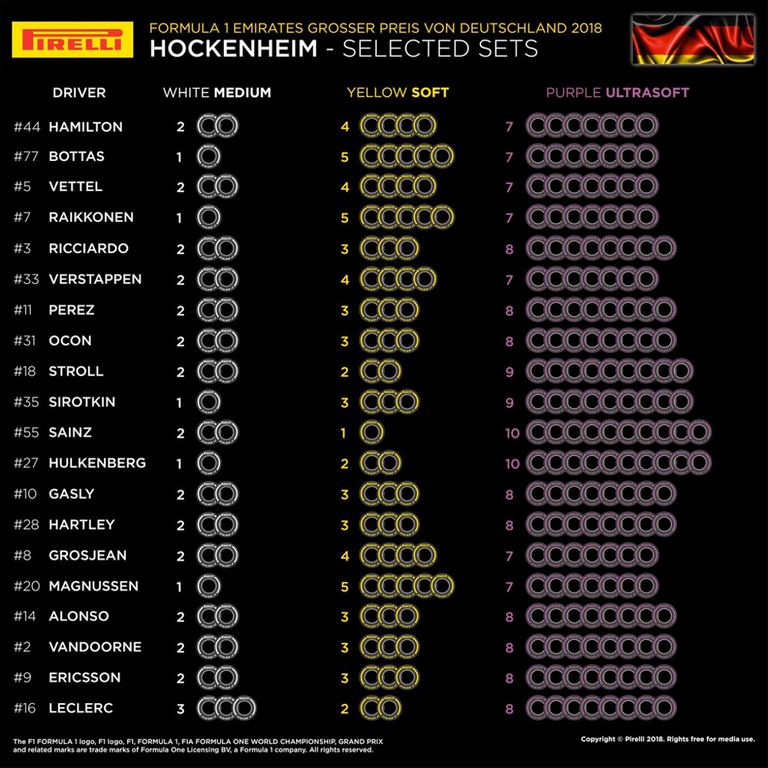 Formula 1’s top three teams are playing it safe with their tyre choice for the German GP with none banking too heavily on the ultrasoft tyres.

Round 11 of the 2018 championship will see Pirelli taking the medium, soft and ultrasoft tyres to the Hockenheimring.

Championship protagonists Lewis Hamilton and Sebastian Vettel have both opted for seven sets of the ultras, four softs and two sets of the mediums.

That is a tyre call matched by Max Verstappen.

The most daring choice goes to Renault with 10 sets of the purple tyres with Carlos Sainz taking one soft and two mediums while Nico Hulkenberg has two and one respectively.