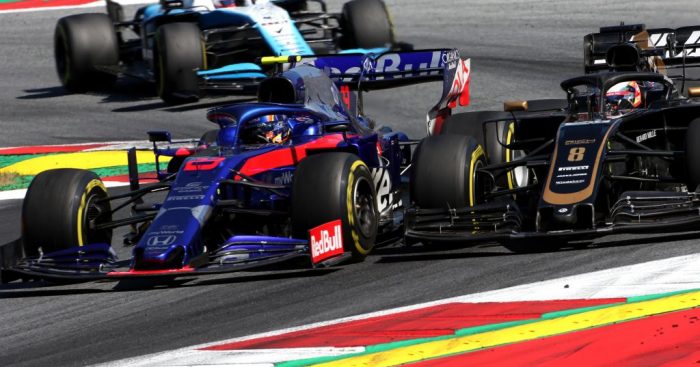 Toro Rosso hope to put their rough patch of form behind them and “battle in the tight midfield successfully” at the British Grand Prix.

The Honda-powered team started 2019 well, picking up points in six of the opening seven rounds, including a P7/8 finish in Monaco.

However, grid penalties have slowed them down in recent races with Daniil Kvyat forced to start from the back in France, while Alex Albon met the same fate in Austria.

The pace also hasn’t been there for the Red Bull junior team with Carlos Sainz showing what was possible in Austria as he went from P19 to P8, but neither Toro Rosso driver could recover to a points finish in the last two rounds.

“We had a tough time at the last two rounds and in Austria, we tackled practice in a slightly different way, as we knew I’d be starting from the back of the grid because of the PU change penalties,” Albon told Motorsport Week.

“We tried to understand the car a bit better as it had not worked the way we wanted in France.

“In Austria, we tried to unlock it’s potential, but we had similar issues to Paul Ricard, even if to a lesser extent.

“Coming to the British GP, without penalties on the plan we will be starting the race from the actual qualifying position and, after having analysed lots of data from the last two races, we hope we will be able to battle in the tight midfield successfully.”

Despite languishing down in P8 in the Constructors’ Championship, Toro Rosso are only five-points down on Alfa Romeo in P6, and a solid weekend at Silverstone could see them shoot up the standings.

“We struggled with the general pace of the car on those two very different kinds of tracks.

“They didn’t really suit us very well and we are trying to get to the bottom of that to find out why.

“It seems to be the case this year and not just for us, that some tracks suit certain cars better than others.

“Apart from that, some other teams in our part of the grid have made good progress, but we are working hard on fighting back and will take each race as it comes.

“I was in the simulator after Austria to understand what we could have done better in the past races and what we can do to improve for the next few ones before the summer shutdown. Hopefully, we will be stronger.”