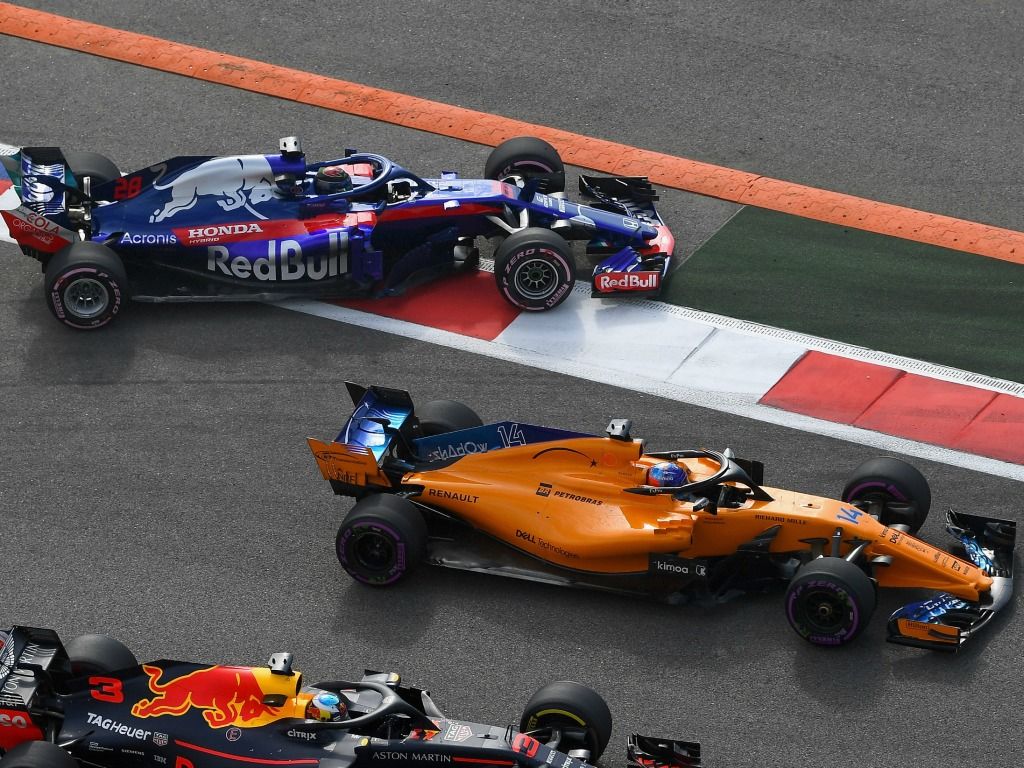 Toro Rosso got both cars into Q3 in Japan on Saturday, and teased Fernando Alonso on social media after the session.

The social media account put out a post with the words “Now we can fight in Q3”.

It is a take on something the two-time World Champion said after finishing in P5 in Australia, in McLaren’s first race with the Renault engine.

There was, of course, the acrimonious ditching of the Honda engine after three unsuccessful years with McLaren between 2015-2017.

Both Alonso, and team-mate Stoffel Vandoorne were eliminated in the first part of qualifying in Suzuka on Saturday afternoon.

Brendon Hartley, on the other hand, secured his best ever qualifying by putting his Toro Rosso onto the third row of the grid for Sunday’s race.

“Yeah I was stoked with it. I was actually a bit emotional and I don’t normally get like that,” Hartley said.

“It was just the build up of all the crap over the last few months and I know that all year, I have got better and better. Things haven’t always gone my way.

“Some things I couldn’t always discuss with the media, you know. First lap incidents, some things that I could have done better, but today.”

The new Spec 3 engine from Honda has been used for the first time in anger in the Toro Rosso this weekend, after a practice outing in Russia.

On Friday, Franz Tost said that both men had to get into Q3 with the new engine because of the increased power, and it worked.

“A new PU (power unit), tricky conditions to drive this track, my first time in Suzuka. Really really happy to put it on P6,” Hartley said about the new weapon.

“I don’t know if it is half a second but it is definitely much quicker.

“We haven’t been challenging for Q3 apart from wet conditions in Budapest.

“No doubt it is faster, you don’t always feel that with different tracks and different aero levels but you see it on the lap time.”

Hartley lines up just in front of team-mate Pierre Gasly, with the pair starting Sunday’s Japanese Grand Prix in P6 and P7.