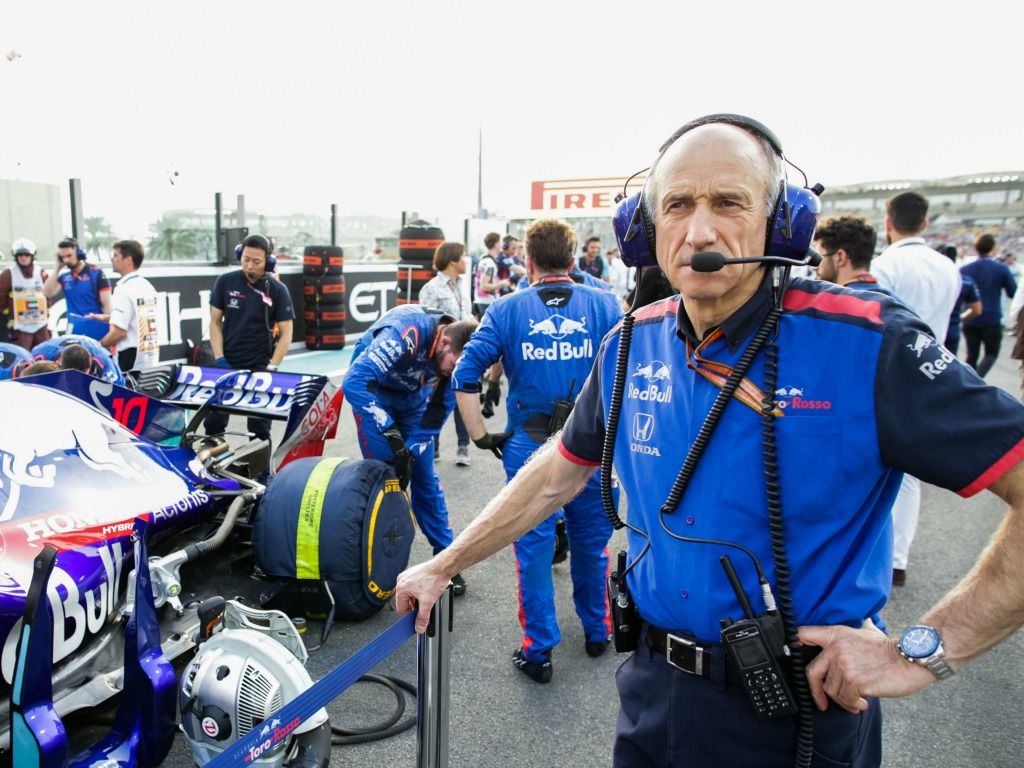 The 2019 season will see the introduction of less sophisticated front wings, simpler barge boards and a bigger rear wing.

Closer racing has been stated as the aim of these changes, with a more radical overhaul of the regulations penciled in for 2021.

Tost, however, claims that the FIA could create much closer racing with a ’40-50 percent reduction’ in downforce.

Speaking to Motorsport.com, he said: “We have so much downforce, which means high corner speeds, no one can follow because of the dirty air behind and we have hardly braking zones.

“How should you overtake?

“That means the FIA, FOM – and there are the experienced people over there, like Ross Brawn, like Pat Symonds – they know exactly what you should do: to come down with aero side, with the downforce.

“I would cut minimum 40-50% of the current downforce, to make the car much more unstable in the corners.

“Then people see that drivers have to fight with the car.

“Cars will be much faster on the straight, you have chances to overtake someone – because of [increased] braking – and you can follow in the corners.

“This regulation could be easy to be realised. They just have to want it.”

Tost believes the grid doesn’t want it enough though, and that such changes are always pitched to the wrong people.

“[The rulemakers need to] come with the regulations, [say] ‘accept or go’. But they ask the teams.