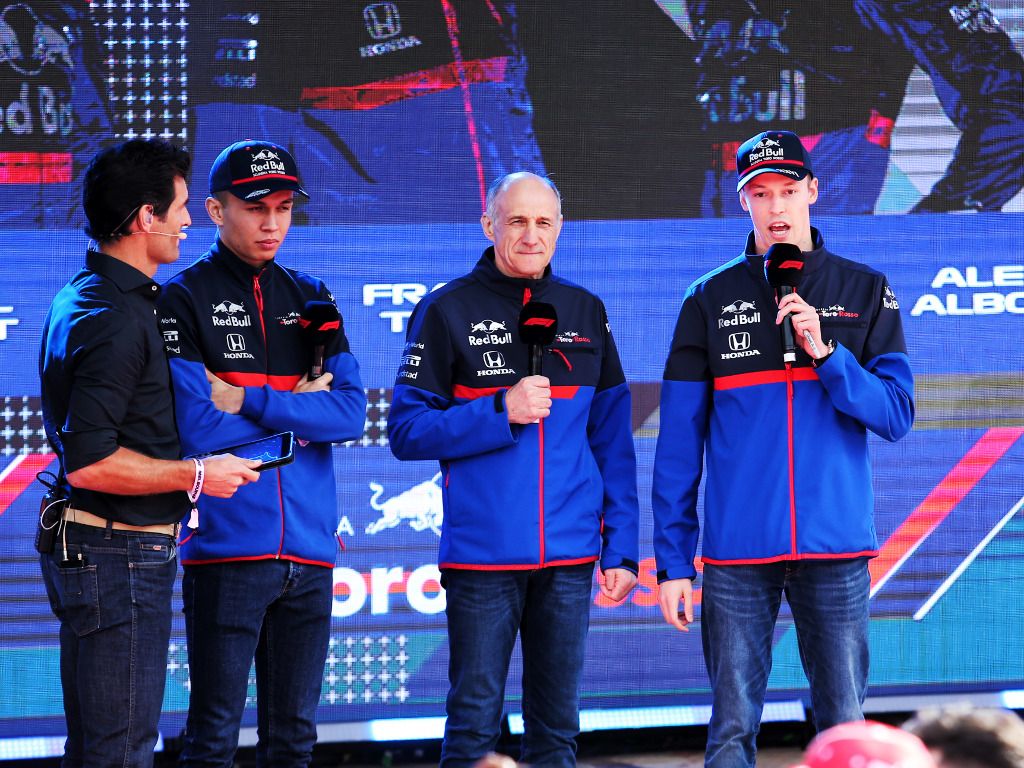 Red Bull’s junior driver programme is not in “crisis”, says Franz Tost, despite having to call on past drivers for this year’s Toro Rosso line up.

Both previously had relationships with Red Bull, with Kvyat even racing for the senior F1 team, only to be dropped from the programme.

But with no new prospects knocking on the door, Red Bull re-signed Kvyat and Albon to make up this year’s Toro Rosso line up.

Tost, though, insists the junior programme is not in trouble.

“No, this is nonsense, [to say] that Red Bull junior programme is in crisis,” he told Motorsport.com. “Dr. Marko is doing a fantastic job. And we have good drivers.

“It would be in crisis if Red Bull Racing and Toro Rosso would not have Red Bull drivers.

“But we have Max Verstappen, who can win races and hopefully also championship, we have with Pierre Gasly as well a driver highly-skilled, very fast, and we have two fantastic drivers at Toro Rosso.

“I think that the Red Bull drivers currently are one of the most experienced and fastest in all the time, all together.

“If you look back, it was [Sebastian] Vettel, [Mark] Webber, but Webber was not Red Bull[-developed] or Toro Rosso driver.

“And then later on it was a strong driver line-up with Verstappen and Ricciardo, a Toro Rosso driver.

“But both teams now together with Verstappen, Pierre Gasly, Kvyat and Albon, I must say that we have very, very strong drivers. Good job from the young driver programme.”

At present Dan Ticktum is the only new driver on Red Bull’s radar, however, he did not have enough superlicence points to land a race driver.