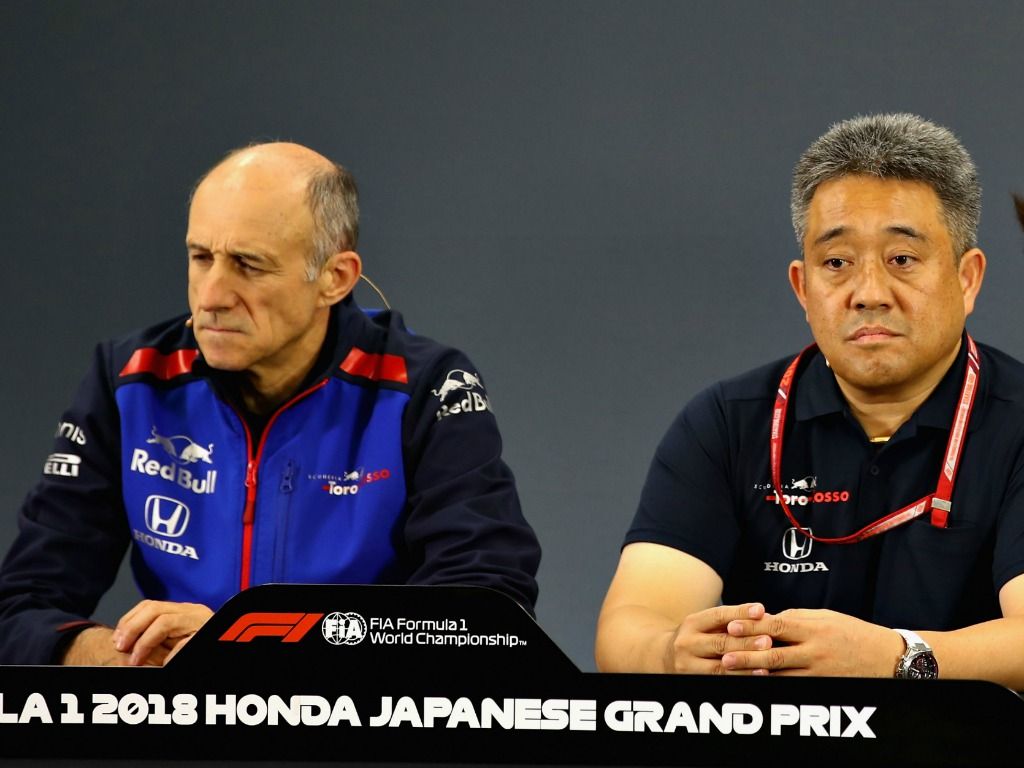 Franz Tost has laid down a marker to his two Toro Rosso drivers, saying that they must reach the final part of qualifying in Japan.

This is because they have the new and improved Spec 3 engine from Honda, who have brought the upgrade to their home race.

The Spec 3 did have an outing on the Friday of the Russian Grand Prix, but Toro Rosso went back to an older specification so they could perfect the integration between engine and chassis.

Now, though, Tost has told Pierre Gasly and Brendon Hartley that they must pull it out of the bag come Saturday afternoon in Suzuka.

“We must be ahead of Sauber because they have put a lot of pressure on us in the Constructors’ Championship.”

With their improved performance since the summer break, Sauber have closed the gap to Toro Rosso in the standings, and are now only three points behind.

Max Verstappen claimed last week that Honda was now on a par with Renault in the power unit stakes, but Honda’s motorsport boss, Masashi Yamamoto was not agreeing with the Dutchman’s statement just yet.

“Spec 3, which we brought in Russia, obviously hasn’t raced yet so this is the first opportunity here,” Yamamoto said.

“It will be more comparable with the other engines we have used before [after the race]. Not only the engine, but the entire performance with the car.”

The Japanese manufacturer had wanted to bring in the Spec 3 upgrade earlier, but reliability niggles delayed its inception.

“We were not as quick in the development as we would have wanted to be, Yamamoto added.

“Recently, everything has been much better, especially regarding the combustion chamber.

“We have upgraded it and finally it is successfully complete. The problems we had with the other engine was related to calibrations.

“We have fixed it since Russia, within this one week for Suzuka. I suppose Mr Tost can look forwards to a great weekend.”

However, it was not the best start to the weekend for Pierre Gasly, who missed most of FP2 with a fuel cell issue.

The Frenchman was also reprimanded for an incident with Lewis Hamilton in first practice on Friday morning.