Home News Hamilton: ‘Put Wolff and Horner in the ring!’ 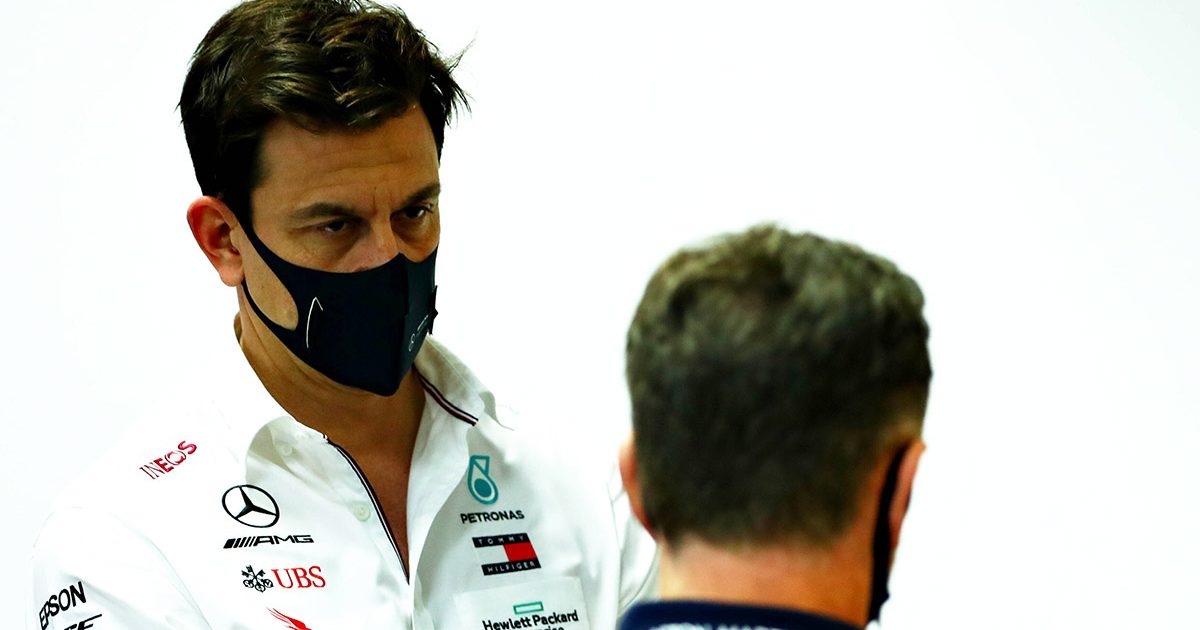 Lewis Hamilton has jokingly suggested putting Toto Wolff and Christian Horner in the boxing ring together to settle their differences.

The respective Mercedes and Red Bull bosses have been at each other’s throats for much of the 2021 season as the two teams slug it out in the World Championship battle.

The ‘flexi-wing’ saga has only seen the rivalry between the two escalate and, in Baku, the insults have been traded back and forth amid the lingering threat of official protests being made to the FIA over the degree of flexing allowed on both the front and rear wings of the title challenging cars.

Horner told Wolff to “keep his mouth shut” over Red Bull’s rear wings as that will only prompt Red Bull to start protesting against Mercedes front wing; meanwhile, Wolff called Horner a “windbag” in response who needs to be “more humble”.

Asked about the bubbling rivalry, Hamilton had a great solution to settle this fight once and for all, and had a strong supporter of it in Max Verstappen – a racer who is seeing his odds shortened with the likes of WynnBET more on more this season.

“We should get them in the ring!” Hamilton said at the post-qualifying press conference in Baku.

“Yeah, I think the weight, the weight division is a bit of a problem. Like in the height. I mean, the reach,” Verstappen replied, and Hamilton responded, “They’re the same weight, just different heights.”

“I mean, I’m all for a ring anyway, even in Formula 1 instead of penalties. So that’d be great!” Verstappen continued.

“It’s Formula 1, it’s a lot of stakes involved. So everyone wants to win, everyone is competitive. So I guess it’s just a natural thing. And it’s good for people to read right? Bit of fire behind it.”

Hamilton went on to call both Wolff and Horner “great leaders” and, given how close it is between the two teams, it is only natural that the two figureheads will clash over the course of the season.

“I think we got naturally the two top leaders of teams,” Hamilton said.

“And they’ve both contributed hugely to the success of both teams, and great, great leaders. And that’s going to go head to head because we are head to head in this type of battle.

“So yeah, we generally just like to do our talking on the tracks. So we’re just keeping our heads down.”