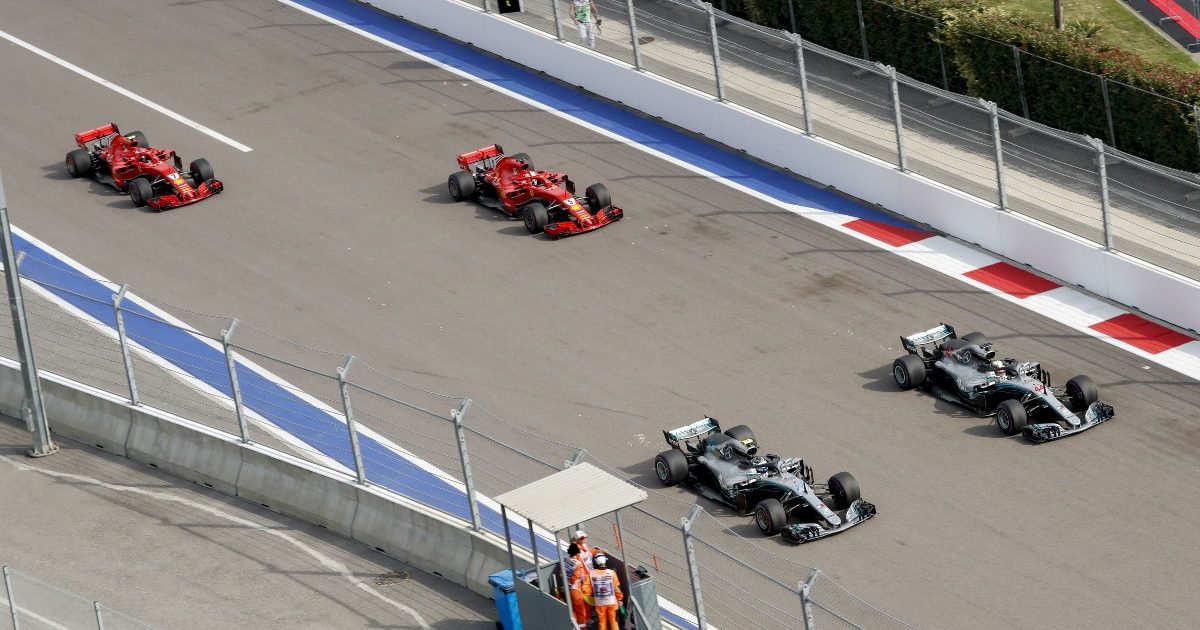 Toto Wolff says the battles with Ferrari in 2018 and 2019 very nearly caused Mercedes to reach their breaking point.

The German team are locked in a title fight with Red Bull this season, and it is the first time another competitor has truly challenged them since Ferrari did so.

In 2017 and 2018, the Scuderia were leading the championship courtesy of Sebastian Vettel for long periods – and in 2019, while they were not as strong on race days, they claimed nine pole positions.

Wolff says fighting off the Italian outfit in those latter two seasons in particular pushed his own team to the very edge.

“But also 2018 and particularly 2019 when we were fighting Ferrari, it was very difficult at times. We were really pushing the boundaries.

“And that also means pushing each other almost to breaking point in order to win the championship.”

Catching a quick word with Toto before the summer break… 🙏

He talks the first half of the season, hopes and expectations for the rest of the year, off-track activities and more 💪 pic.twitter.com/llTkPeWVUC

The 2021 campaign has arguably been an even bigger challenge for Wolff and Co so far, with Red Bull and Max Verstappen both taking early leads in the standings.

Mercedes and Lewis Hamilton have since managed to close the gap and overtake their rivals in both though, and Wolff says the key has been understanding this year’s tyres.

“We had a good period in early spring, we were able to compete strongly in Portimao and Barcelona,” said the Austrian.

“And then we had a few races that were really bad, starting with Monaco and then Baku, but since then we have somehow found our grip.

“We have learned, we have discovered how our car performs on the new tyres, and I think we have returned to a much better place at Silverstone and in Hungary.”

Despite the lead they now have though, Wolff still says it is his team, not Red Bull, who are on the back foot in the title fight.

“I think we are the hunter,” he added. “We approach this with fun. There is nothing to lose for us because we have a deficit towards our competitors.

“So we just have to win and continue the journey with great anticipation, enjoy every single race weekend, try to do the best possible job and hopefully that’s enough to really compete for the championship until the very end of the season.”