Home News ‘Wolff’s actions unacceptable and he knows that’ 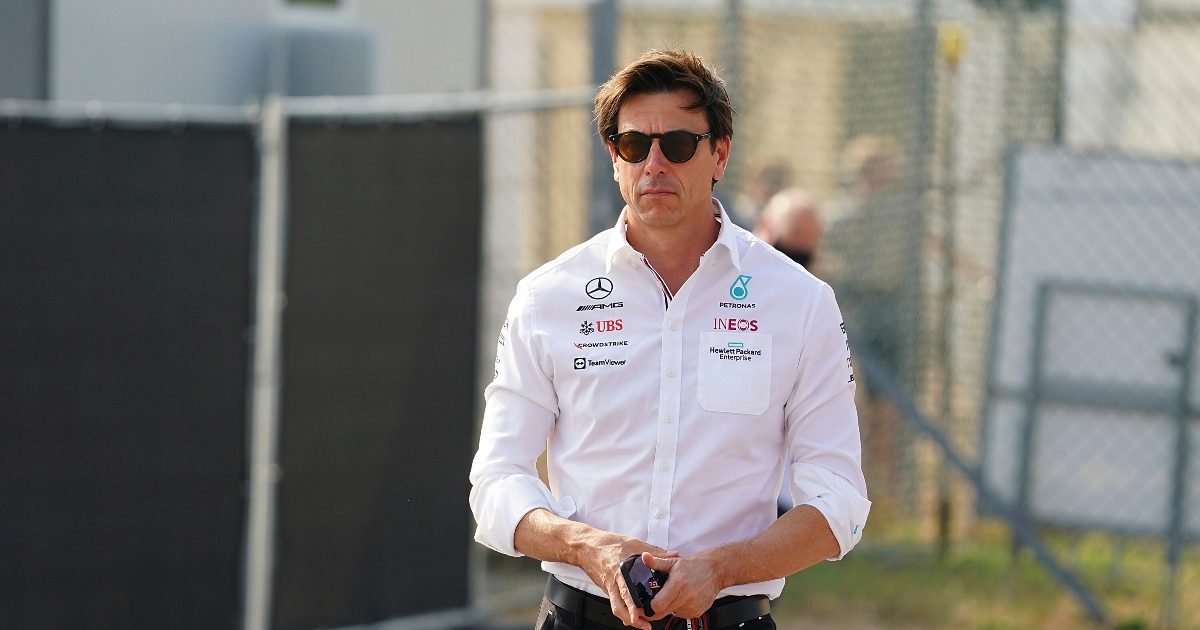 Martin Brundle says Toto Wolff knows his lobbying of Michael Masi was “unacceptable”, when trying to stop a Safety Car being deployed in Abu Dhabi.

The Sky Sports analyst was referring to a particular moment when the Mercedes team boss was aiming to prevent a Safety Car period for Antonio Giovinazzi’s breakdown in the 2021 finale, but was also speaking more widely about how team bosses trying to sway the decisions being made in Race Control.

Both Mercedes and Red Bull tried to speak to Masi and influence decisions in their favour throughout the season, but those calls were heightened in the final stages in Abu Dhabi as Max Verstappen and Lewis Hamilton fought for the World Championship.

Former McLaren and Jordan driver Brundle thinks Wolff was in the wrong for trying to influence Masi on a decision based on safety, and recalled the dynamic that was in place under former race director, the late Charlie Whiting.

“One hundred percent,” Brundle said on Sky Sports’ ‘Abu Dhabi: One Month On’ show when debating if teams lobbying the FIA should stop.

“In the first Safety Car incident when [Antonio] Giovinazzi’s Alfa Romeo broke down some way from a service road, we had Toto on the radio to Masi saying ‘Hey Michael, no Safety Car’, trying to influence a safety decision.

“[It’s] completely unacceptable and Toto knows that. We can’t have that.

“What used to happen in the Herbie [Blash, former deputy race director] and Charlie days is they would get on the radio to Charlie and Herbie would go ‘He [Whiting] is busy at the moment. He’ll get back to you’.

“Of course, he didn’t because Charlie was busy sorting out the mess that was on track and working to understand when the race could be restarted.”

Wolff took partial blame for how team bosses lobbied the race director during the season, and has called for that practice to stop heading into 2022.

Some of the messages between the teams and the FIA were broadcast on the global TV feed for the first time in 2021, giving fans an insight into the conversations between Race Control and those on the pit wall.

Brundle thinks the habit of teams trying to influence decisions has to stop altogether moving forward, be it on FIA radio or otherwise.

“For me, that was one of the most uncomfortable aspects of this season,” he said.

“We saw it in Saudi Arabia, Silverstone, team principals up in the stewards’ office trying to remonstrate with them mid-race. That has got to stop.

“Can you imagine a [football] manager running on the pitch and remonstrating and telling the referee the decisions he is going to be making next? No, you can’t have that.”