Home News ‘Even the best spin off behind the safety car’

Toto Wolff has told Mercedes junior driver George Russell to forget about his Imola blunder – saying it happens to the “best ones”.

Russell, who is in the second season of what is effectively a three-year ‘loan deal’ with Williams, spun his car into the wall while trying to warm his tyres behind the Safety Car during the Emilia Romagna Grand Prix.

Having been in with a chance of scoring his first Formula 1 points at the time, the Briton took his mistake badly and sat disconsolately by the side of the track before heading back to the paddock – and later said what he had done was “unacceptable”.

However, subsequently he was urged on social media not to beat himself up by past and present experienced F1 racers such as Lewis Hamilton, Romain Grosjean, David Coulthard and Mark Webber.

Now Mercedes team principal Wolff, who is masterminding Russell’s career, has also weighed in with the messages of support, insisting it is all part of the learning curve on the way to becoming one of F1’s top talents, which is widely expected of the 22-year-old. 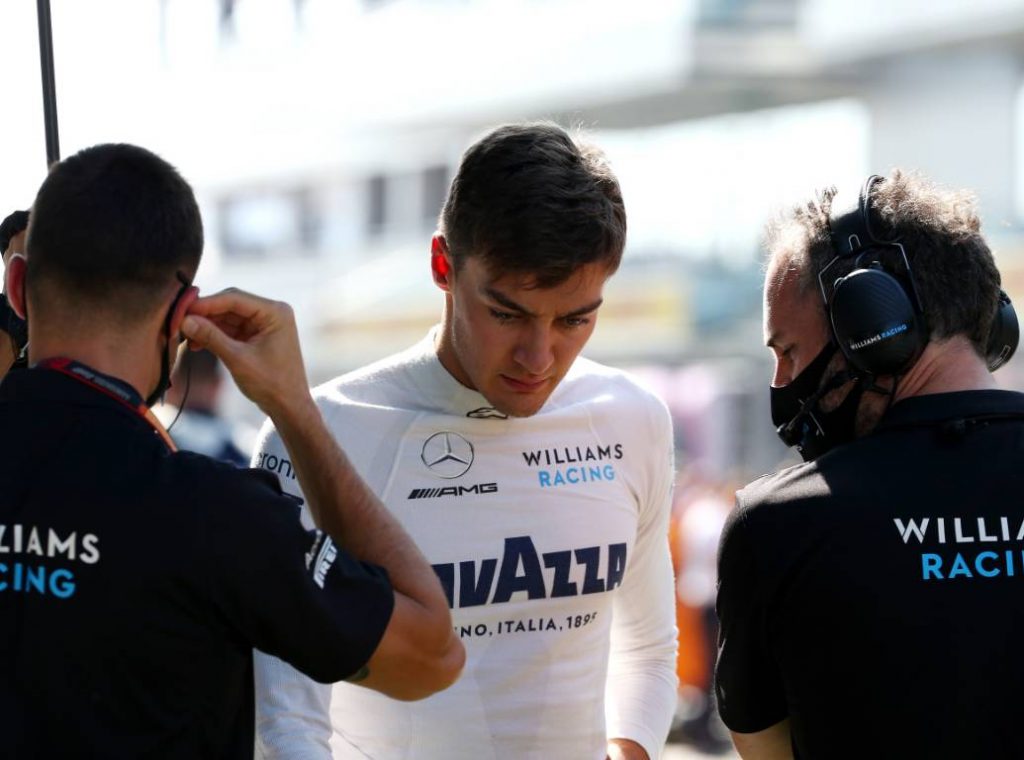 “That is all part of the development process,” said Wolff, quoted by Autosport, who has stated Russell is among the leading candidates for a Mercedes drive when one becomes available.

“What makes Lewis and Valtteri [Bottas] so special, and before Nico [Rosberg], was the experience they gained.

“I think everyone needs to put a car in the wall behind the Safety Car. We’ve seen that from the most experienced ones, and making mistakes under pressure. I think what George did happened to the best ones.

“It feels awful for him right now but it will sink in, be like a scar, and he will be a better driver in the future.”

Former Mercedes and Williams technical director Paddy Lowe, who worked with Russell at both teams, also jumped to his defence.

Lowe referenced the 1991 San Marino Grand Prix at Imola where Ferrari driver Alain Prost spun off and stalled on a wet formation lap and was not able to make the start of the race.

Responding to an apologetic tweet from his former driver, Lowe said: “Put it behind you, George Russell, you are in great company. Imagine spinning out on the formation lap in a Ferrari at Imola when already 3x champion. Everybody makes mistakes.”