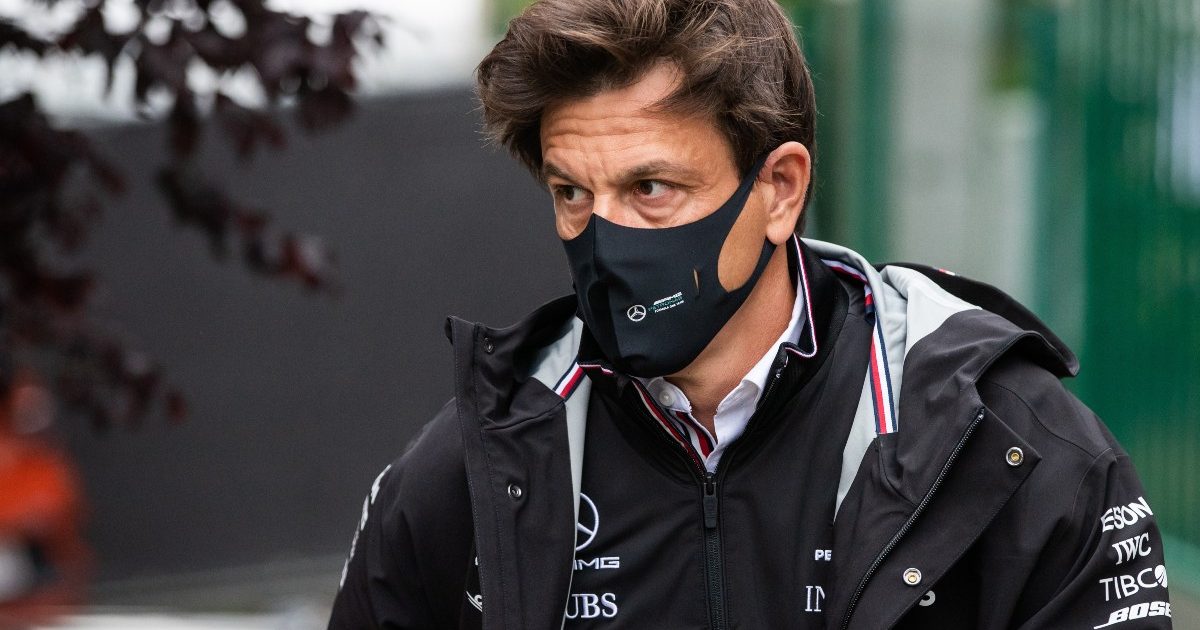 Toto Wolff was impressed by George Russell’s stunning qualifying performance at Spa, but says it doesn’t change anything.

Mr Saturday lived up to his nickname in Belgium, being the stand-out driver of the day, securing P2 in his Williams, doing faster than everyone except Max Verstappen in wet conditions.

Such a performance only increased the already loud chorus of calls for Wolff and Mercedes to give the Brit a seat for 2022 and beyond.

The Austrian was indeed impressed by the showing, but says it won’t have an effect on the decision regarding whether Russell is signed or not.

“To put in such a lap and keep it on the track, and then it was a sniff away from pole position, so yeah, congratulations.

“No,” he answered when asked whether it had changed anything.

“I think by now we know where we stand and we know what he can do. Today is just another confirmation…

One man who wouldn’t have enjoyed the performance from Russell was Valtteri Bottas, the man who will lose his seat if Russell is signed.

To make matters worse, the Finn struggled in Q3, only finishing in P8, and Wolff isn’t yet sure why this was the case.

“With Valtteri, it wasn’t a good session at the end,” he added.

“I think he did pretty well throughout the session, basically on par with Lewis, and then at the end, he fell off.

“I didn’t speak with him yet so I don’t know what happened, but he’s starting outside the top 10; it’s about, really, damage limitation.”

Things were at least better for Hamilton who secured P3, and Wolff feels he can win the race.

“With Lewis, everything is still to play for for victory,” the Austrian stated.

“We have a strong race car, we are more on the dry setup side, we have good straight-line speed, so if the weather is like this we have a problem, but otherwise I think we should be good.”