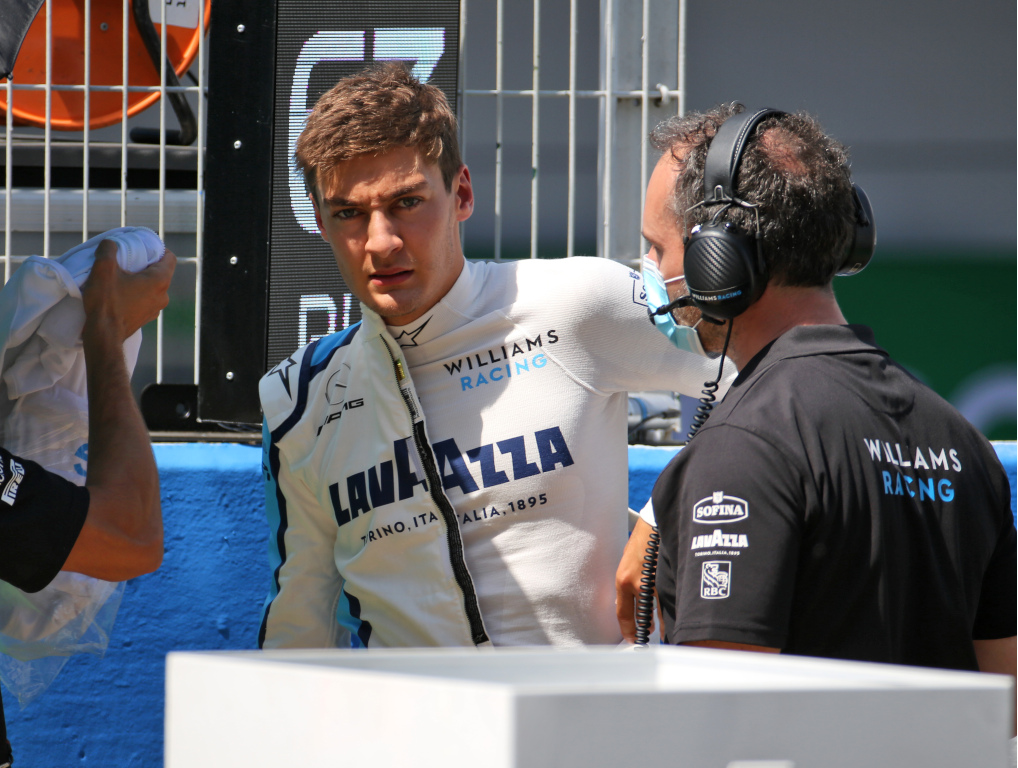 Toto Wolff concedes it is entirely up to Williams whether they run George Russell next season, Mercedes does not have a say in the matter.

At things stand Mercedes protégé Russell has a three-year contract with Williams with 2021 being the third year.

Back in July, with the team still under the Williams family’s control, deputy team boss Claire Williams confirmed Russell and Nicholas Latifi for the 2021 season.

“Bring it on 2021,” the team tweeted a picture of Russell and Latifi. “Looking forward to seeing these two continuing to do their stuff with the team next year.”

Since then the Williams family has left Formula 1 and Dorilton Capital has taken over, appointing Simon Roberts as acting team boss.

According to rumours, the new owners are considering a different line up headed up by soon-to-be-former Racing Point driver Sergio Perez.

His team-mate would be Latifi with Russell shown the door.

The reports raised questions about whether Wolff and Mercedes could intervene given that the team supplies Williams with its power units.

Wolff, though, says the driver line up is Williams’ and Williams’ alone.

“In the end it’s Williams’s decision,” the Mercedes motorsport boss said via Crash.net

“We all know about George’s capabilities.

“He is a star of the future who remains unbeaten by his team-mates in Formula 1.

“Sometimes he is able to show highlights in a car that is not competitive at the moment. And I think he’s a great team asset.

“But there’s obviously a financial reality that I cannot judge at all and it’s absolutely the judgement of the new owners and Simon to decide what they want to do going forward.”

Wolff, who manages Russell, has been in talks with Williams about the driver’s future.

“We’ve touched base about George but at the end, like I said, it’s their call,” he added.

Roberts, meanwhile, has refused to confirm or deny the rumours.

“I’m just not going to talk about it,” he told RaceFans. “Dorilton bought the team, nothing changed with regard to the drivers.

“There’s just so much speculation, rumours, it’s crazy. It’s silly season, after all. We’re not saying any more than that.”