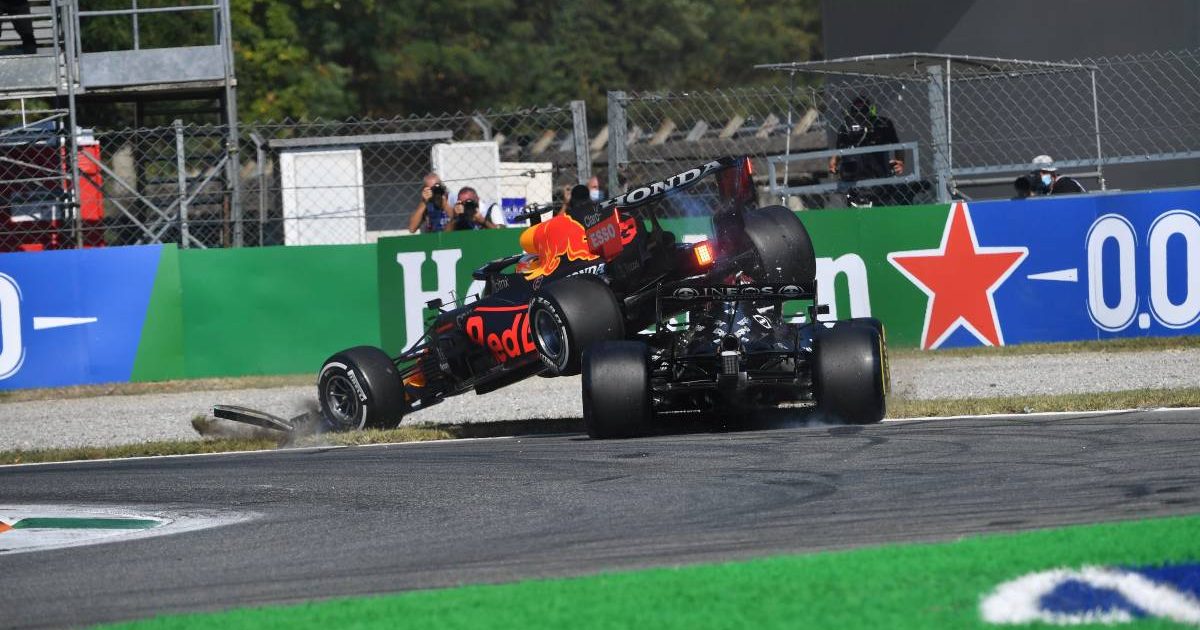 Lewis Hamilton has said the Halo saved his life after the second major collision this season between the World Champion and Max Verstappen.

Although at slower speed than their Silverstone clash, the contact at the opening Monza chicane was no less dramatic as the Red Bull came to rest partly on top of the Mercedes.

This time, both drivers exited the race, leaving Daniel Ricciardo to go on and win the Italian Grand Prix from his McLaren team-mate Lando Norris.

Hamilton and Verstappen were able to climb out of their cars independently and walk back to the pits, unharmed apart from the Briton saying he was “a little bit stiff” having taken “a bit of a whack on the head”.

Both Hamilton and Mercedes team principal Wolff believed the outcome would have been much worse but for the protective Halo device, which was also praised for saving Romain Grosjean’s life in his horrifying fireball crash at last year’s Bahrain Grand Prix.

“I feel very, very fortunate today – thank God for the halo,” Hamilton told reporters. “That ultimately saved me, you know, and saved my neck.

“I don’t think I’ve ever been hit on the head by a car before and it’s quite a shock for me. If you’ve seen the image, my head really is quite far forward.

“I’m so, so grateful I’m still here. I feel incredibly blessed. I feel like someone was watching over me today.

“I’ve been racing a long time and we are taking risks out there all the time. I guess it’s only when you experience something like that that you get that real shock of how you look at life and realise how fragile we are.”

“The halo definitely saved Lewis’ life today,” Wolff told reporters while awaiting the verdict from the stewards’ inquiry into who was to blame for the incident. The Austrian later learned Verstappen had received a three-place grid penalty for the Russian Grand Prix having been found “predominantly at fault”.

“It would have been a horrible accident that I don’t want to even think about if we didn’t have the Halo.”

There had also been an incident between the duo at the second chicane on the opening lap in which Hamilton had to briefly go off track, similar to what had happened in this year’s previous grand prix in Italy at Imola.

And, of course, the Copse collision which resulted in Verstappen hurtling into the barrier with an impact of 51G and requiring checks in hospital – a crash for which Hamilton was adjudged by the stewards to be predominantly at fault.

“It’s fierce and it’s intense and they need to find a way of how to race each other,” added Wolff. “There will be accidents if it is not clear and it is never clear-cut actually.

“The Silverstone one, it was [judged to be] predominantly. But they know what they are doing in the car and how they are racing each other, and we should be watching with interest and hopefully not having eight accidents in the next eight races.

“That means we would lose [the title] by five points or so.”

After increasing his advantage by two points in sprint qualifying, Verstappen will take a five-point lead in the Drivers’ standings to the Russian Grand Prix – but will have that grid penalty to overcome.