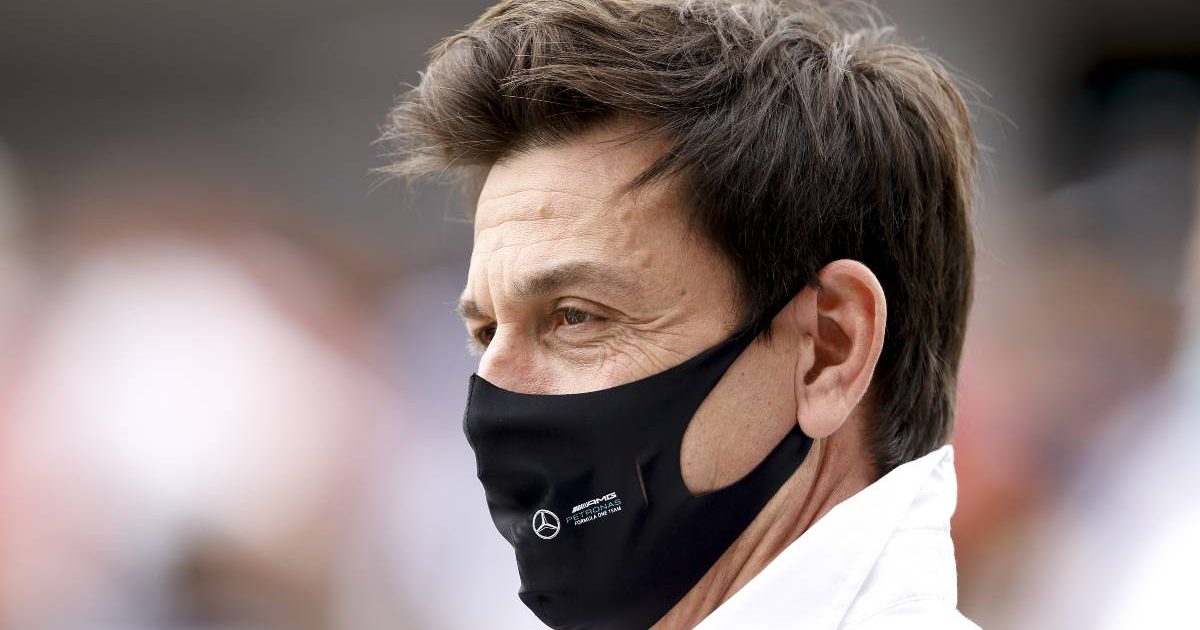 Mercedes boss Toto Wolff has said he was “just playing” about delaying a decision on Valtteri Bottas and George Russell until the winter time.

The futures of Bottas and Russell are both in the air with Mercedes deciding on which one to choose for a seat with them for the 2022 season.

The rumours that Russell will replace Bottas have only increased again after another poor weekend from the Finn at the Azerbaijan Grand Prix, but Wolff said on Friday evening at the latest round in France that it could be winter before a final decision was made.

“It could be somewhere in the winter I think,” Wolff told reporters.

“But I don’t know if it’s December, January or February.

“It is highly possible [we wait that long] because we have always been committed and loyal to the drivers. And this is what we’re doing.”

However, Wolff has now told Sky Italia that he was messing around and thinks the winter is actually too late to resolve the matter.

“I was just playing,” Wolff said. “We don’t wait until December. It’s too late.”

Asked if something could be announced as early as Silverstone in July, he replied: “Too early. Something nice for Monza [perhaps], for you to have a nice story for example.”

Wolff also said on Friday, which is very likely still to be the case, that it will be down to performances as to which driver will land the Mercedes seat in 2022.

“That [a fresh face] is one of the one of the things that need to be considered? Absolutely. But it’s not the main driver,” he added.

“The main driver is consistent performance. Especially in this difficult year, we need two drivers that are racing right there.

“If one is having an off weekend or DNFs, you need the other one to bring it home. And that’s why it’s always important that both are just on the max of their ability.”