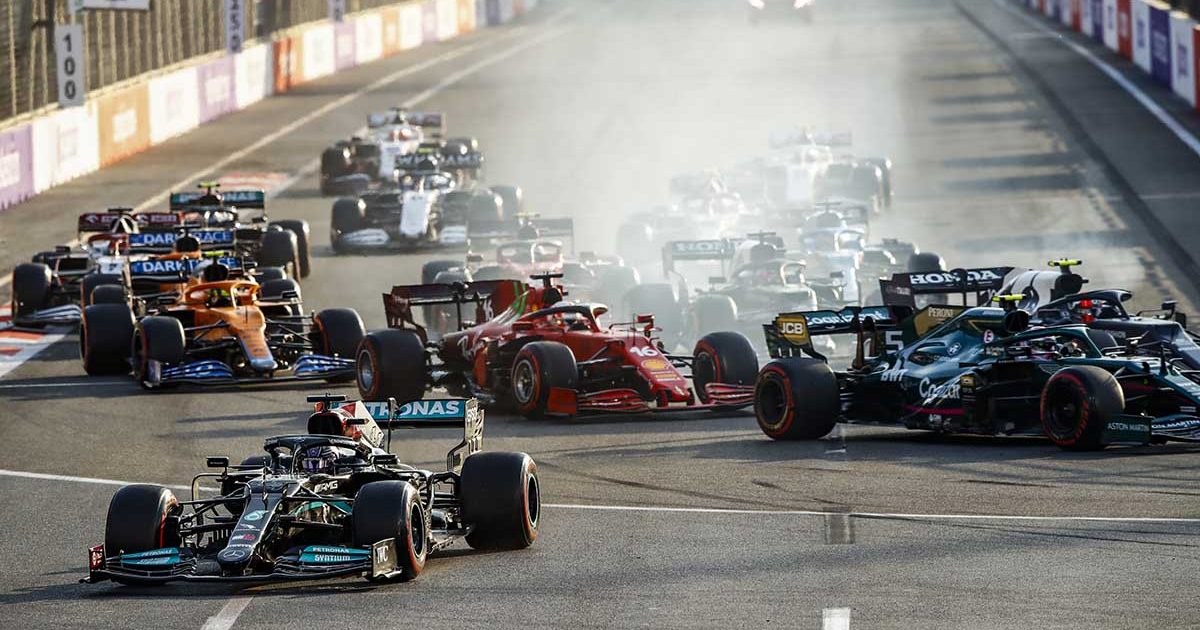 On the back foot for the majority of the weekend against a Red Bull team who looked so much more comfortable with the challenge that comes with the Baku street circuit, Hamilton still found himself in a glorious position to put a serious dent in Max Verstappen’s title bid after the Dutchman suddenly crashed out due to a tyre blow-out.

At the standing restart for a two-lap race once debris was cleared, Hamilton found himself starting P2 behind effective pole-sitter Sergio Perez.

Prior to lights out for a second time, Hamilton urged caution over team radio saying that “it is a marathon and not a sprint” in reference to how he would approach the two-lap race with the bigger title picture in mind.

But ultimately he didn’t follow through on those words. With his brakes noticeably overheating, the crucial moment came when he accidentally flicked the brake magic switch which made him lock-up and head down the escape road.

He went from P2 and finished P15, leaving Hamilton and Verstappen both point-less after a chaotic race.

But, despite looking like a mistake from Hamilton for most, Wolff couldn’t agree with that assessment.

“No, it can’t be called a mistake,” Wolff told Sky Sports F1.

“It’s just when Sergio [Perez] came over, we have the same procedure, he touched a button and the brake balance changed.

“The brake balance went all the way forward and then obviously the car doesn’t stop.”

Asked specifically about Hamilton’s brakes running very hot, he added: “Yeah I don’t think that was the problem. I think it was more a simple…how can I say…finger problem.”

Speaking more generally about Mercedes’ continued pace problems at street circuits, Wolff was honest in his reflections and defiant in tone.

“In Monaco and here we didn’t have a car that was competitive, full stop,” Wolff said.

“We have underlying issues – we are not getting the car in a happy window for the tyres.

“We know the deficit and we know we have gaps which we simply have to overcome but I have no doubt, this a team which is so strong and so angry, and we are going to turn that anger into positive form and come back.”