Home News Wolff: No time to sit and talk about contracts

Toto Wolff has insisted a lack of time continues to be the reason why his and Lewis Hamilton’s futures at Mercedes have yet to be resolved.

Neither team principal Wolff nor six-time World Champion driver Hamilton have committed to remaining with Mercedes beyond this season, although both have indicated a keenness to stay with Formula 1’s dominant constructor.

The only issue has been Wolff potentially seeing himself in a different role within the team, having admitted he is “contemplating” how long he should remain in his current position.

But with six races of the 2020 season to go, and only five months before the anticipated start of the 2021 campaign, the Austrian has cited a shortage of available space in the diary as to why contracts for he and Hamilton have yet to be nailed down.

“We simply don’t have time to sit down and have a chat,” said Wolff, who has a 30% share in the Mercedes F1 team, quoted by Crash.net.

“It’s the same for my own contract, things are happening in the background and being negotiated but it’s not so simple because there is a shareholding and how we are continuing.

“It’s clear from the Daimler side and from my side that we want to continue to work with each other in the partnership we have.

“And for Lewis, I guess he wants to be in the quickest car and we would like to have the quickest driver in our car, so it seems pretty obvious. We just need to find the time and sit down.” 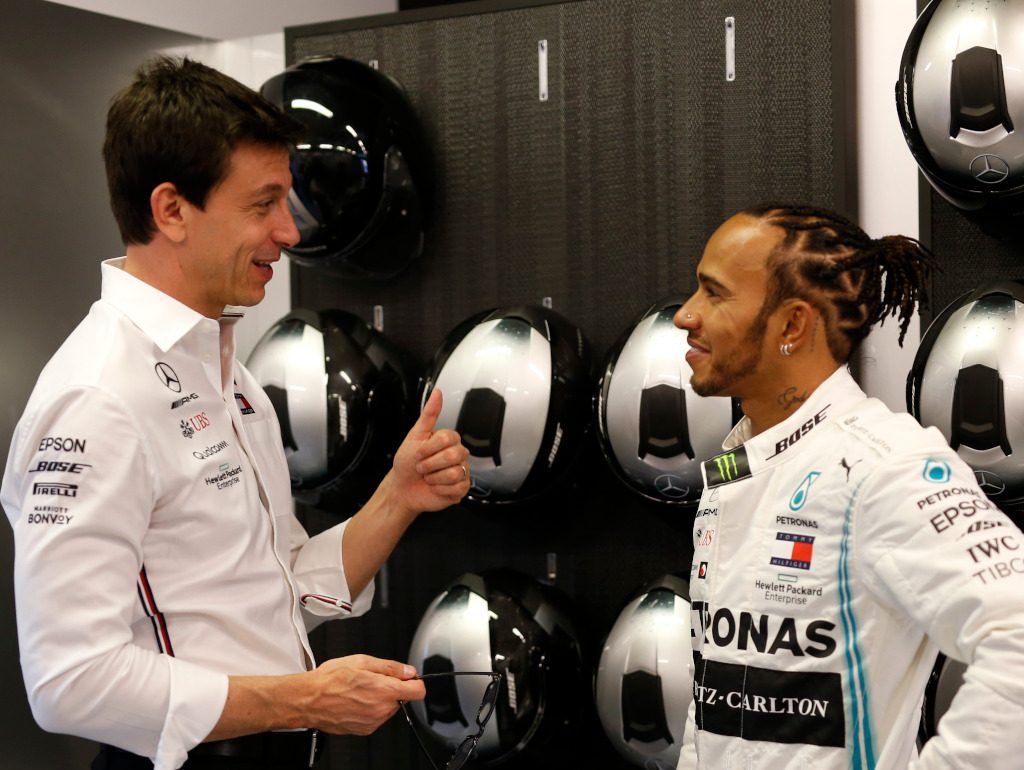 Hamilton has remained sanguine about his future and said after winning the Eifel Grand Prix he has no intention of quitting F1 any time soon after he equalled Michael Schumacher’s all-time record of 91 race victories.

“I think I’ve got the best team behind me who continuously inspire me,” the Briton said.

“Each year I come back to the factory and see these guys pumped up and focused and being incredibly smart and innovative every year. And also just so welcoming to me.

“You would have thought after all this time we’d get fed up with each other but we don’t, there’s a real love within this team and I’m grateful for that. I love doing what I do – I love the challenge.

“The sport, the smell of it, the whole aura and atmosphere it creates will be difficult to let go. But I do feel, whilst I’m older than most of the other drivers, I feel as young as them, at least in spirit. I’m still very much a kid when I’m off the camera.

“That will probably change when I start seeing grey hairs and stuff, but I’m good for now.”