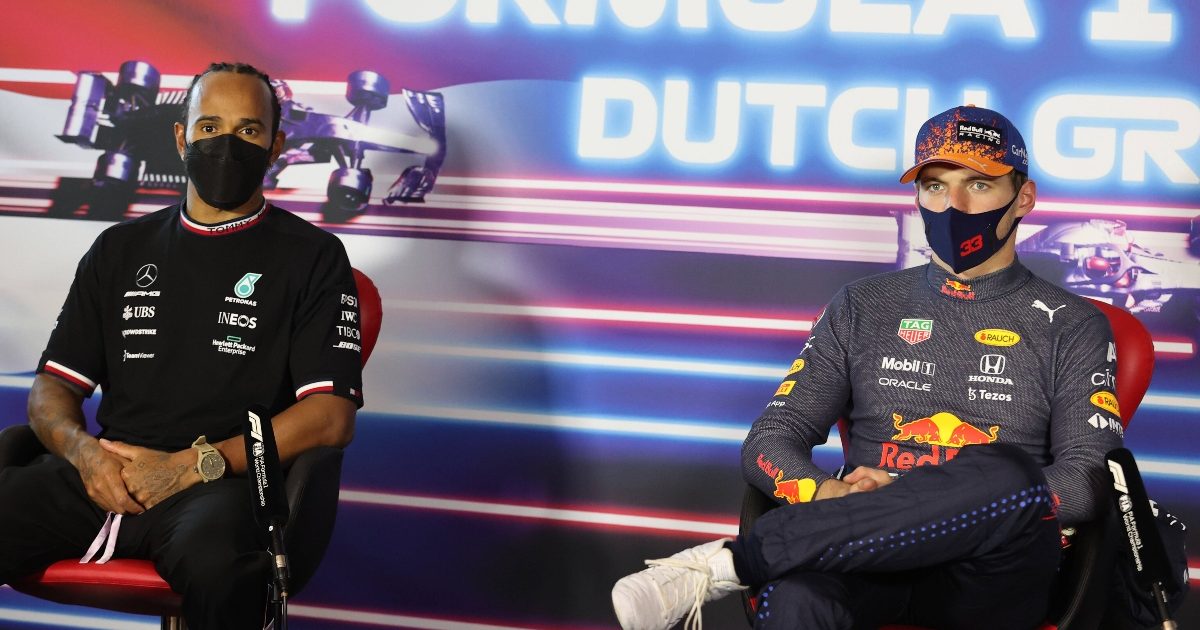 Toto Wolff thinks the media exaggerates the rivalry Lewis Hamilton and Max Verstappen have with each other.

The two drivers are locked in a tight fight for the title this season, with the Red Bull driver currently leading the Mercedes man by just five points.

The battle between them has been far from clean, with the two coming together at both Silverstone and Monza, the Dutchman retiring at the former and both at the latter.

On both occasions each driver placed the blame on the other, criticising their rival for not leaving them enough space – and that is not the only time they have been critical of each other off-track.

While he agrees having such a battle between the two drivers is good for the sport though, Wolff thinks the rivalry is somewhat exaggerated by the press.

“I think it’s a bit exaggerated by the media,” the Mercedes team principal told Sky Italia.

“It’s a nice fight and I like to see on television that there’s a nice story.

“But it’s true, they are two personalities, two fast drivers with a lot of talent that fight for the championship. And that interests all the fans and us as well.”

Taking everything into account, it was best to take the engine penalty here in Sochi. It will be a challenging race but so far I’m happy with today’s running and our work on the race set-up #KeepPushing 🇷🇺 #RussianGP pic.twitter.com/3ZUR4HePJW

Hamilton will fancy his chances of taking the lead in the standings at Sochi given the fact Mercedes have won every F1 race there.

Moreover, Verstappen will be starting from the back of the grid after taking a new engine and therefore receiving a grid penalty.

Wolff hopes Hamilton will not have to change his own power unit prematurely before the end of the year but says reliability issues could force the matter.

Either way, Mercedes would not want to do so when Verstappen has a penalty himself.

“But clearly, you see every weekend is important and if there is a problem of reliability you have to do something. We see that.

“For that reason, here in Russia it’s a circuit that, with Max’s penalty, we don’t want to do that.”