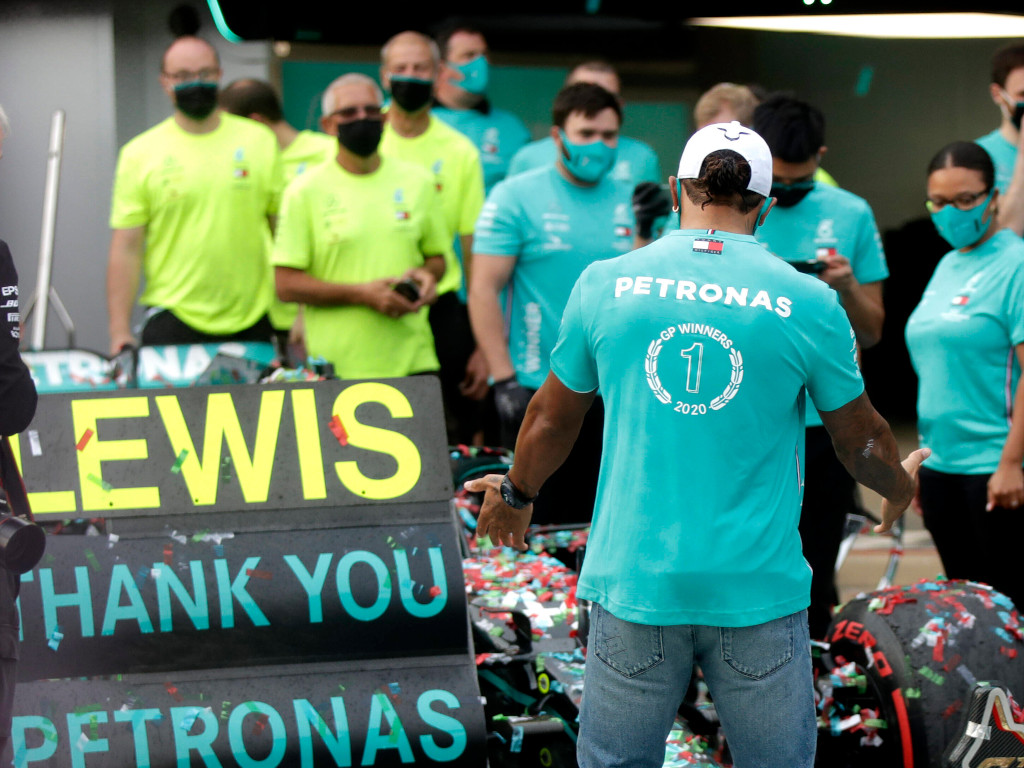 Toto Wolff doesn’t believe Lewis Hamilton will quit Formula 1 at the end of this season despite the Brit’s post-race comments at Imola.

Taking his record-breaking 93rd grand prix win at Sunday’s Emilia Romagna Grand Prix, Hamilton was asked about his future and that of Wolff’s.

Both Mercedes men, instrumental in the team’s run of seven successive Constructors’ crowns, are out of contract at the end of this season.

Hamilton replied: “I don’t even know if I’m going to be here next year so it’s not really a concern for me at the moment.

“No, I think I understand and we have a lot of deep conversations, Toto and I, so I’m very, very aware of where he is mentally and we share a lot of … and carry a lot of the weight together, I think.

“Jeez, yeah, I’ve been in a long, long time. I can definitely understand wanting to pull back and give more time to family and those things.”

Asked to clarify his comments and whether there was a ‘real’ chance he won’t be on the grid next season, the six-time World Champion admitted he would “like” to still be in F1 next season but who knows.

He said: “I feel great, I still feel very strong, I feel like I could keep going for plenty of months but you know, you mentioned about Toto and shelf-life so there’s multiple things that do stay on the top of my mind but I would like to be here next year but there’s no guarantee of that, for sure.

“There’s a lot that excites me of the after life so time will tell.”

The Mercedes motorsport boss says he doesn’t believe Hamilton won’t be re-signing with Mercedes, and even if he does decide to quit, he’ll find another driver to fill the seat.

“I guess if he were to decide to step out of Formula 1 – which I don’t think is going to happen and I hope is not going to happen – then I think we are going to have a pretty frantic driver market out there,” he said.

“I think it’s the moment, it’s the emotions. We are all happy, but very tired also.

“And the same for me: I relate to his feeling that you question yourself and that you think about all the other things that matter.

“When you switch on the news in the morning, it is all about the struggles we face so it is normal for somebody to have these feelings. But we want to continue this journey. We are not finished.

“There will be a moment when the Drivers’ Championship is going to be decided so we can sit down and talk about the contract. We have a few months before the first race in Australia next year.”

A season like no other. For so many reasons…

There was a time when we didn’t know when we’d even race again.

The Austrian, who joined Mercedes back in 2012, reckons his and Hamilton’s journey together is not yet done.

He said: “I think we go together in a way that we have a symbiosis and obviously it’s important where our heart is and mindset is for next year. But I’ve said that this is my team. I am a very proud co-owner with Mercedes, and I’m not going to go anywhere.

“My role may change in the future and it’s something that he has asked and I think nothing is ever secure. Like Niki Lauda in the seventies you could wake up one morning on a Friday or Saturday morning on a track and say ‘I’m just not having fun anymore’. And I think that can happen to anybody.