Home News Wolff braced for ‘dirtier driving’ in Qatar and beyond 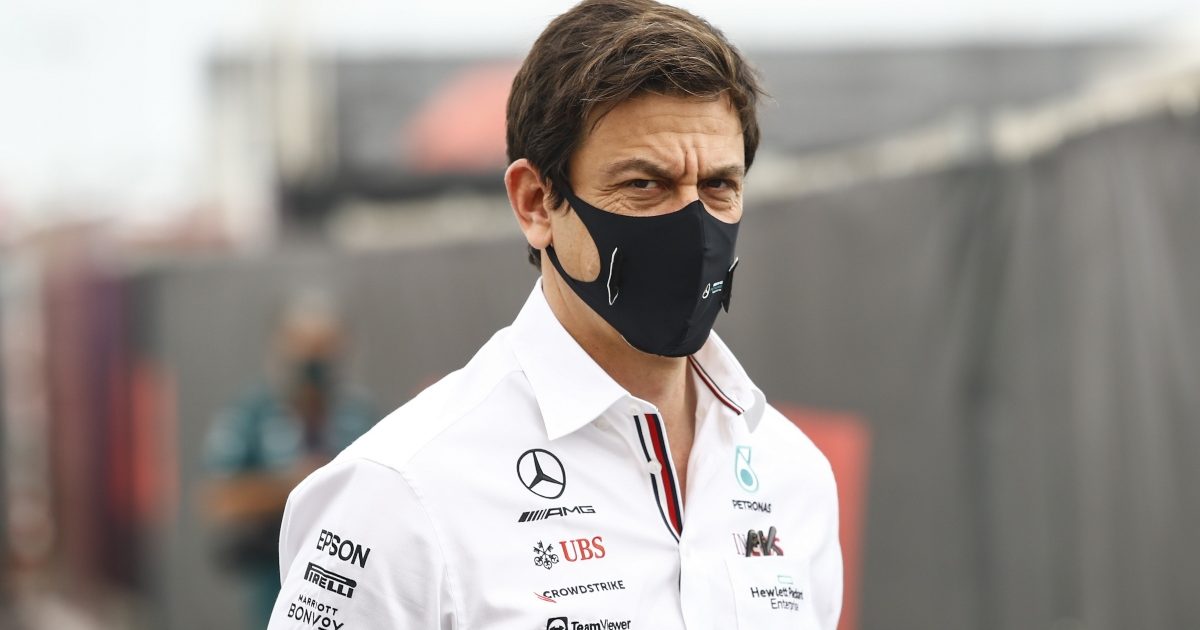 Toto Wolf is braced for “dirtier driving” going forward after Max Verstappen wasn’t penalised for the incident with Lewis Hamilton in Brazil.

Heading into the race weekend in Qatar, much of the focus on was what the FIA would decide after Mercedes requested the right to a review of the Turn 4 incident between the two title contenders at Interlagos.

It was ultimately announced between FP1 and FP2 that the request was denied, confirming that the Dutchman wouldn’t receive any penalty for, in the eyes of many, forcing Hamilton off the circuit.

Wolff was surprised by this and thinks the precedent it sets could lead to dirtier driving in the final rounds of this season.

“Because irrelevant of how Brazil has been judged – I think that’s water under the bridge – still in my opinion what it says is you that you can launch yourself into a corner and wreck the other car off-line.

“That can obviously lead to quite some dirtier driving going forward, and what I said to some of the stakeholders was we don’t want to have a messy situation tomorrow, in Saudi Arabia, in Abu Dhabi, because that would be really bad.”

The Austrian also claims that other drivers expressed their surprise about the decision in the driver’s briefing.

“All the drivers that spoke up said that it was a decision that was surprising to them and that obviously you need to adapt your driving style to that new situation,” he added.

“So yeah, still surprising for everybody that’s in the car and for us too.”

Coming up during the break between FP1 and FP2, Toto Wolff and Christian Horner are on FIA press conference duties 🍿 #F1 pic.twitter.com/fo9T7NplsK

Red Bull and Mercedes have gone from clashing on-track in Brazil to clashing off it in Qatar with Verstappen’s team suspicious about their rival’s rear wing and threatening to protest it.

Wolff feels there is too much focus on such matters and wants to concentrate on racing.

“I think there is a little too much focus and emphasis on politics and off-track trash talk. I think we need to concentrate on track,” he stated.

Things on track went rather well for him in qualifying with Hamilton taking pole position, although Verstappen did manage to split the Brit and team-mate Valtteri Bottas, that is as long as no penalty comes his way with the stewards summoning Verstappen for a potential yellow flag infringement during Q3.

That’s just the way Mercedes wanted it though, feeling P3 is a better starting position than P2.

“I think probably P1 and P3, it’s the version that we would have opted for, because it’s on the cleaner line…” Wolff said.

“So we should be okay there but you never know. If Max gets a good start and is able to maintain the lead or comes out of the first corner in the lead then obviously it’s much more difficult.”