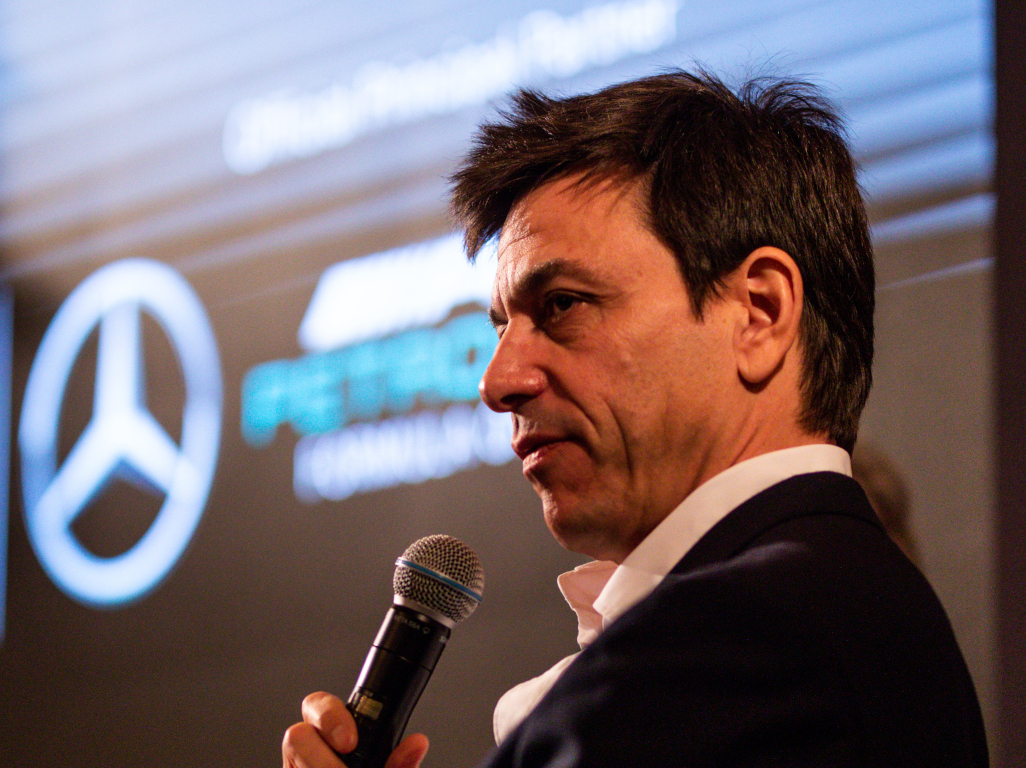 Toto Wolff reportedly sat out Thursday’s meeting with F1 bosses, raising questions about not only his but also Lewis Hamilton’s Mercedes future.

The Formula 1 team bosses held a phone conference with Liberty Media and the FIA on Thursday to discuss the way forward in the midst of the coronavirus crisis.

The teams voted to defer the 2021 regulations to 2022 while also handing Liberty Media and the FIA complete control over a new-look calendar for this year.

One team boss, though, was missing.

According to the Daily Mail, Mercedes motorsport boss Wolff wasn’t present, instead handing the reins, and the vote, to Mercedes’ technical director James Allison.

But while Wolff’s absence may be nothing more than he had a prior engagement or was with the family, it has raised questions given he has been linked to the chief executive role at Aston Martin.

Sportsmail reports that Wolff and Lawrence Stroll, who recently increased his stake in Aston Martin, are ‘believed to have travelled back together from Australia, where last Sunday’s postponed race was due to be held, and suggestions were rife on Thursday night — though denied by Mercedes — that Wolff is being lined up to take over as chief executive of Aston Martin, the British sports car company in which Stroll has recently bought a major shareholding.’

And, the British publication reports, could have an impact on Hamilton’s future.

Although the Brit has stated several times that he is keen to continue with Mercedes in 2021 and beyond, he has also said that his future is linked to Wolff’s.

Speaking last November, he said: “When you’ve been with a team for so long, we are kind of joined at the hip.

“All that detail can take its time. But you need to set some time aside to say ‘where are we, what’s the next goal, what else are we planning?'”

“So, I don’t particularly want him to leave if I’m staying in the sport but ultimately that’s going to be his choice.”

Wolff has been at the helm at Mercedes for all five of Hamilton’s World titles with the Brackley squad.

Sportsmail add that ‘neither Wolff nor Stroll took part in a previous conference call between the 10 teams on Monday. James Allison, Mercedes’ technical director, and Otmar Szafnauer, Racing Point’s team principal, deputised on both occasions.’

Earlier this year rumours surfaced claiming that Wolff and Stroll together could purchase the Mercedes team from the German manufacturer and rebrand it Aston Martin.

Instead Stroll alone bought into Aston Martin and announced that Racing Point, the team he currently owns, will be rebranded that come 2021.