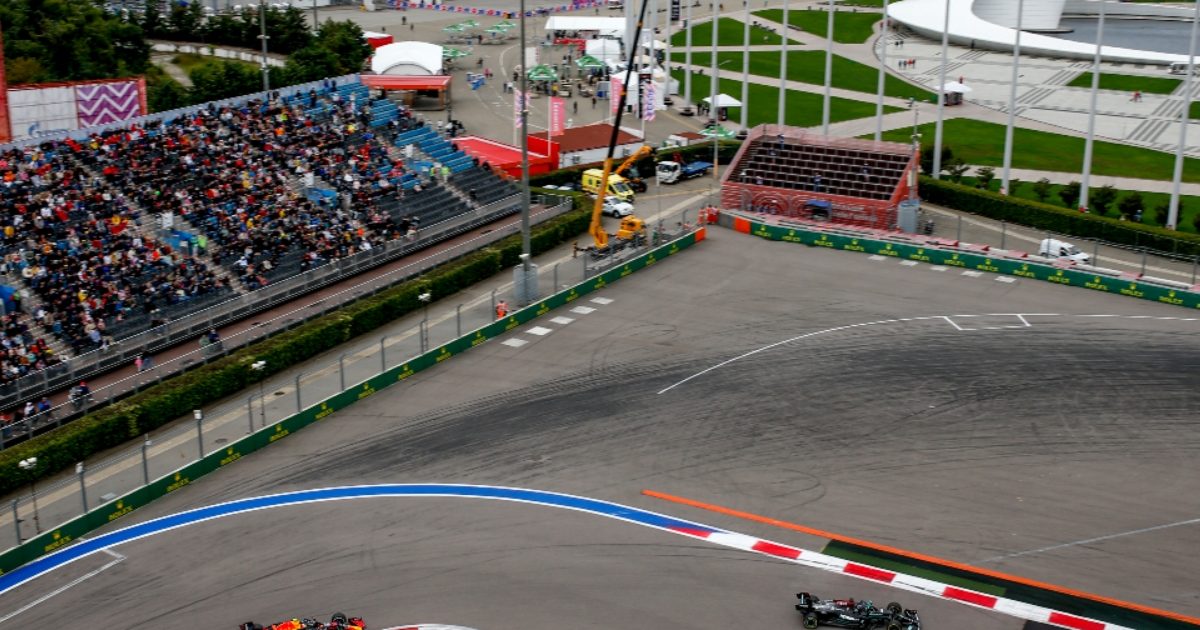 Toto Wolff says Mercedes will avoid going on the defensive and be “very aggressive” in the fight with Red Bull for the rest of the year.

Wolff’s team took the lead of the Drivers’ Championship at the Russian Grand Prix thanks to Lewis Hamilton’s win while also maintaining the lead in the Constructors’ Championship.

It was far from comfortable though, with a late flurry of rain being the reason Hamilton and Valtteri Bottas moved up to P1 and P5 respectively. Before it, the Brit looked set to finish in P2 while the Finn was well outside the points.

On the downside for them, the Red Bull of Max Verstappen was able to climb up to P2, although Sergio Perez dropped down from just outside the top three to just inside the points.

Wolff doesn’t feel either team is getting the best results possible every weekend this year and thinks the best solution for his team is to attack.

“Valtteri’s comeback [after an engine penalty] we knew was difficult, and we finished with a first and a fifth, and that is very good, without a doubt, and it is the 100th victory of Lewis,” the Austrian told reporters in Russia.

“But Max recovered dramatically, and that’s not good for the championship.

“So in a nutshell, we have to continue to be very aggressive in the way we approach this season, not be on the defensive, but just move forward, in order to add up these good points. ”

“Because neither we nor the others are really good at maximizing points right now.”

Mercedes have been hugely dominant in Sochi in the past, winning every Formula 1 race there, but only good fortune maintained that record this year.

At the previous round meanwhile, they failed to win at another circuit they’ve been strong at in the past, Monza.

However, with the regulation changes at the start of the year, Wolff doesn’t think past results are relevant.

“I stopped trying to see if it’s historically a strong race for us, because with the new regulations, everything changes,” he added.

“Yes, we knew that Monza and Sochi would be more [difficult] for us. And the reality is that we are where we are, and this is the point difference and I doubt that either team is going to take a giant turn up or down.