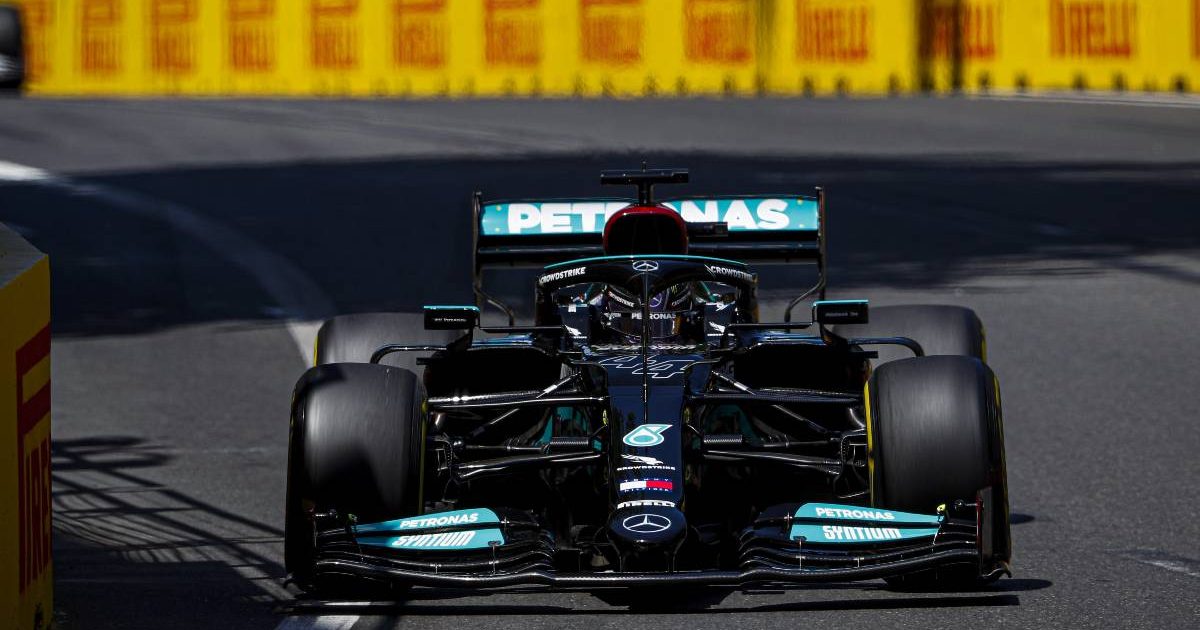 Toto Wolff has insisted Lewis Hamilton being given a tow by Valtteri Bottas during Azerbaijan Grand Prix qualifying had nothing to do with Mercedes team orders.

Hamilton qualified second on the grid for the race in Baku, behind surprise pole-sitter Charles Leclerc, after a dramatic improvement in the W12’s performance from where it had been in free practice.

But there was still a big disparity between Hamilton and Bottas, with the Finn well over a second slower than his team-mate on the single runs that could be completed in Q3 before Yuki Tsunoda and Carlos Sainz both crashed, bringing out red flags that ended the session.

It means Bottas will start the race 10th, barring any further penalties incurred by rivals ahead of him, and a significant part of his delta to Hamilton was that he was effectively towing the World Champion down the long pits straight which proved helpful.

However, rather than it being a direct instruction from Mercedes that Hamilton would be the one to benefit, team principal Wolff said it was merely the case that it was the Briton’s turn to choose whether he left the garage before or after Bottas.

“We have the rule at the beginning of the season – any driver can decide if he wants to go first or second,” Wolff told Sky F1. “This weekend it was Lewis’ call and he decided to go second, so it’s nothing surprising.”

Catching up with the Boss after THAT Quali! 👏 pic.twitter.com/8VyZKGxsiJ

Besides the towing aspect, another contributory factor to the 1.209sec difference between Hamilton and Bottas was the downforce settings chosen by the drivers as Mercedes strived to work out why they were so much slower than Red Bull and Ferrari in particular.

On the form they had been showing in free practice, there looked to be no guarantees that Mercedes would even get both cars into Q3 – but in familiar fashion, they came good in the end after what Wolff described as a series of “experiments” produced the right solution.

“The long runs [in FP2] were very good. I would say yesterday they were on the same pace as the Red Bulls, so I think we have a decent shot at a good result tomorrow.”