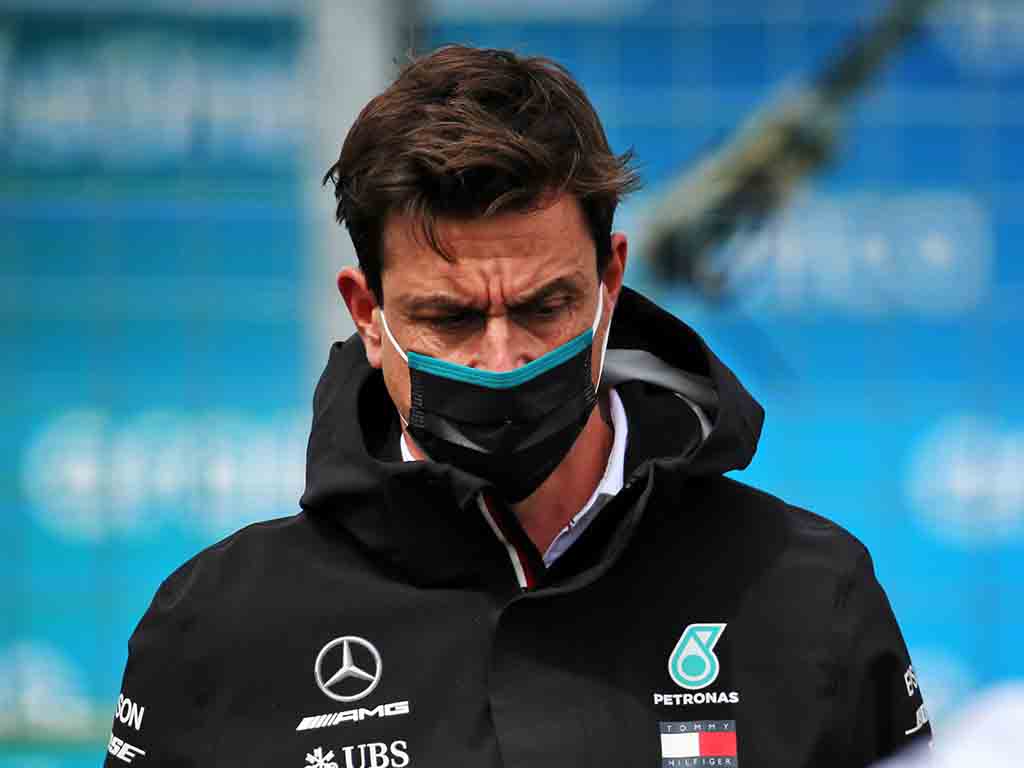 Toto Wolff has said that the late tyre drama at the British Grand Prix shows he is justified with his regular warnings about being complacent.

The Mercedes boss has a regular habit of downplaying Mercedes’ dominance and realises that the team are not “making many new friends” when they consequently blow their competition away race after race, year after year.

The Silver Arrows were cruising towards another 1-2 at the British Grand Prix until sudden tyre blow-outs threatened to derail their whole weekend.

While Valtteri Bottas’ shock puncture ensured he fell out of the points from P2 to P11, Lewis Hamilton was able to hold on to victory, incredibly with just three wheels.

It is these sort of unpredictable moments that keeps Wolff and the Mercedes team very much on their toes.

“I know that I get lots of criticism when I point out that events like this can happen, that once you think that everything is smooth and you are just cruising into the sunset, these things can unfold,” Wolff told reporters after the British Grand Prix.

“We could have easily lost two cars out of the points, and then the so-called Mercedes dominance would have vanished in a second. We could have had the fastest car at Silverstone but gone home with zero points.

“This is what I am always pointing out, that the championship is not over until it is mathematically impossible for anybody else to catch us and the race isn’t over until the flag drops.

“In that respect, I am not happy that my predictions come true sometimes for us, but that is also what I love about motor racing, that it is very unpredictable until the end.”

As turning points go, this ranks as a pretty dramatic one! 😵#BritishGP 🇬🇧 #F1 pic.twitter.com/lSck7fRoQY

Pirelli has launched a ‘360 degree’ investigation into the sudden tyre punctures in the final laps of race one at Silverstone, although Wolff suspects some debris from Kimi Raikkonen’s car could have played a significant role in the chaos.

He added: “Pirelli is always very diligent and very transparent in pointing out if there will be potential problems, and it was clear from the beginning that with this generation of cars and the amount of downforce at Silverstone, there could be blistering on the tyre.

“It is a very difficult job to produce tyres for cars that generate so much downforce, so doing these laps with the hards was not something that was completely unusual so we take the risks.

“I wouldn’t want to make any conclusions now as to what the reason of the failures was because there was so much debris out on track, looking at the [Kimi] Raikkonen bits on the track at the end.

“With any tyre, if it is worn down the debris will get through the carcass easier. I think we need to wait for Pirelli’s analysis and I am sure they will make the right decisions.”