Home News Wolff: I missed having Niki’s opinion in 2020 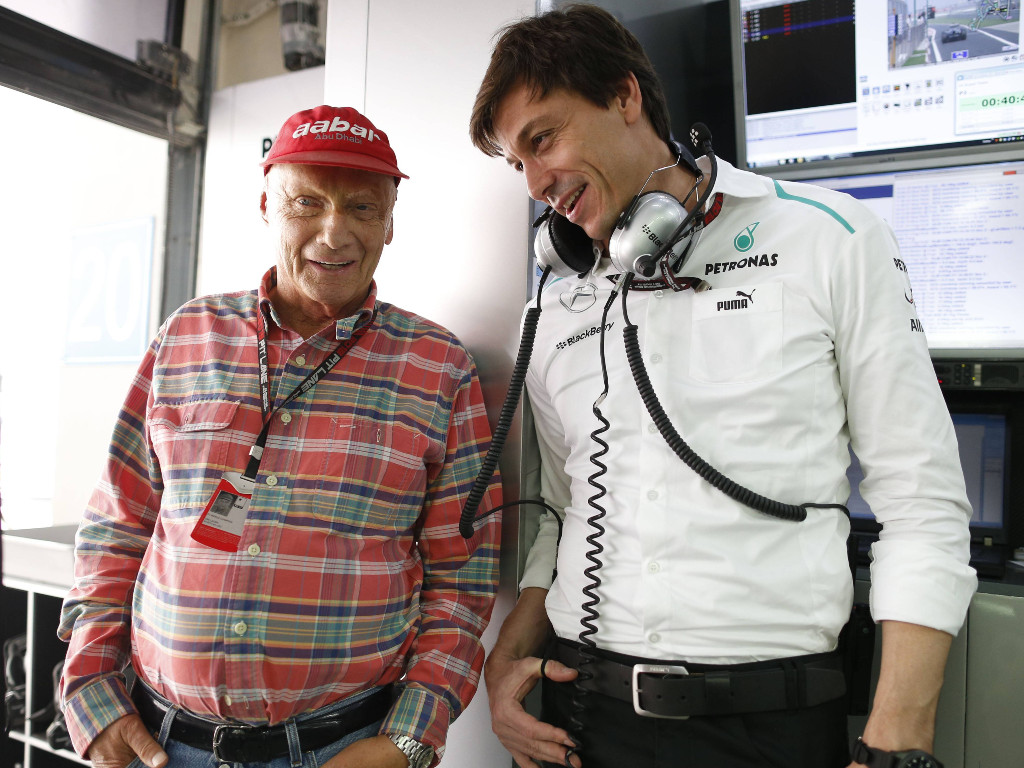 Mercedes boss Toto Wolff said there were times in 2020 where he missed not having his friend and colleague Niki Lauda there for advice.

Lauda, three-time World Champion, who had served as non-executive chairman of the Mercedes Formula 1 team, passed away in 2019 shortly before the Monaco Grand Prix.

Lauda was an extremely close friend to Wolff as well as a trusted colleague, and during a challenging 2020 season for all involved, especially on a personal level due to COVID-19, Wolff missed the presence of Lauda at times when he would have sought his opinion.

“[I missed him] more than ever this year, because in 2019 I was almost in a state of shock that he had died and I just kept going,” said Wolff in an interview for the Formula 1 magazine.

“I only really realised at the end of the year that my good friend was gone. My travelling buddy was gone and my confidant was gone. The structure we had was such a big part of my life – flying to races together, having our discussions, having dinner every single day.

“He would leave the circuit at four or five [p.m.], then I’d turn up for dinner at 8pm and he would be there with his iPad saying he’d been sitting bored for an hour. He would leave for the circuit in the morning before any catering stuff was there, but he loved to work the first shift and I would take over the second shift… I truly miss him, mostly as a friend but also as a confidant.

“There have been situations this year where I’ve wished I could have had his opinion.”

However, Wolff said he has been able to ask himself ‘what would you have done, Niki?’, something which often was easy to answer due to Lauda’s to-the-point approach.

“In a funny way, when I ask myself, ‘what would you have done, Niki?’ the answer comes to me immediately, because he was so straightforward.

“When I used to ask Niki about various situations he would always respond with such certainty: ‘I think you should do this…’”

2020 was another season of dominance for the Silver Arrows as they stretched their run of Drivers’ and Constructors’ title doubles to seven in a row.

Wolff has also signed a three-year deal to continue as the team principal of Mercedes, while also becoming an equal owner of the team alongside INEOS and Daimler.