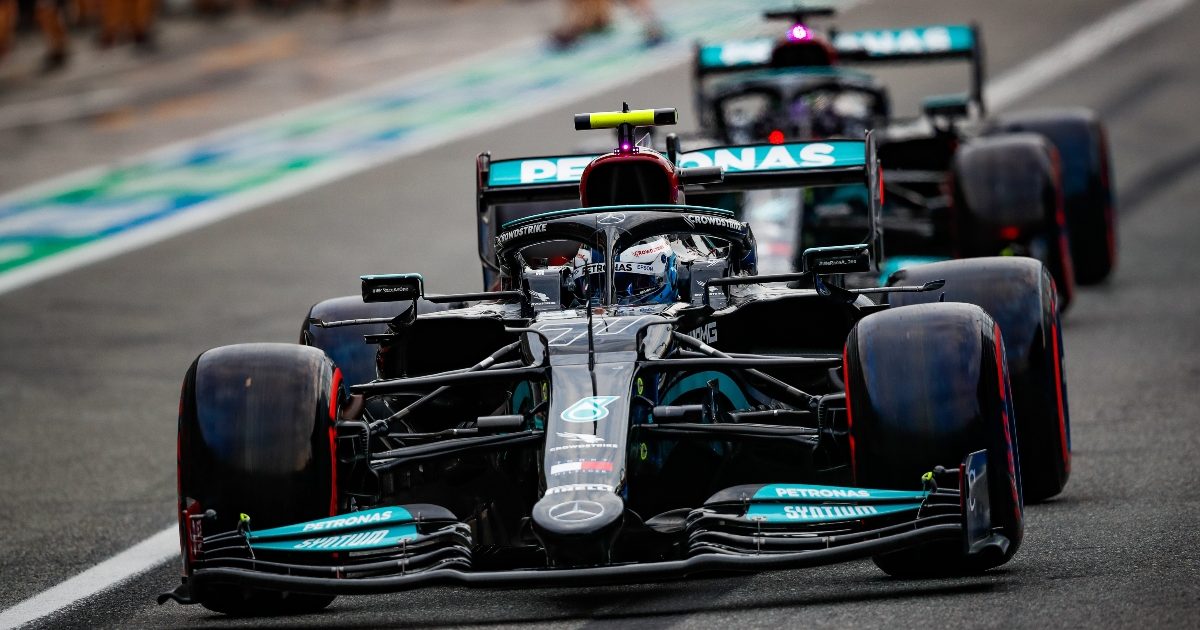 Toto Wolff hasn’t ruled out team orders being issued during sprint qualifying in Monza, with it very much seeming a possibility.

The German team headed into qualifying the favourites to take pole position and locked out the front row, as was largely expected.

What wasn’t was Valtteri Bottas being the one to secure P1 for sprint qualifying rather than Lewis Hamilton, with the Finn going just under a tenth faster.

Regardless of how he does in the sprint though, he’ll be starting the Sunday race from the back of the grid after the team changed his engine.

Given that, and the fact that Hamilton is the one in a title fight, it seems logical that Bottas will be asked to move aside for the Brit at some point.

Going by Wolff’s comments, it could well happen, but he says that no decision will be made before the start, with the team instead waiting to see how events unfold.

“It is difficult, generally, when you have to call team orders because all of us as racers, we don’t want to see that,” the Austrian told Sky.

“Everybody here should be aware he’s [there] on merit. But, in this case, Valtteri is going all the way to the back on Sunday, so we need to see how the start pans out.

“There’s not too much to discuss [beforehand]. Just be careful in the first corner, and then we’ll see where they are.”

“Yeah presumably,” he said when asked if Mercedes would tell Bottas to let Hamilton through at some point if the situation allowed it.

UPDATE: @ValtteriBottas has taken a new Power Unit this weekend and will start Sunday's #ItalianGP from the back of the grid.

He will still start Saturday's Sprint Race from P1. 💪 pic.twitter.com/sjaULk4I1D

Mercedes have revealed that Bottas’ engine was changed mainly due to the fact that there were some concerns over it.

However, Wolff has also said that it’s the ideal time to make the change because the Alfa Romeo-bound driver can still start the Saturday race from the front at least.

He said: “We had a little bit of a worry because we wouldn’t have taken it otherwise.

“And in the sprint races format, it’s quite good because you have to take the penalty only for Sunday.”