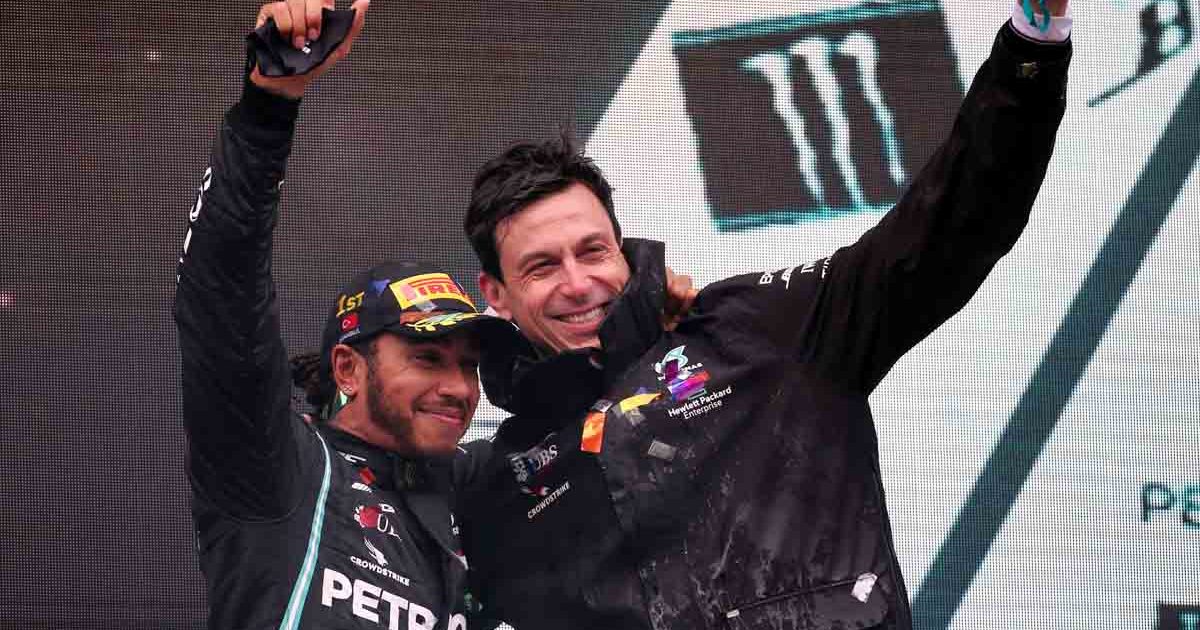 On the eve of the Hungarian Grand Prix weekend, Red Bull saw their appeal rejected by the FIA as Christian Horner’s team tried to increase the severity of the punishment given to Hamilton in his role which led to Max Verstappen crashing out in spectacular fashion at the British Grand Prix.

Even though the accident and the resulting action from the FIA is now done and dusted, the ramifications of the crash between the two teams are clearly not over.

Speaking to Sky Sports F1 after the first practice session in Hungary, Toto Wolff elaborated a little further on Mercedes‘ statement, published Thursday, which welcomed the FIA’s decision but also made reference to a ‘concerted attempt’ by Red Bull to ‘tarnish the good name and sporting integrity’ of Lewis Hamilton.

“I think the comments that were made surely out of emotion were going directly against a seven-time world champion,” Wolff said.

“Words like amateurish should have no place and what it triggered was an avalanche of comments on social media.

“[It caused] a lot of controversy and added to further polarisation, and I think we as a sport we should do the contrary.”

“Sorry, Michael is unavailable at the moment. Please leave a message after the tone.”

Wolff was also asked about Max Verstappen’s criticism of Mercedes’ celebrations given the nature of the victory at Silverstone and the fact that the Dutch driver was still in hospital.

The Mercedes team boss replied: “I think you can only rely on the information given at the time and the information we had from Christian [Horner] himself was Max was unharmed and, from another senior member of the Red Bull team that I asked, that Max was ok and doing fine.

“We also asked the media on the way to the podium whether Max was ok and everybody said he was fine. Look, we won the British Grand Prix after losing five races in a row, it was Lewis’ home Grand Prix and that’s why the celebrations were high.

“But again, this depends on the perspective you are looking at. If Max is in hospital for precautionary checks and didn’t feel well then you are seeing that [the celebrations] while you lost then you can have that perception [of being disrespected].

“That view [Max’s] needs to be respected.”

Wolff said he had not spoken to Christian Horner one-on-one since the crash at Silverstone, adding: “When it’s necessary to speak then I will do.”