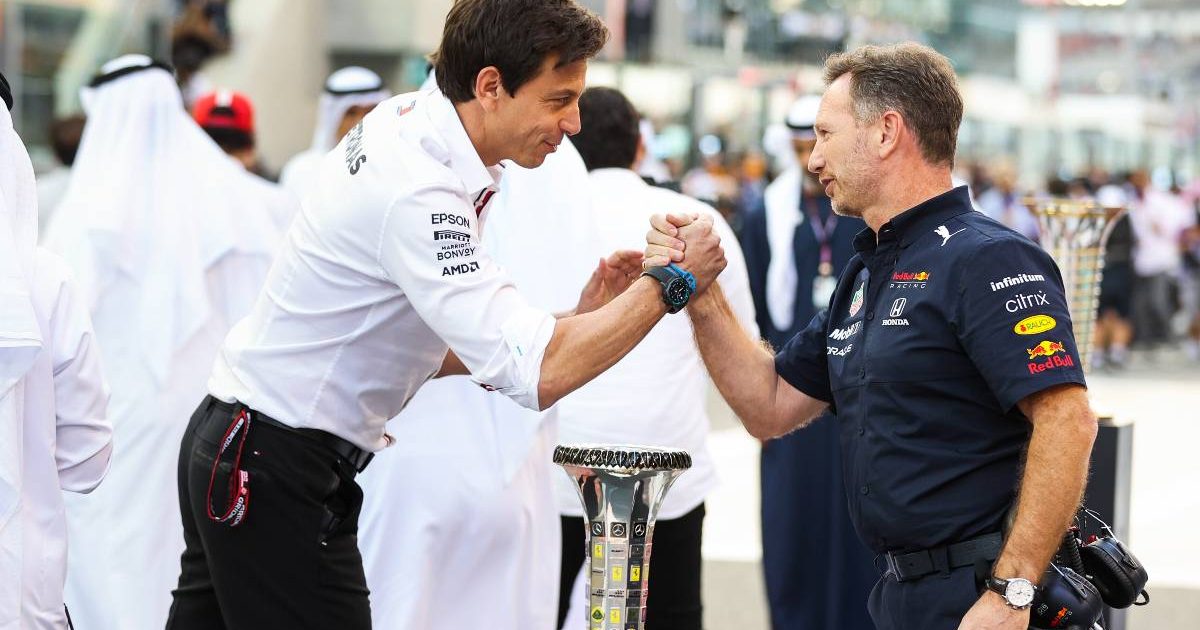 Toto Wolff has revealed the replies he received from Max Verstappen and Christian Horner to his text messages congratulating them on the World Championship.

Mercedes and Red Bull were embroiled in a fraught battle throughout the 2021 Formula 1 season, during which relations between the teams and the respective star drivers approached boiling point.

Wolff and his Red Bull counterpart Christian Horner began to resemble a couple of feuding football managers, or even boxers during a big fight build-up, as they traded jibes through the media.

Things were slightly more cordial where the drivers were concerned, although the rivalry between Verstappen and Lewis Hamilton reached a crescendo at the Saudi Arabian Grand Prix when the seven-time World Champion accused the young pretender of “brake testing” him.

Ultimately, at the season’s finale in Abu Dhabi, it was the FIA who became the focus of controversy as Mercedes and Red Bull ended up with one title apiece. Mercedes walked away with an eighth consecutive Constructors’ crown, while Verstappen snatched the Drivers’ championship from Hamilton amid a highly contentious climax.

Although Mercedes were livid about what happened at Yas Marina, protesting the race result and declaring an intention to appeal, with which they did not proceed, Wolff nevertheless felt able to sportingly send congratulatory text messages to both Horner and Verstappen.

And despite the animosity that permeated such a tumultuous campaign, his words were appreciated judging by the replies.

GPFans report Wolff as having said Verstappen texted him back with a reply of: “Thank you very much. It was a tough battle, I am looking forward to next year.”

As for Horner, Wolff is quoted as saying: “He wrote that it was a good duel and that we must not forget we are eight-time Constructors’ Champions.”

It adds further credence to the theory that beneath all the verbal jousting there is an underlying respect between the teams, most commonly seen outside of the paddock.

That was illustrated when Verstappen and Wolff bumped into each other at a restaurant in Monaco just as the championship battle was nearing its peak.

Verstappen revealed: “The relationship – I think I can be a forgiving person, but at the moment it’s still all so new…that it’s better not to talk about it too much.

“But I saw Toto in Monaco before Saudi, I had a dinner and he was sitting on the table next to me and we had a chat. He, of course, goes flat out for his team and I know mine also do everything they can.”